Liverpool registered their first points in the UEFA Champions League 2022/23 season after a 2-1 victory over Ajax. Mohamed Salah opened the scoring for the hosts in the first half, but Ajax equalised in the first half through a Mohammed Kudus goal. The Reds left it late and Joel Matip scored the winner in the 89th minute to seal three points for his team.

What were the attacking zones for Liverpool? How many passes were attempted to the final third by Ajax? 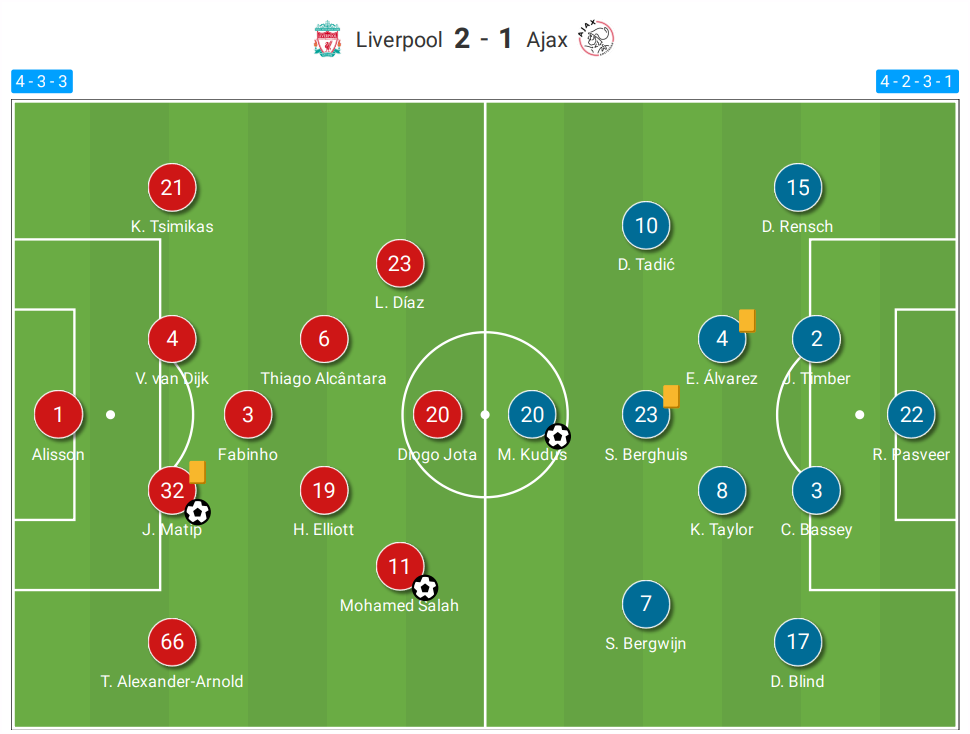