Kostas Tsimikas made a move to Liverpool in 2020 from Olympiakos. The left-back has been a part of Liverpool’s squad since then. Tsimikas has been unlucky since joining the English Premier League side and has remained on the treatment table for most of the time. In the first season, he only made seven appearances in all competitions, and that was followed by 26 appearances in the 2021/22 season. He is fully fit this season and looking for more opportunities. Kostas Tsimikas has played a few games this season and his performances have put some pressure on Andy Robertson. Liverpool’s defence is a bit shaky and Jurgen Klopp needs to find a solution to these problems. Tsimikas is a more attacking full-back than Andy Robertson. We look at some of the stats that show why Tsimikas is a better attacking full-back than Robertson. 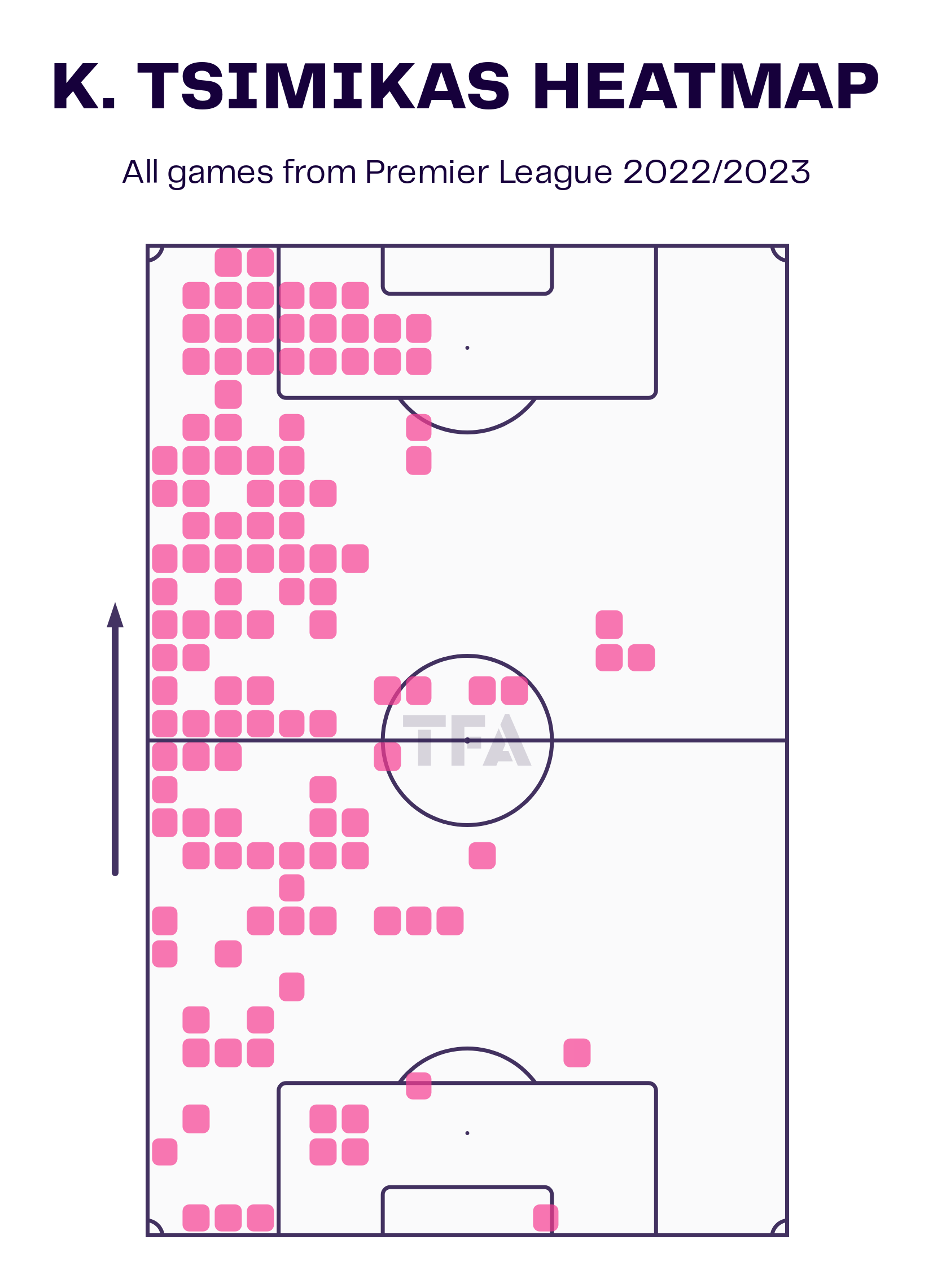 Kostas Tsimikas has spent 160 minutes on the pitch this season. He has made five appearances and has two assists to his name. The above viz shows the heatmap of the Greek international. We can observe that Tsimikas has penetrated the opposition penalty box on occasion and averages 2.8 touches inside the penalty box per 90 minutes. 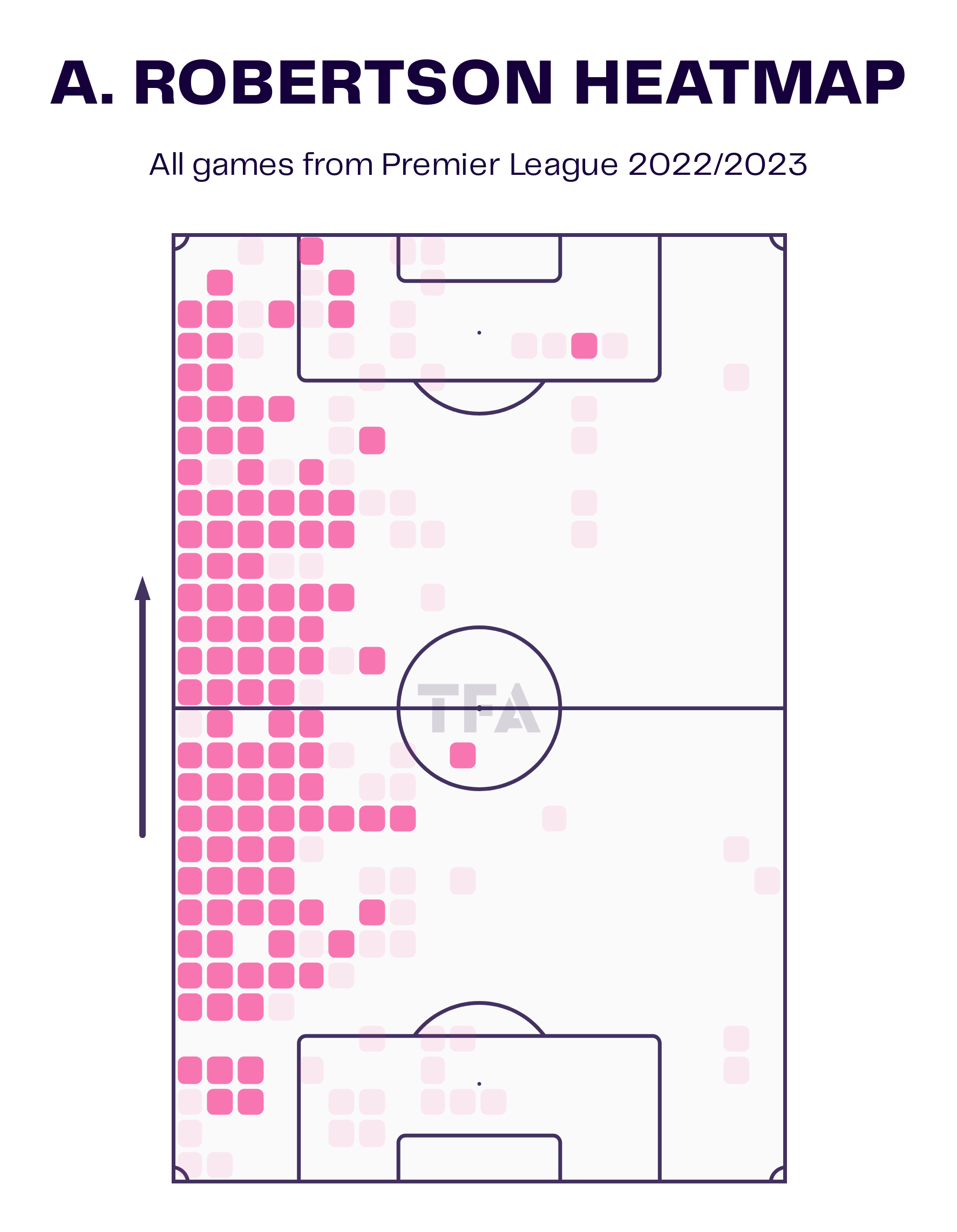 Andy Robertson’s average position is much wider, and the player has stayed mostly in the middle third. He averages 3.3 touches inside the opposition penalty box, but only has an assist to his name. Robertson has spent 435 minutes on the pitch and has appeared in every match. 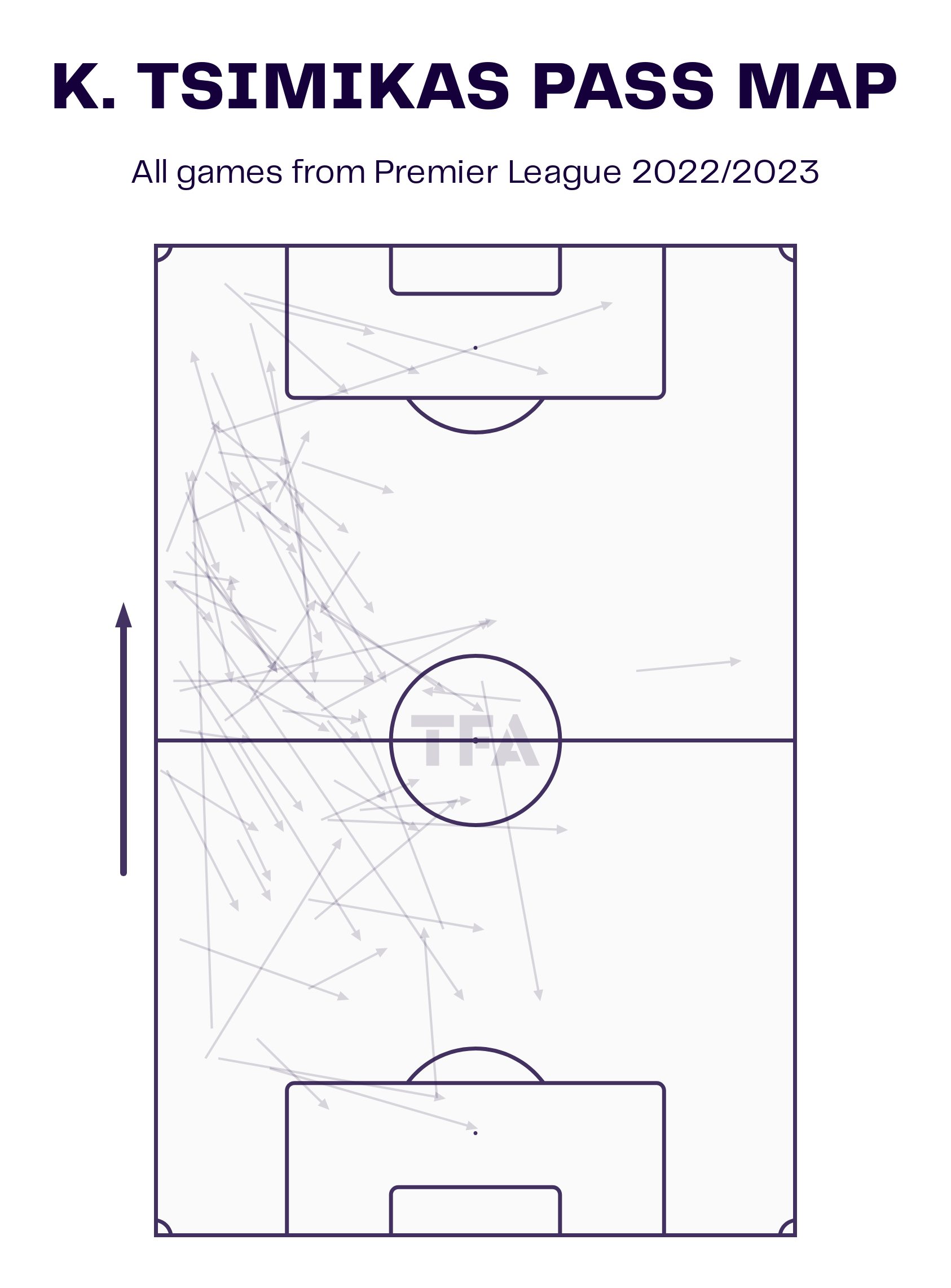 Kostas Tsimikas is on set-piece duties for Liverpool. He provided both the assists in a 9-0 victory for Liverpool against Bournemouth. Tsimikas averages 47.8 passes per 90 minutes with an 83.5% accuracy rate. These include 6.75 crosses and 4.5 passes to the penalty box with a 25% and 50% accuracy rate respectively.

Andy Robertson, on the other hand, averages 60.4 passes per 90 minutes. However, he only averages 3.5 crosses and 2.9 passes to the opposition’s penalty box. Kostas Tsimikas has created more threats with his passes and will look to add more assists to his tally. 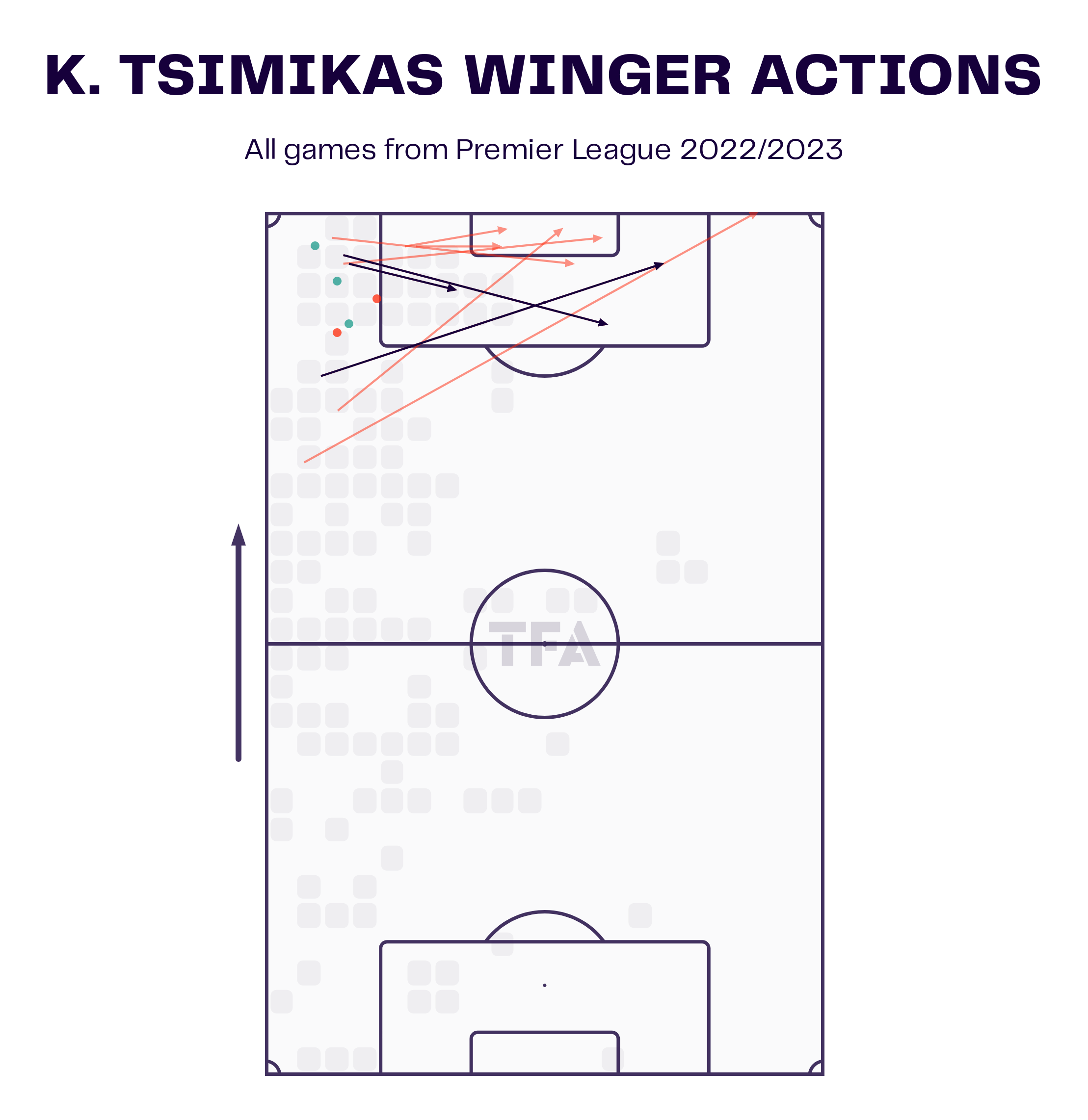 Kostas Tsimikas constantly tries to trouble the opposition by attempting crosses into the opposition penalty box. The green dots in the above viz shows the successful dribbles and the black arrows show the successful crosses. We can observe that Tsimikas has failed to find a teammate from crosses directed towards the 6-yard box, but has found them in other areas inside the penalty box. He will look to improve his accuracy rate and become more effective.

Some of the stats show that Tsimikas has been a better-attacking full-back than Andy Robertson. The Greek international has spent fewer minutes on the field but has been effective with the limited minutes he has got this season. He will look to remain consistent and become a regular in the squad.