Liverpool will look for back-to-back wins in the UEFA Champions League when they take on Scottish side Rangers. The Reds have made a disappointing start to the 2022/23 campaign and have drawn a few matches and suffered defeats in some of the other matches. Jurgen Klopp will be eager to see his side get back to winning ways. Rangers, on the other hand, started the season well, but defeats in their UEFA Champions League campaign and in the league have given them a setback this season. Both teams aim for a win as they go halfway into the group stage.

Liverpool started the season with a disappointing 4-1 loss against Napoli. The Reds struggled throughout the match and the result went against them. In their next match, Liverpool overcame Ajax by a scoreline of 2-1. They showed dominance in the match and were the better team on that day. Jurgen Klopp’s men have scored three goals and conceded five in return. They average 2.01 xG per match and have an average xGA rate of 2.17.

Rangers started the campaign with a 4-0 loss away at Ajax. That loss was followed by a 3-0 loss against Napoli at home. The Gers are now likely to finish at the bottom of Group A. Rangers have failed to score a goal and average 0.78 xG per match. Their defence has leaked seven goals, with an average of 2.58 xGA per match. Giovanni van Bronckhorst will hope that his side gives a respectable performance in this match.

Liverpool in the second half 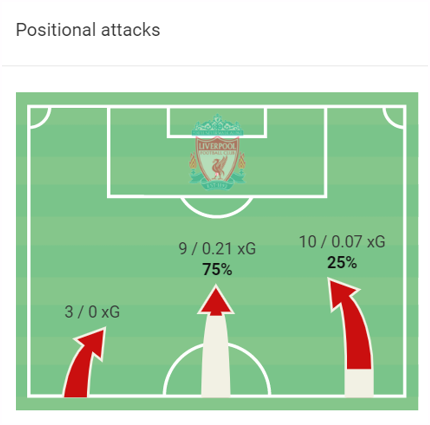 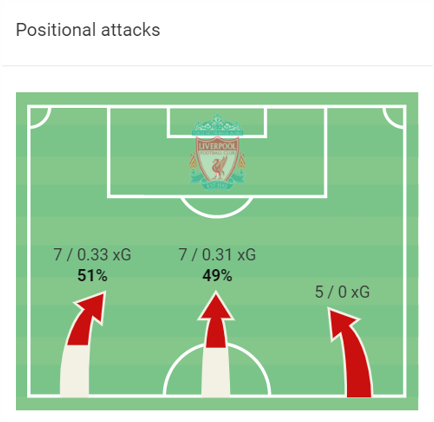 Liverpool have averaged 41 positional attacks per match and 18.5 shots per match this season. The above viz shows the positional attacks created in the second half by the Reds. In the first match, the Reds attacked more from the right side and from the centre. Against Ajax, they created most of the chances from the left and the centre. This shows that Liverpool can create attacks from both sides depending upon the strategy laid out by the manager. 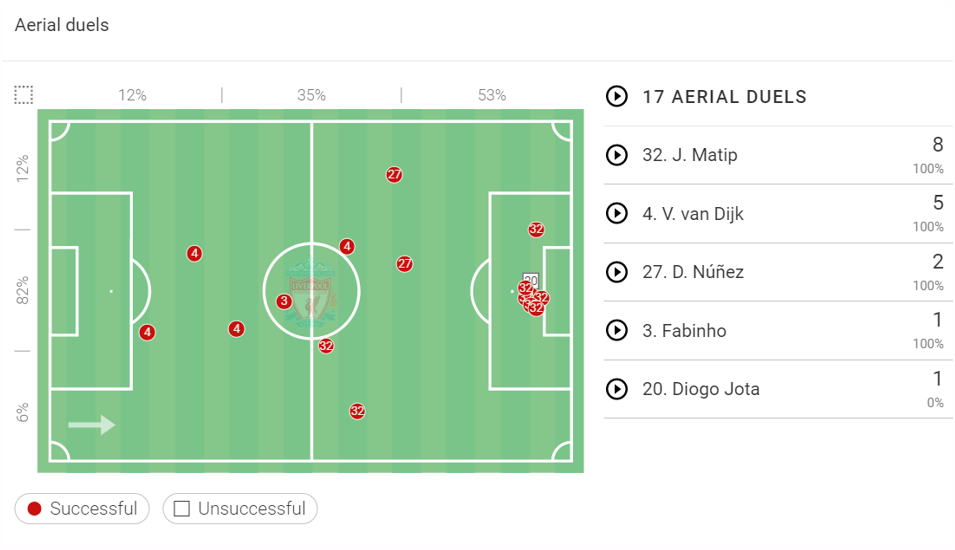 Liverpool were able to score a late winner against Ajax in the last round of the competition. Joel Matip scored a header from a set-piece. Liverpool have won 56.9% of their duels this season. In the second half against Ajax, they won 16 of the 17 aerial duels contested, and most of the wins came inside the opposition penalty box. They might try to put in crosses and go with the same plan in this match. 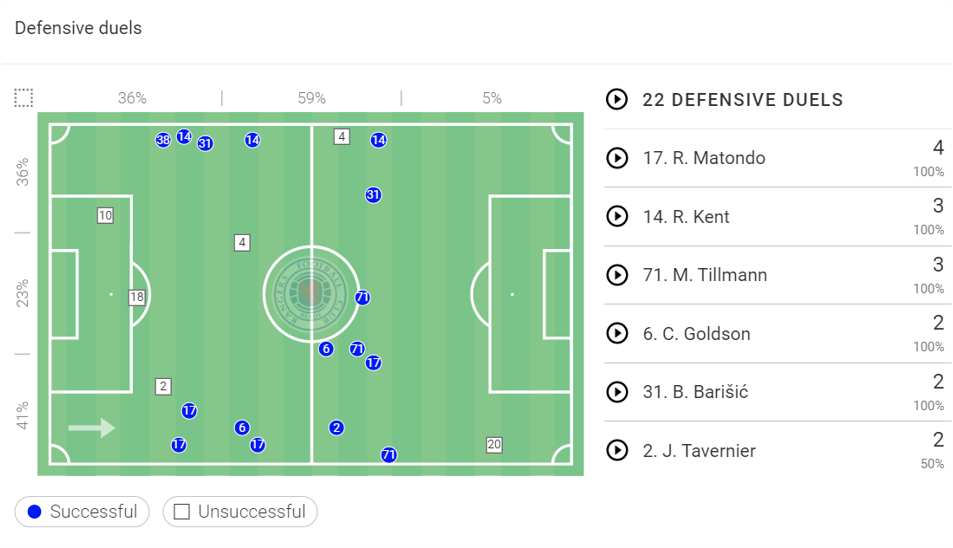 Rangers have won their duels this season but have failed to defend their goal this season. They have won 64.7% of their defensive duels and 46.77 aerial duels this season. They have won most of their duels in the second half and will be aiming to improve their record in the first half. Their win percentage is around 70% for defensive duels and around 60% for aerial duels in the second half. 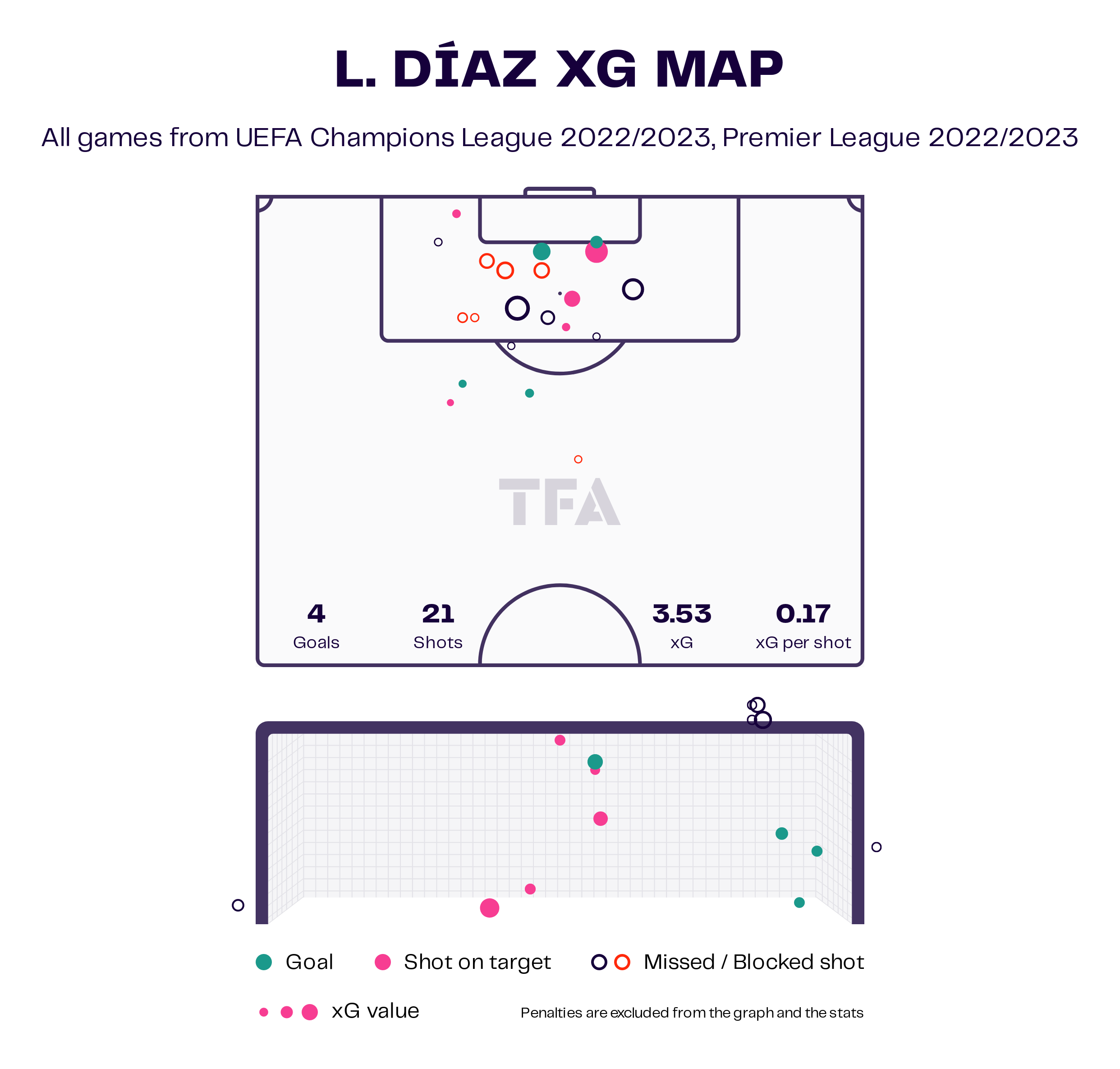 Liverpool’s Colombian winger will play a crucial role in this match. Luis Diaz is expected to start this match after being rested for the first half of their English Premier League match. He has scored four goals in all competitions and including a goal in the UEFA Champions League. The player is capable of netting long-range efforts and can also make some crucial runs into the penalty box. He will play a big role in this match. 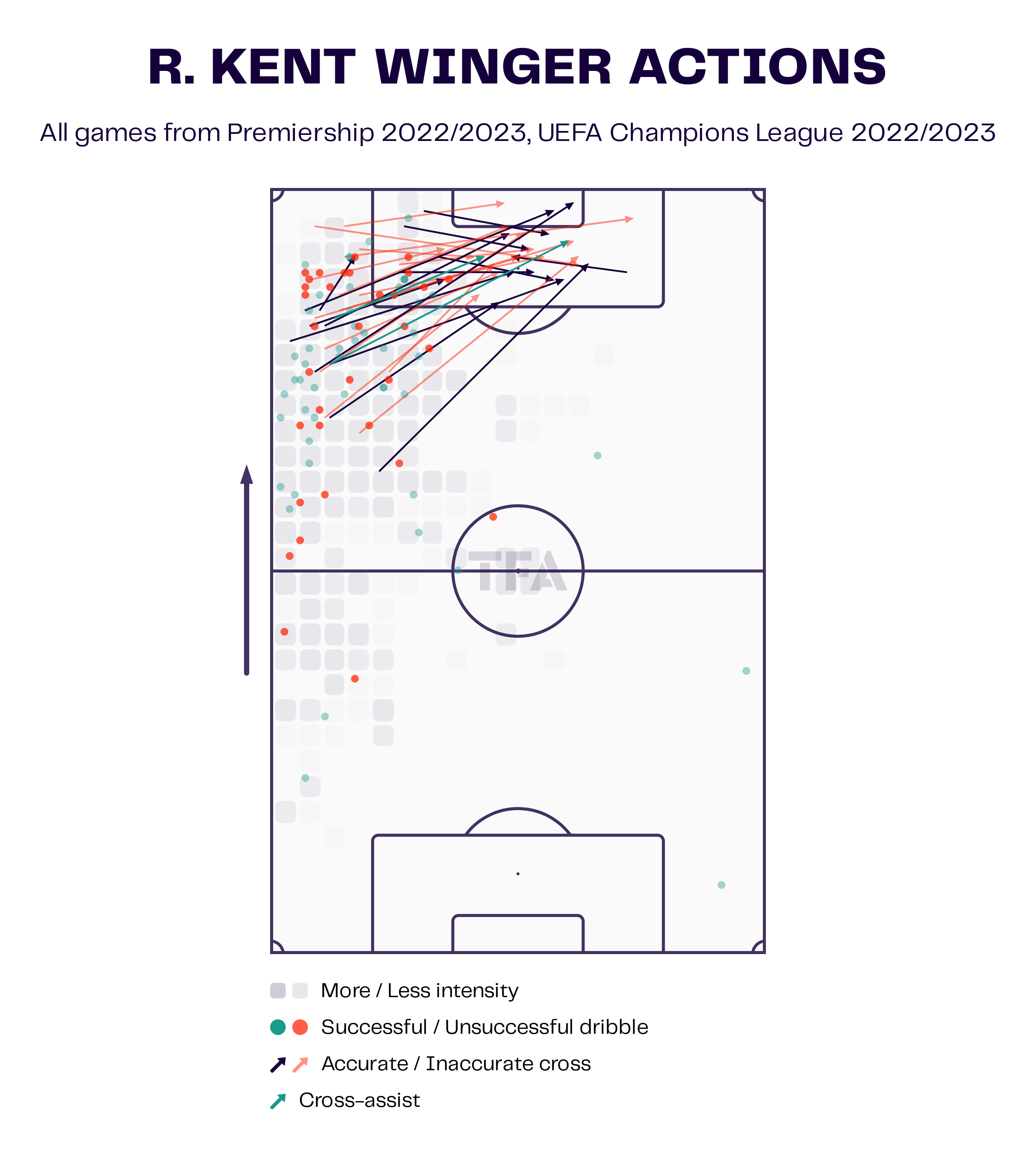 Ryan Kent will look to hit Liverpool on the counter. He has been the best Rangers player for the past few seasons. Ryan Kent has featured in eight games in all competitions for Rangers and has four assists to his name. The Englishman has also scored a goal for his team. He will be hoping to make his first goalscoring contribution in the UEFA Champions League.

Liverpool will be without Andy Robertson for this match. He is still recovering from his injury. Ibrahim Konate has also returned from injury, but he is unlikely to start. Jurgen Klopp could make a few changes to the team after a disappointing draw at the weekend.

Rangers do not have any new injury concerns. James Sands will miss the match and serve a suspension. Ben Davies will join Connor Goldson at the heart of the defence.

Liverpool will be the favourites to win the match and will look to get to the top of the group table. Rangers have less chance of getting any points away from Anfield.