Liverpool registered their second win of the UEFA Champions League 2022/23 campaign with a scoreline of 2-0 against Scottish giants, Rangers. Jurgen Klopp’s men now sit second in Group A and are three points behind Napoli. Rangers, on the other hand, have lost three consecutive matches and are likely to finish at the bottom of the table.

How many aerial duels were won by Liverpool? How many recoveries were made by Rangers in the middle third? 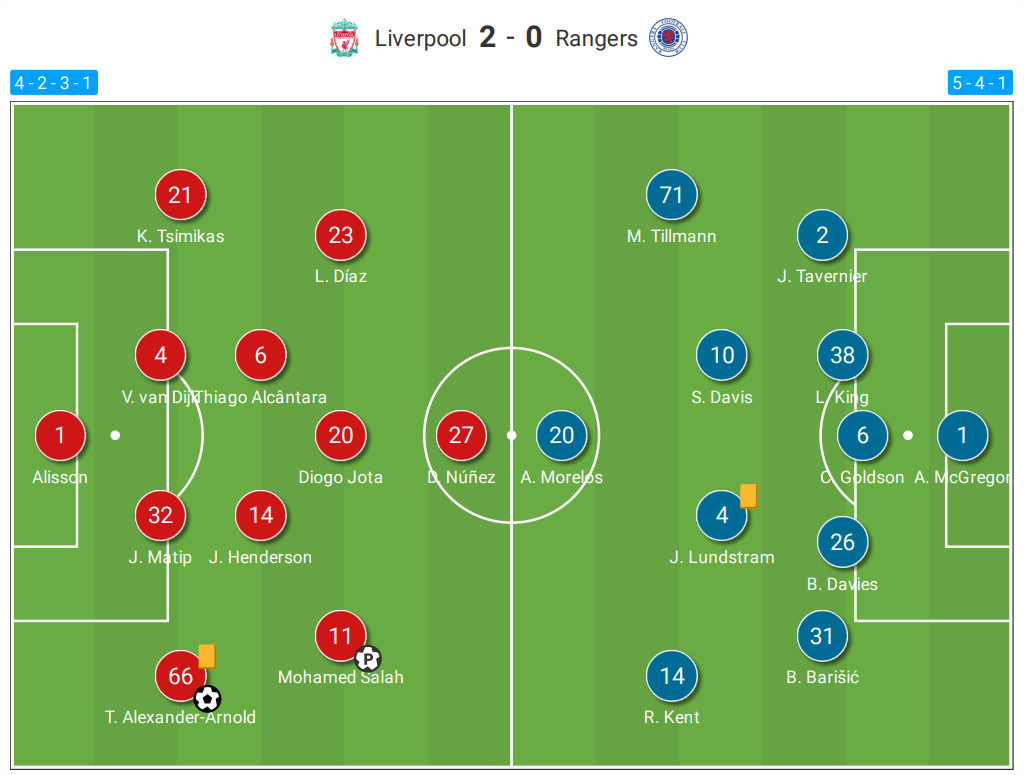