Liverpool have done a good deal of transfer business in recent seasons. They have recruited players who can take the club to the top level. The Reds have risen tremendously under Jurgen Klopp in the English Premier League. The German manager is also laying a platform for the future by signing a few youngsters and giving them playing time. Liverpool have recruited two Fulham youngsters in recent years. Harvey Elliott joined the club in 2019 and Fabio Carvalho was signed at the start of this season. These two players have spent minutes on the field and have been one of the positives for Klopp’s side. We look at some of their stats to learn more about their performances for the team.

Elliott was signed in 2019 when he was just 16 years old. He got a few minutes in his first season and was sent on loan to Blackburn Rovers in the following season. Last season, Elliott started in the opening few matches, but an injury forced him out to miss most of the season. Now the player is fully fit and enjoying his time on the pitch. 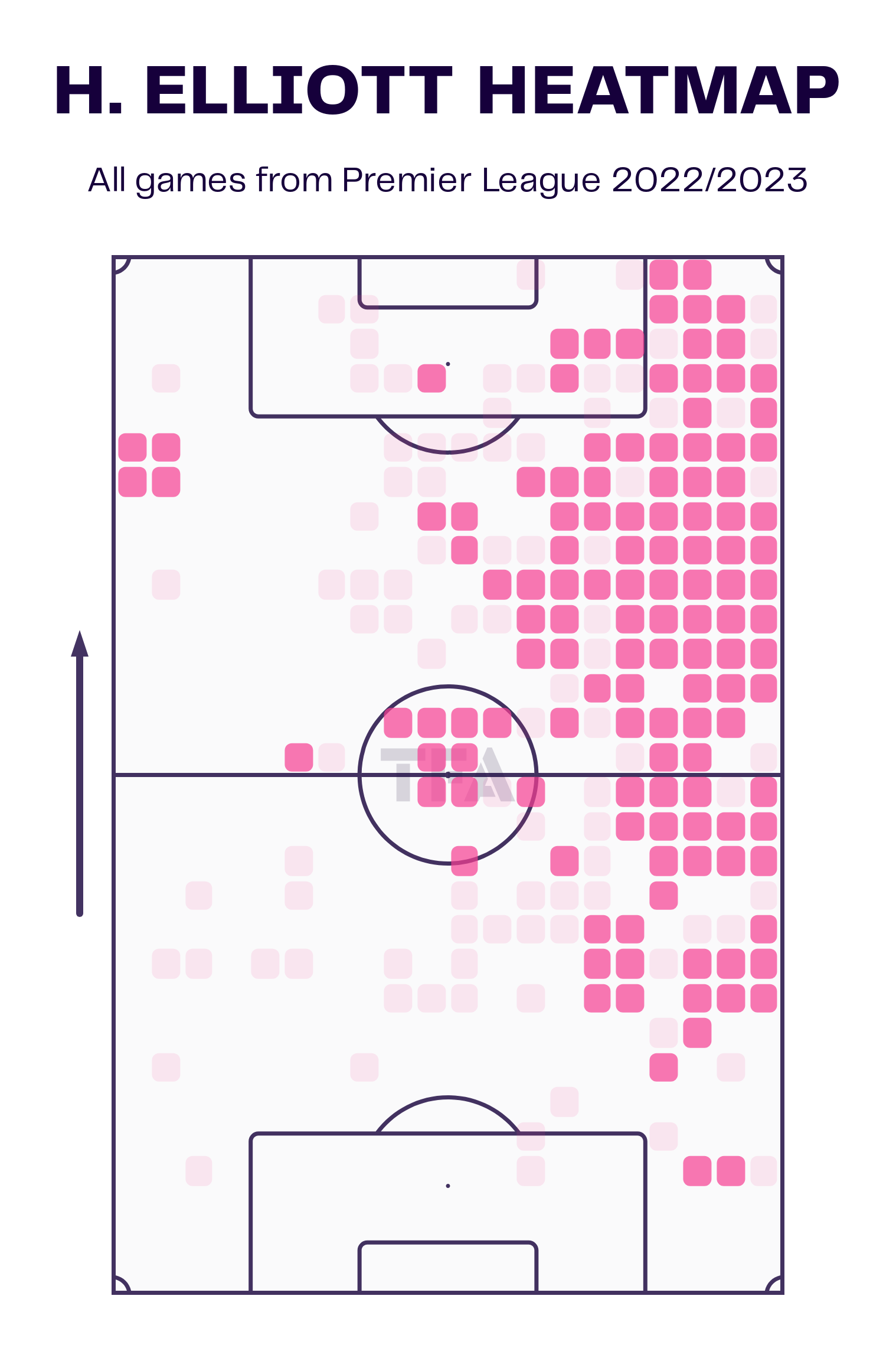 Elliott has made an appearance in every match for Liverpool. He has spent 456 minutes on the pitch and plays as a left-sided central midfielder. The 19-year-old makes numerous connections with Mohamed Salah and Trent Alexander-Arnold. The above viz shows that Elliott likes to stay wide, which allows the likes of Salah to make runs into the penalty box. Elliott has already scored a goal in his third season and will look to add more to his tally. 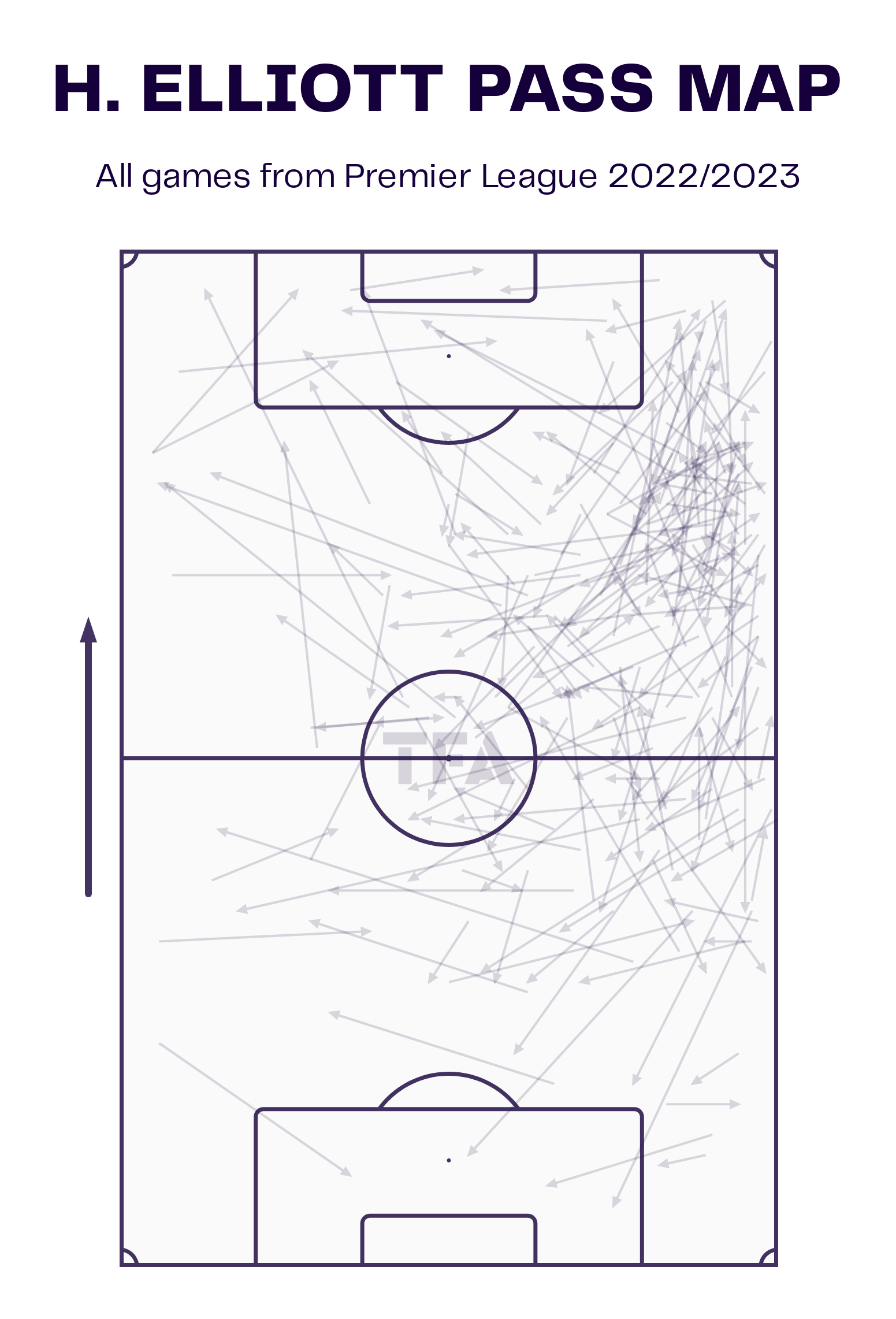 Elliott has impressed with his passing stats this season. He averages around 51 passes per 90 minutes and has a decent accuracy rate of 85%. Elliott has often tried to find a teammate inside the opposition’s penalty box and averages 4.7 passes into the box per 90 minutes with a 50% accuracy rate. The above viz shows that Elliott has curled a few passes into the penalty box. His creativity is a key factor in why Klopp starts him over other experienced players in the team. 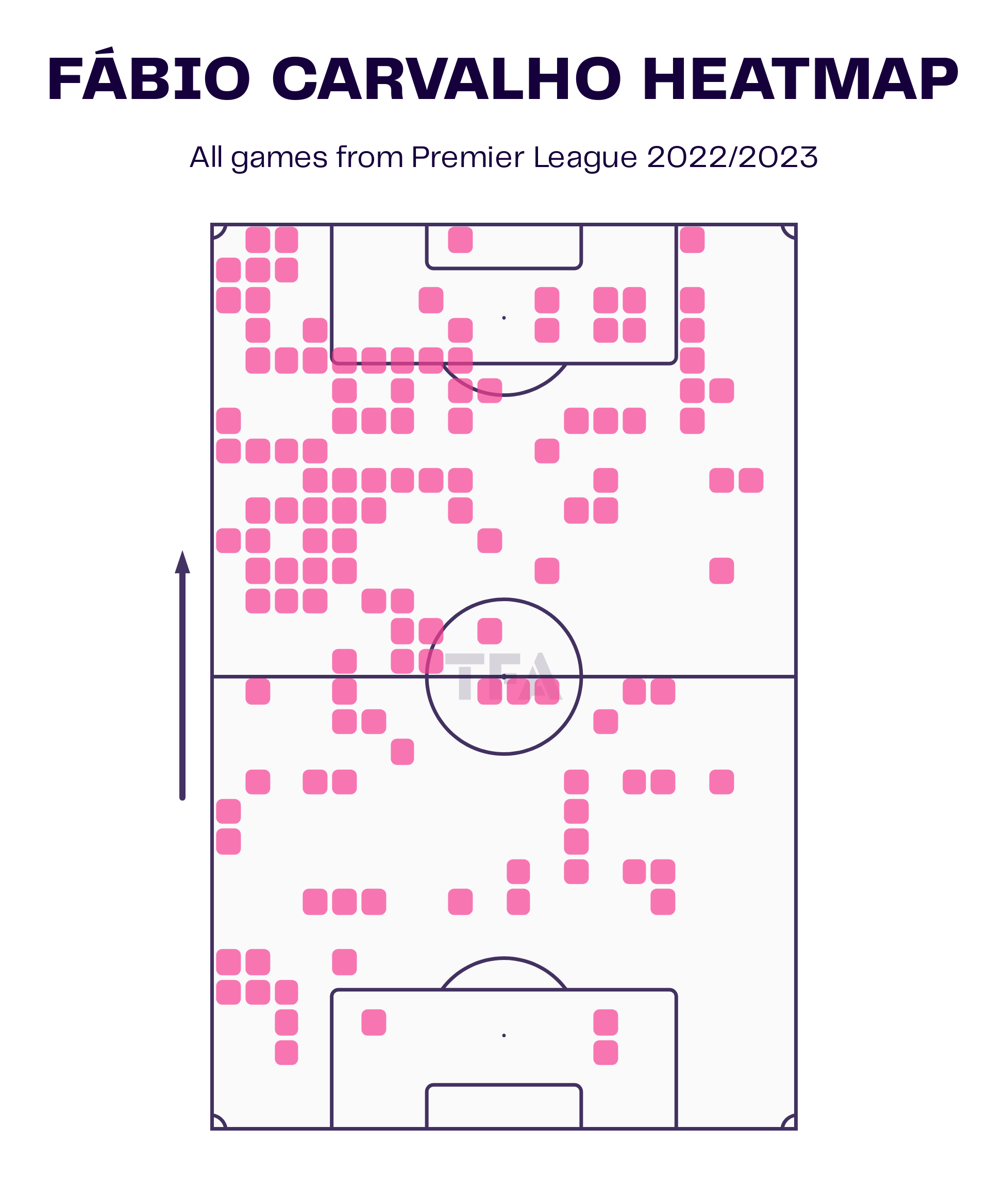 Carvalho was recruited this season after he helped Fulham to promotion to the English Premier League. He plays on the left side of the midfield three in a similar kind of role to Elliott. Carvalho has a more attacking edge to his game than Elliott. He already has two goals to his name in his 185 minutes on the pitch. 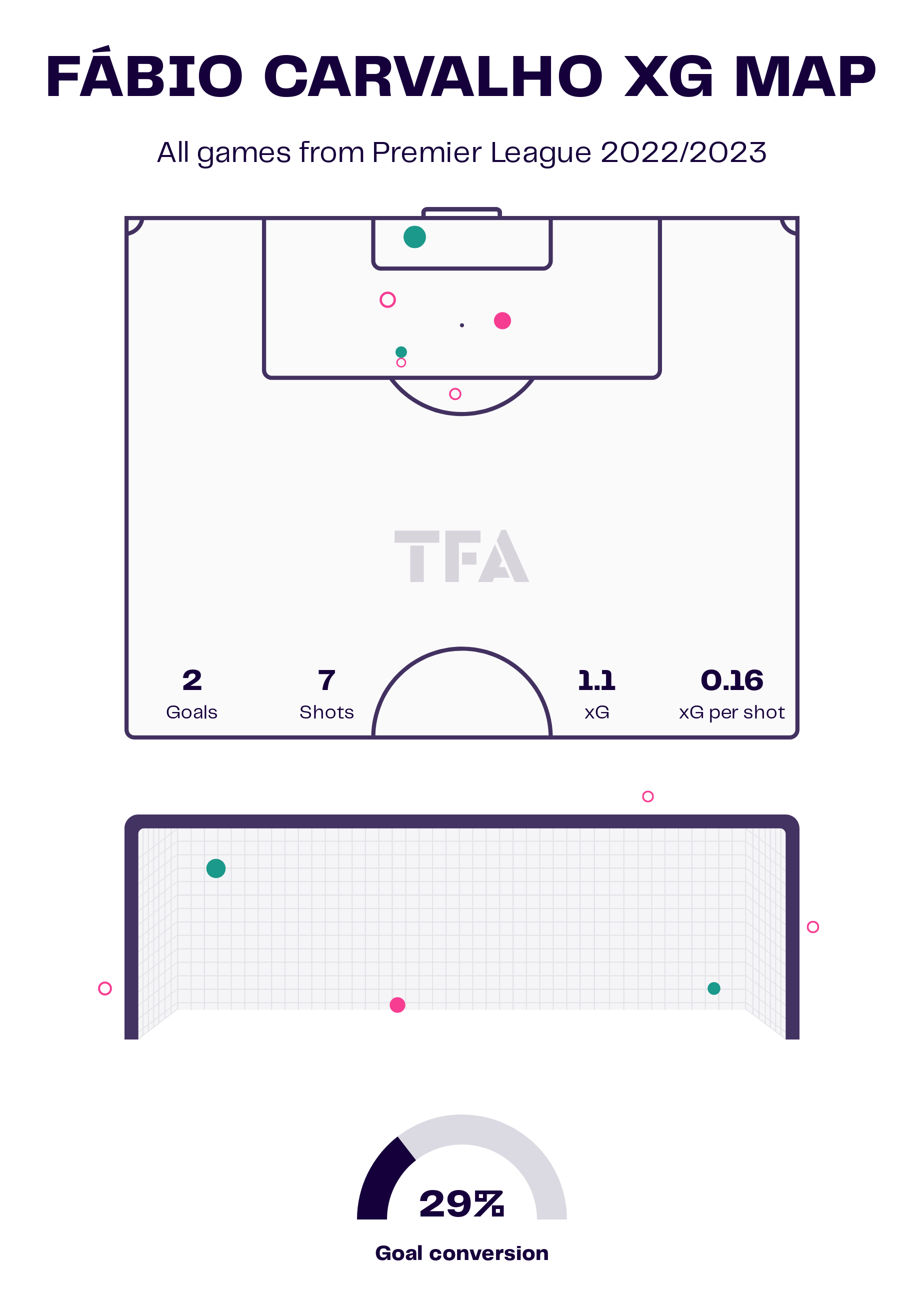 Carvalho likes to penetrate the opposition’s penalty box and has already taken 11 touches. He attempted seven shots with an xG rate of 1.1, and three of them were on target. Carvalho scored the winner against Newcastle United and will look to score many more winners in Liverpool colours.

These two players have performed decently for an injury-hit Liverpool. They look like a good asset for Liverpool’s midfield in the future. The players are starting to settle into the team and are the future of the club.