Jurgen Klopp will be happy to see Diogo Jota back in the Liverpool team. The Portuguese international was unlucky to get injured before the start of the English Premier League season and missed the first five games. He returned to action against Everton in the Merseyside derby. Liverpool have had a mixed start to the season. They have drawn three matches and lost one of the six matches played in the English Premier League. There were some inconsistent performances from the attackers, and the German manager had to rotate the players. Roberto Firmino stepped up in one match, and Darwin Nunez was impressive in his debut match. Both these players lost their touch in recent matches, and Jota’s return will be key for Jurgen Klopp. We now look at some of the stats of the player from last season and this season that show how Jota could be handy in the coming matches for Liverpool. 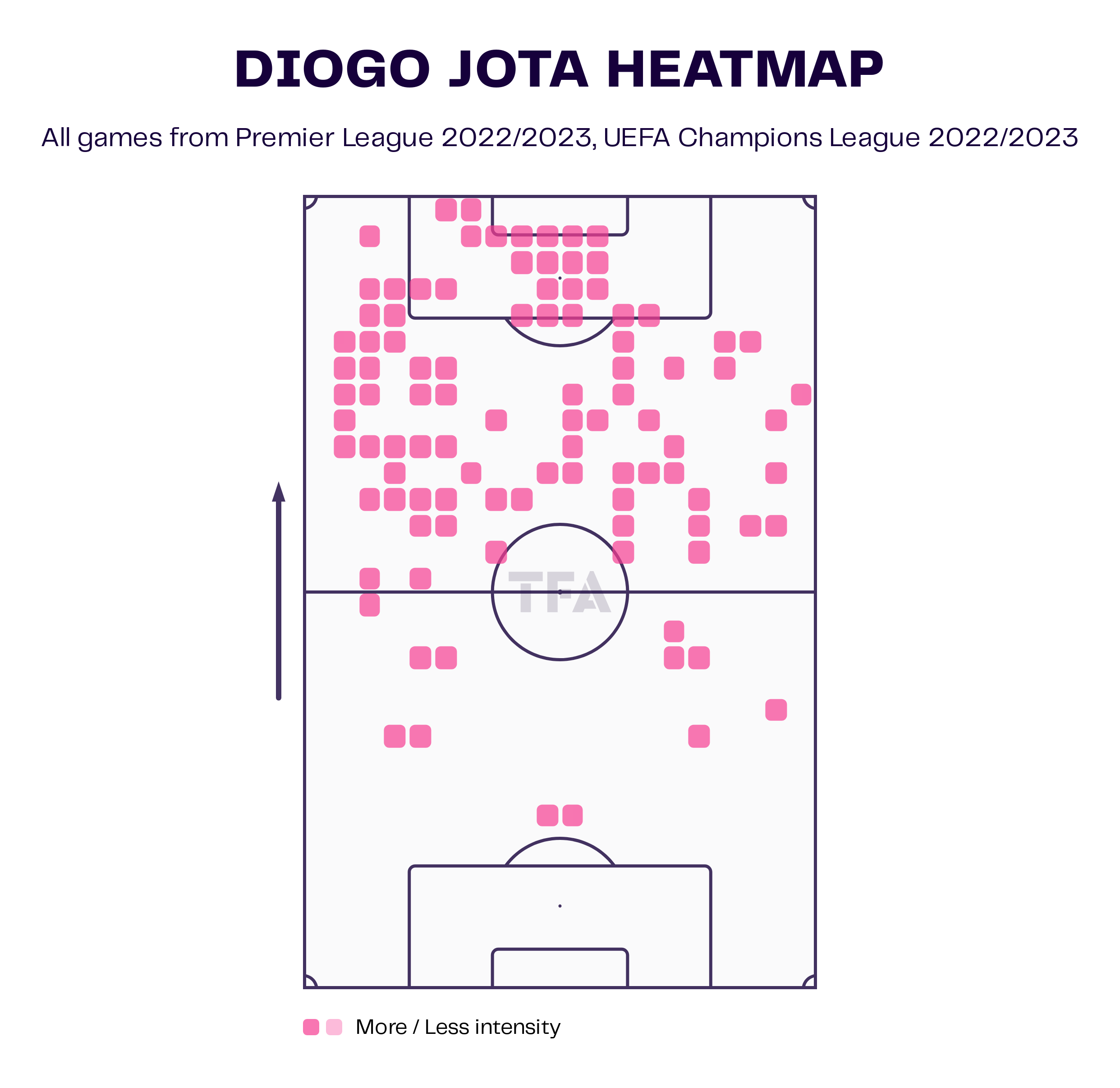 Diogo Jota is a versatile forward who started playing on the left side but can also play in the number nine role. He has made three appearances for the Reds this season and spent 118 minutes on the pitch. The 25-year-old has an assist to his name 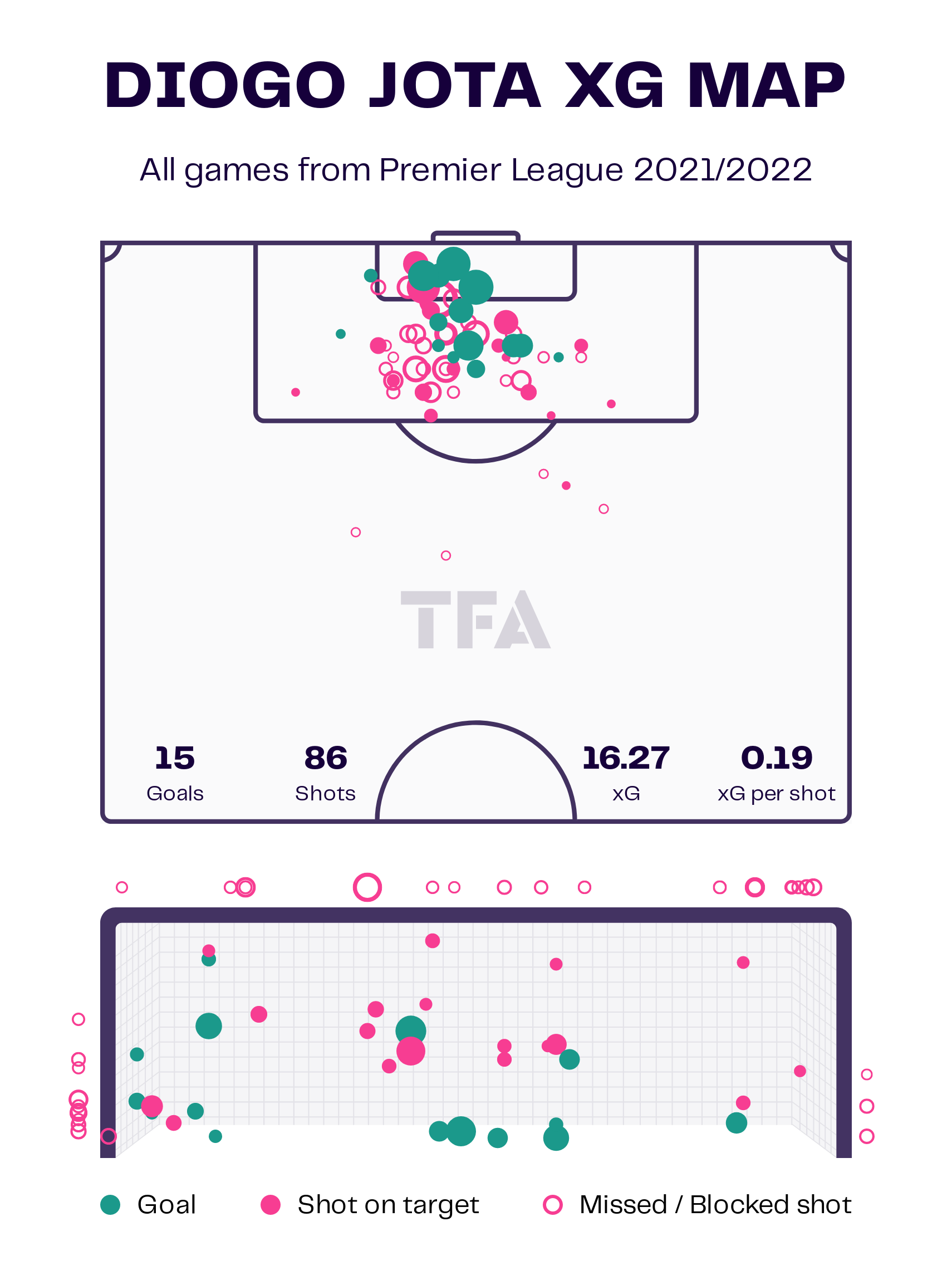 Diogo Jota has been a goalscorer for the Reds since joining the club in 2020 from Wolves. The Portuguese international scored 15 goals in the English Premier League and was a key part of Liverpool’s second place finish in the league table. The above viz shows the shot map of the player. We can observe that Jota likes to attempt most of his shots from inside the penalty box. He can also find space inside the 6-yard box and score tap-in goals. Last season, he averaged 3.05 shots per 90 minutes, with a 38.4% accuracy rate. His xG rate per 90 minutes was 0.58. The player will look to regain his form and help Liverpool win more games this season. 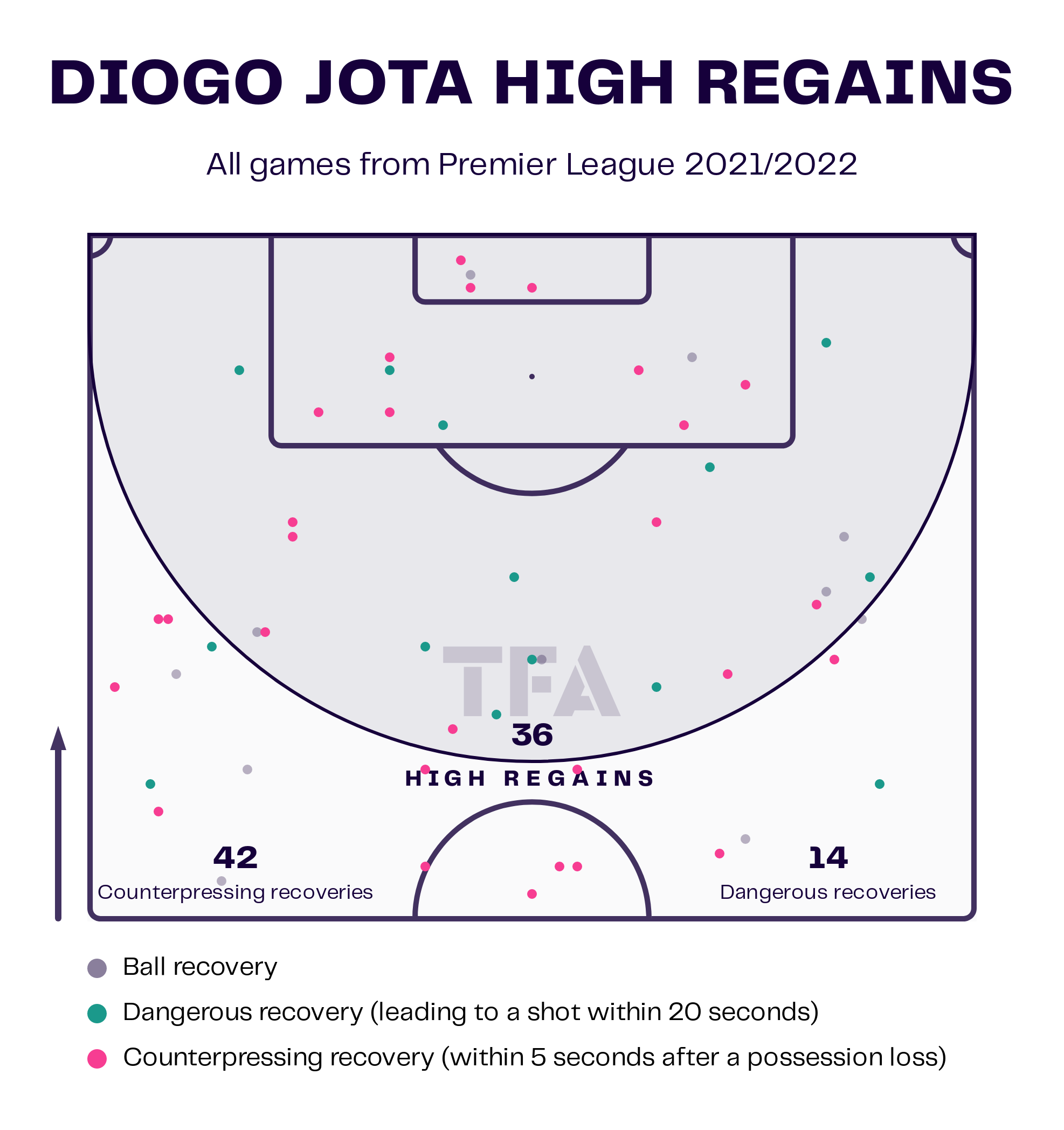 One of the most impressive stats about the player is his ability to recover the ball in dangerous areas. Liverpool plays a high attacking line and often loses the ball while attacking. Players like Diogo Jota play a crucial role during these situations and can also help them to score goals from these recoveries. He made 42 counter-pressing recoveries and 14 dangerous recoveries. Jota will look to make more recoveries this season and put pressure on the opposition defender.

The 25-year-old has returned to action for the Reds. He is a versatile attacker who can play through the centre and on the flanks. Diogo Jota is yet to start a match in the English Premier League and will be hoping to score goals in double figures this season.