Liverpool go through to their third UEFA Champions League Final after defeating Villarreal 3-2 in the second leg of the semi-final and 5-2 on aggregate. Boulaye Dia and Francis Coquelin gave the hosts a surprise lead at halftime before the Reds put three in the second half, with goals from Fabinho, Luis Diaz and Sadio Mane.

How much was the pressing from both the teams in terms of PPDA? Which player took the most shots in this game? 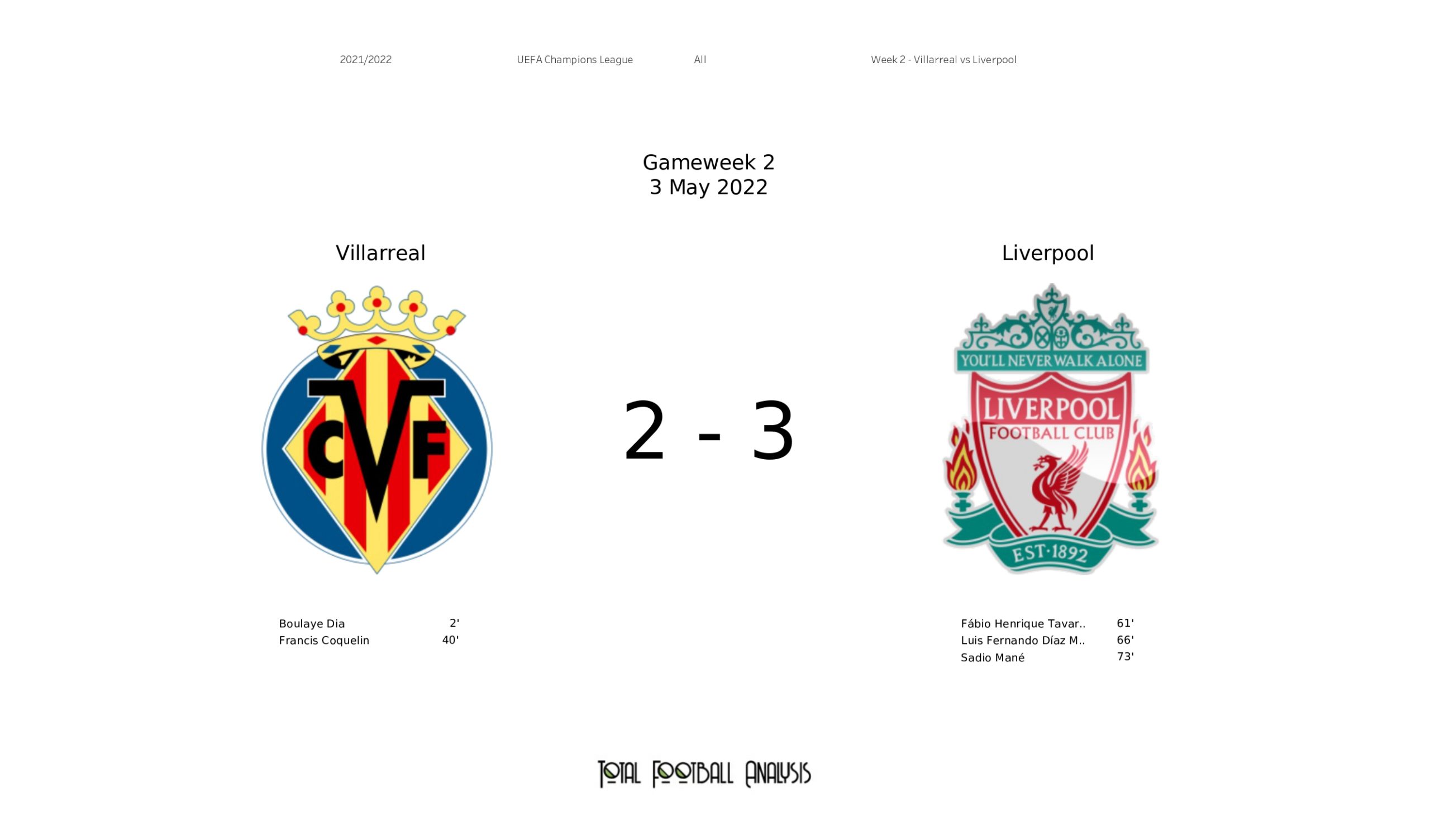