On Saturday 7th May 2022, Liverpool will welcome Tottenham Hotspur to Anfield for a crucial game in the Premier League. The Reds head into this important game after a morale boosting 3-2 win over Villarreal in the second leg of the UEFA Champions League semi-final. It will be their third UCL Final appearance in the last five seasons. Their last game in the Premier League was a 1-0 away win at Newcastle United, with Naby Keita scoring the only goal of the game. Coming into this game, Tottenham won 3-1 at home against Leicester City. 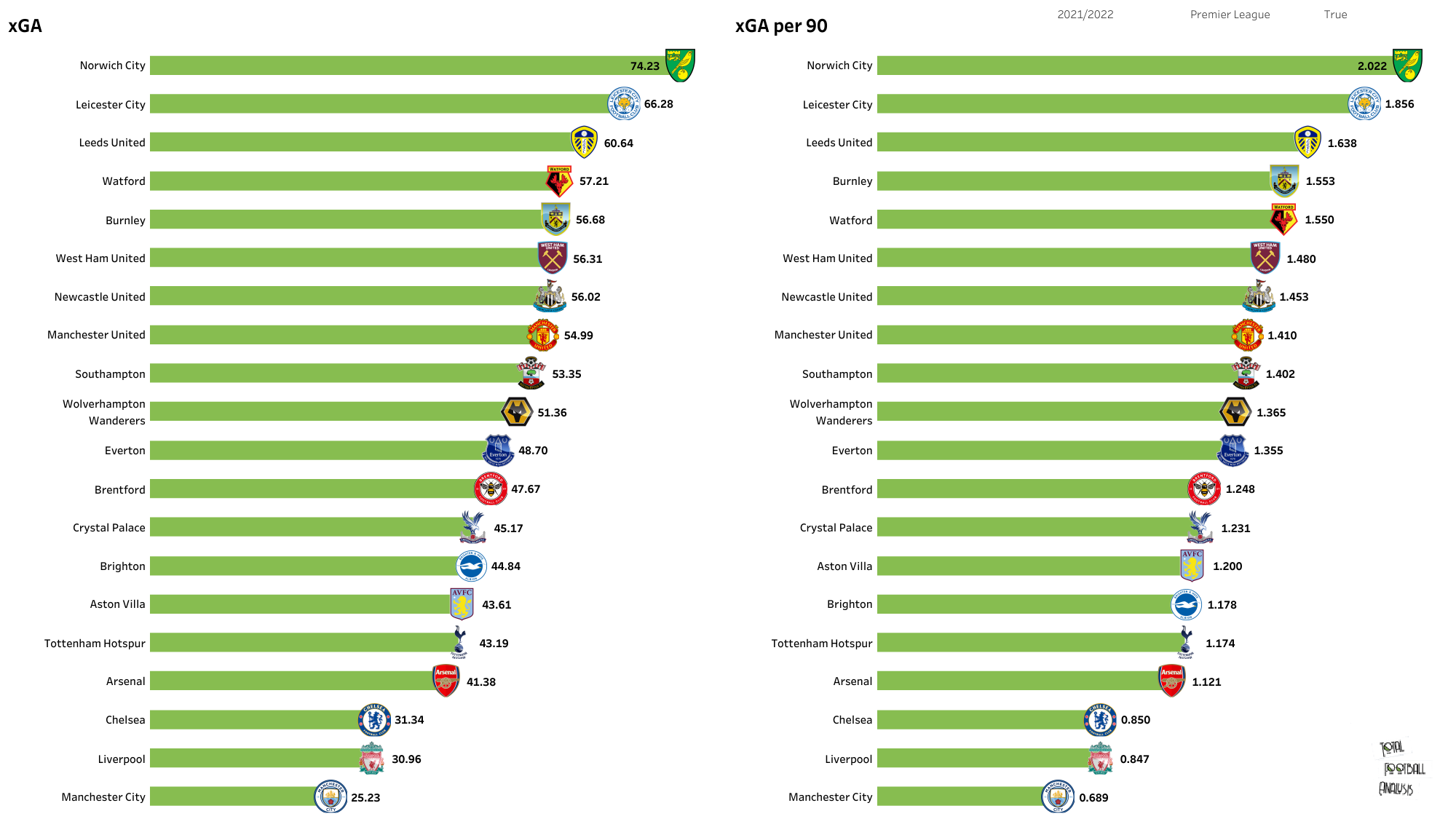 Having clinched their spot in the Champions League Final, Liverpool can now focus on the Premier League as they have four more games left. The Reds hold the second best defensive record in the league with 22 goals conceded, trailing only the current table toppers Manchester City. Liverpool were expected to concede 31 goals so far this season. Thus, they have overperformed at the back by nine goals. 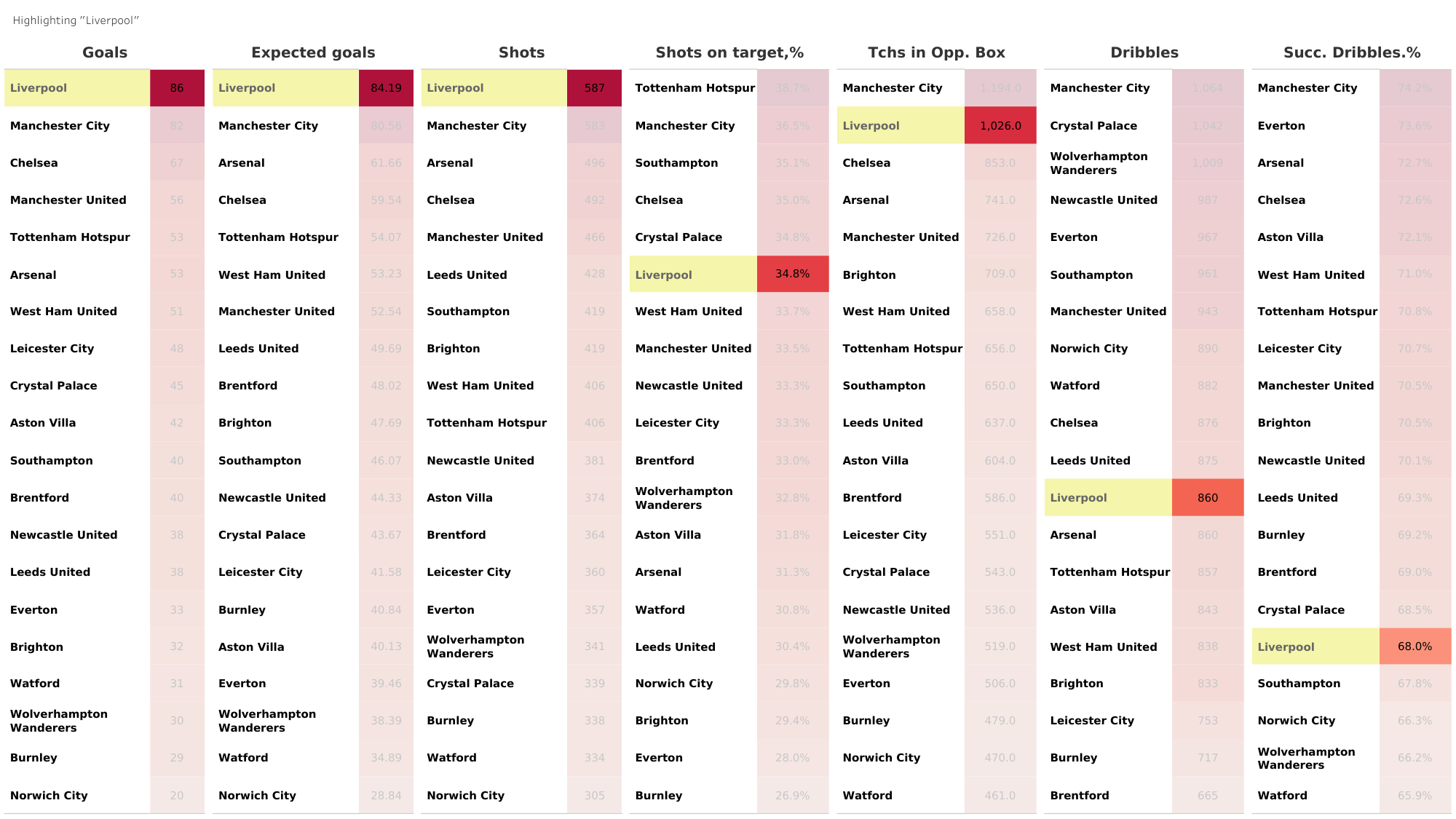 Liverpool have been, by far, the best performing attack in the league this season, netting 86 goals. They rank at the top of the league in goals scored, xG, total shots, and second in touches inside the opposition’s penalty area. With 34.8% of their shots hitting the target, they rank sixth in this category. The only category where the Reds rank in the bottom five is successful dribbles %. 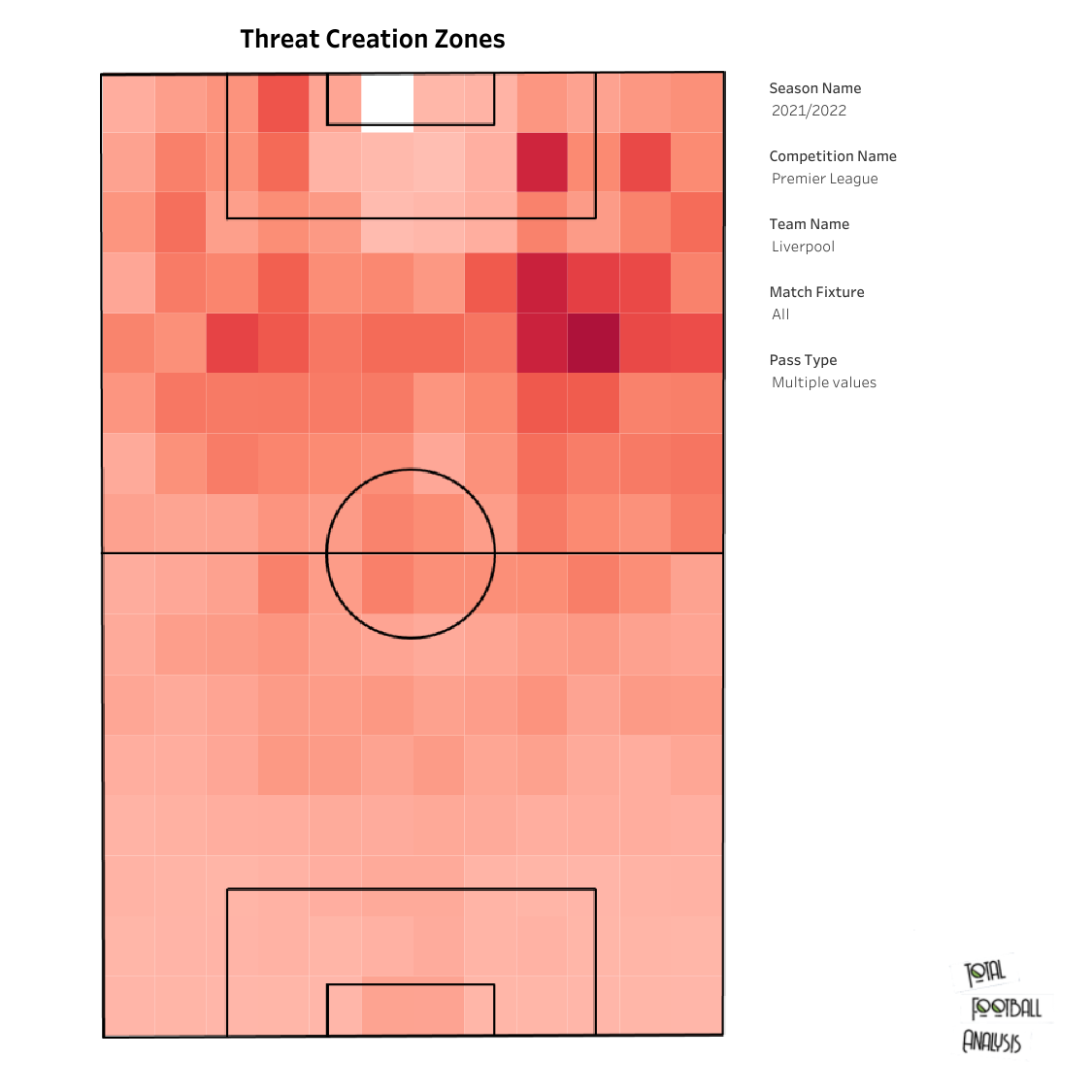 Liverpool’s attacking threat has primarily come from the right-hand side of the pitch. Mohamed Salah and Trent Alexander-Arnold should take the credit for this. These two men are also the team’s top two assist providers, with Salah and Alexander-Arnold providing 13 and 12 assists, respectively. The right-back has also received the highest number of progressive passes in the Liverpool squad. Alexander-Arnold has also completed the most balls into the final third and passes into the penalty area for the Reds. 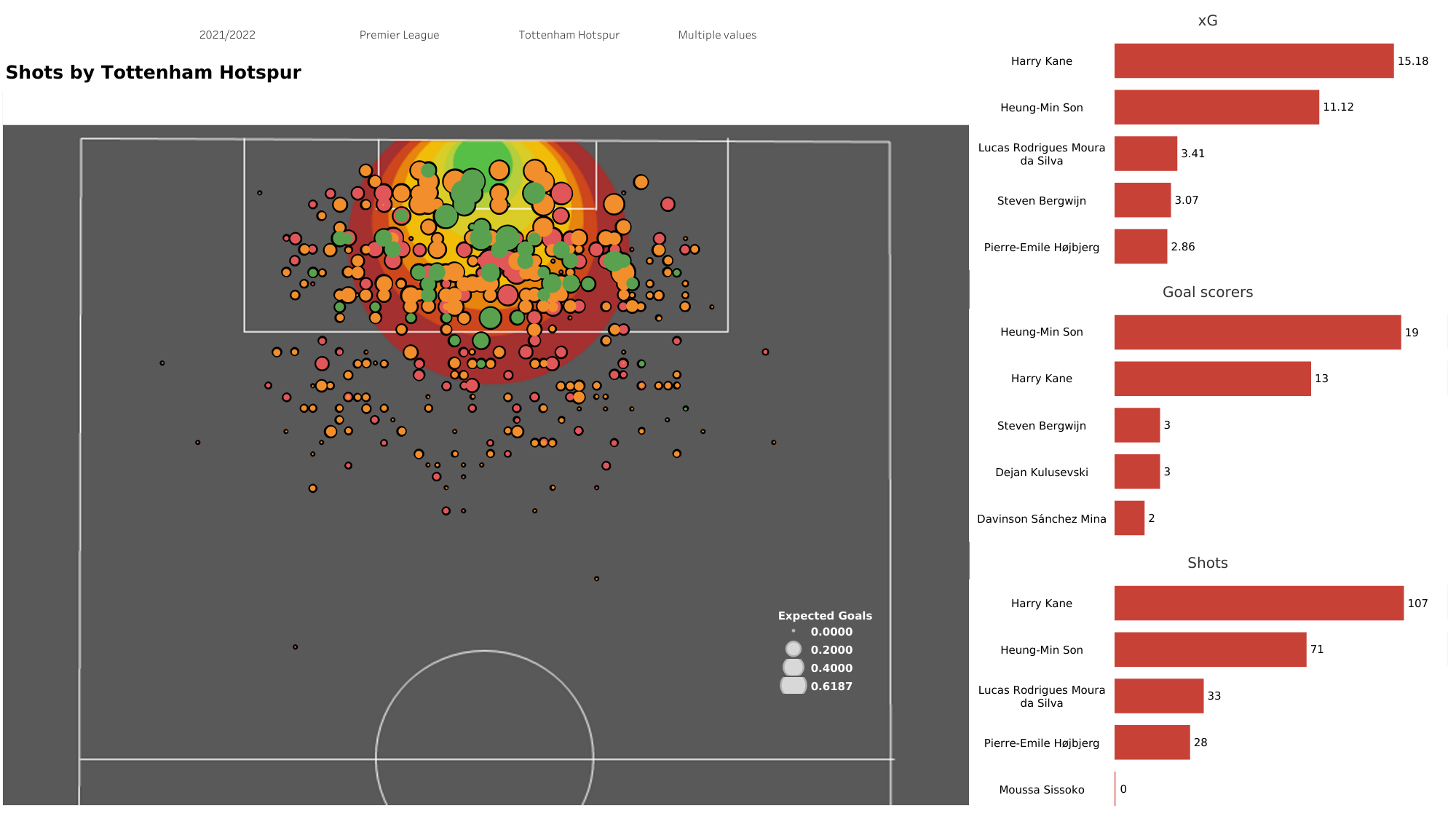 Tottenham Hotspur come into this match after winning 3-1 against Leicester City. A Son Heung-Min brace and a Harry Kane strike were enough for the Spurs to win the game and keep their top-four hopes alive. Seen above is the shot map of Tottenham Hotspur in this Premier League season, excluding the penalties. In total, Spurs have taken 428 shots and scored 53 goals, giving them a conversion rate of just over eight shots per goal scored. 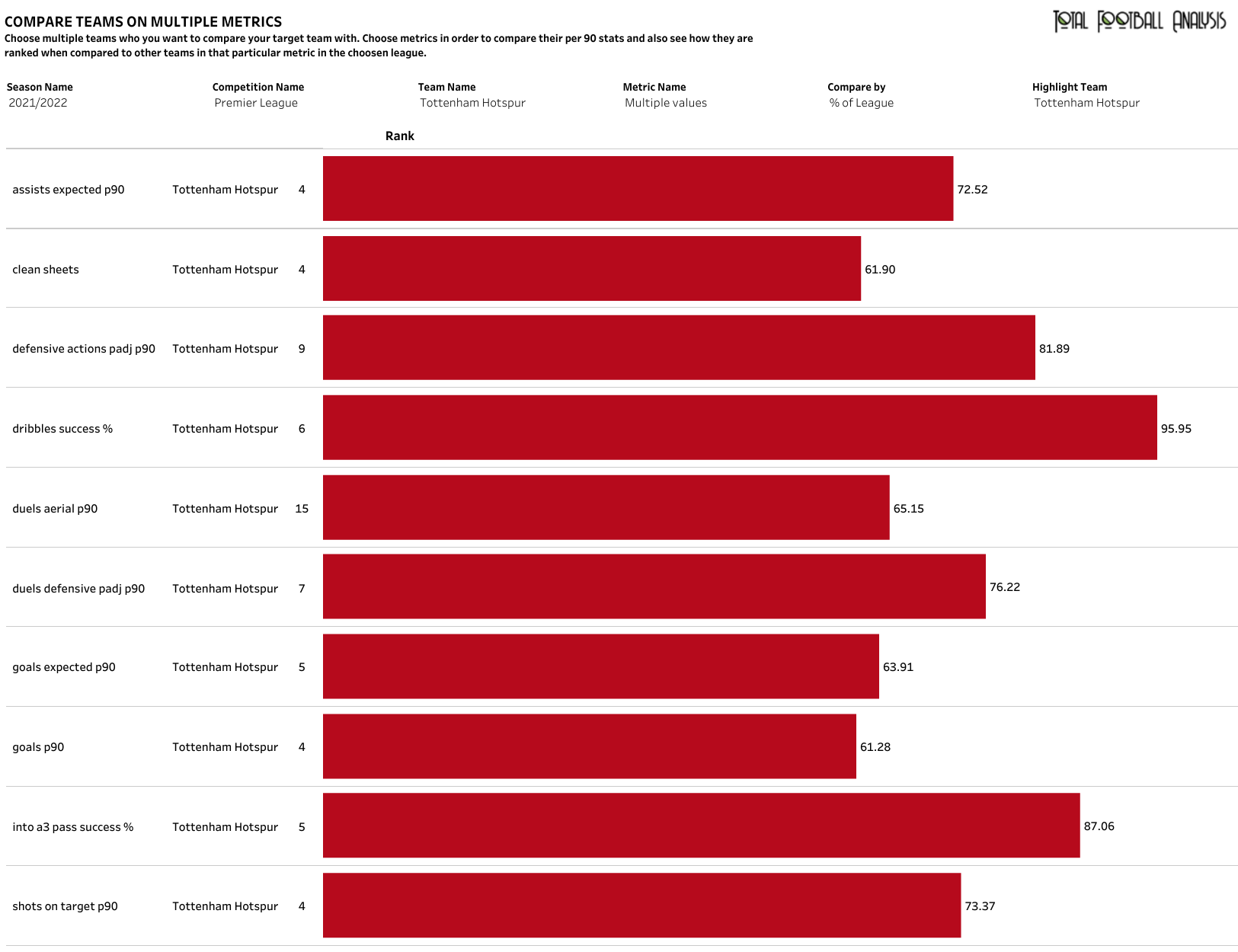 In the above visual, the ranking of Tottenham Hotspur is provided in certain key categories. Spurs rank mostly around the 4th to 6th mark in these important metrics, including shots on target per 90, goals per 90, xG per 90, xA per 90 and clean sheets.

This clash between Liverpool and Tottenham Hotspur is the match of the weekend in the Premier League. It is a real six-pointer for both these teams. If Liverpool win, they will exert the pressure on City and should the Spurs win, the Reds’ title hopes could be derailed.