On Tuesday 3rd May 2022, Liverpool travel to Villarreal for the second leg of the UEFA Champions League. The Reds lead the tie on aggregate, having won 2-0 at Anfield with a Sadio Mane goal and an own goal from Pervis Estupinan. Coming into this game, Villarreal lost 1-2 away at Alaves, and Liverpool won 1-0 away at Newcastle United in their respective leagues. 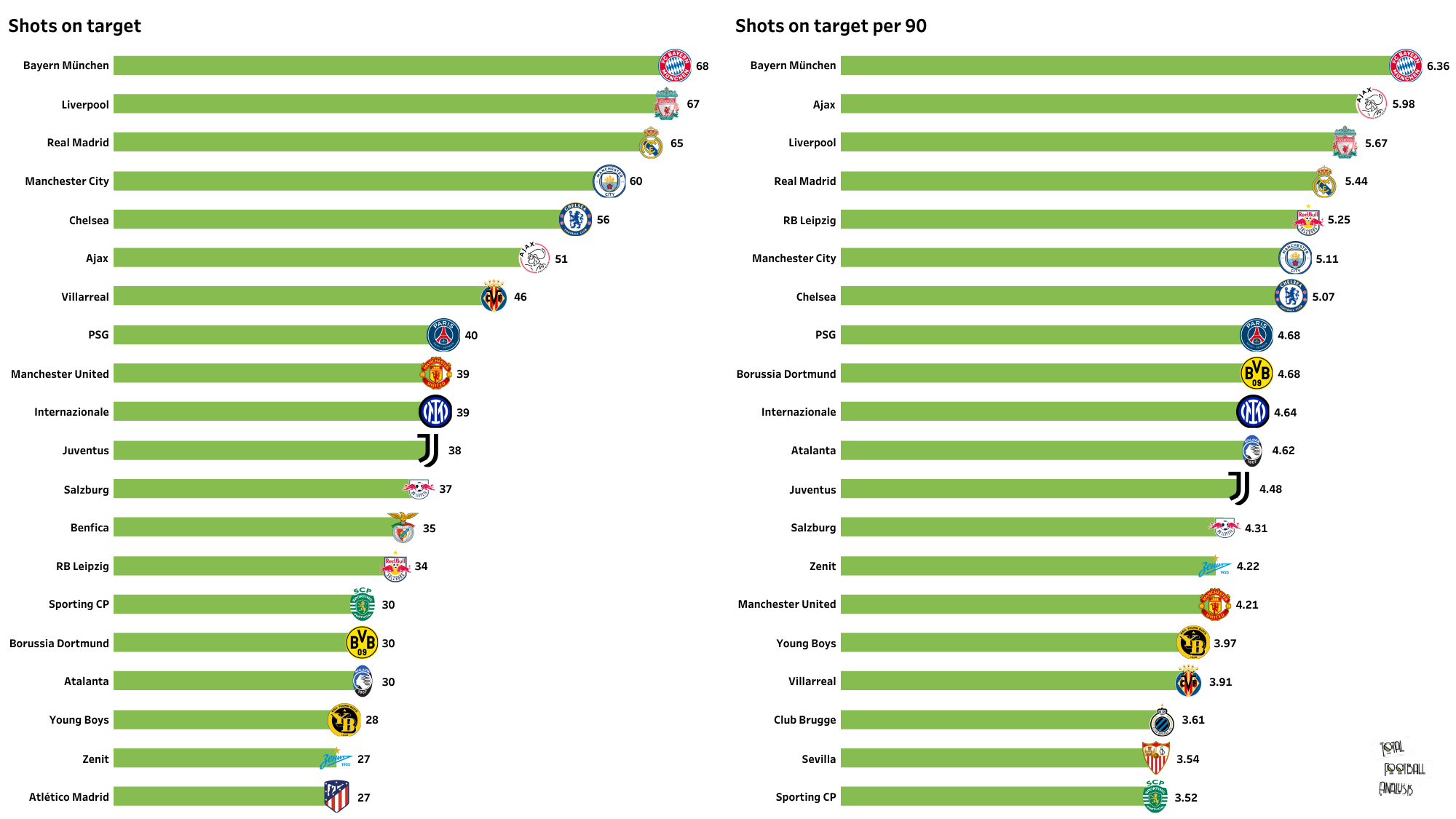 Villarreal have had a great Champions League campaign so far, knocking out Juventus in the Round-of-16 and Bayern Munich in the quarterfinals. However, they face an uphill battle against Liverpool, having lost the first leg 0-2 at Anfield. The Yellow Submarines have registered 46 shots on target in 11 UCL games, netting 18 goals in the process. Should Villarreal hope to reach their first-ever Champions League Final, they should look to be more efficient in scoring goals. But they should not neglect their defence, especially with Liverpool’s attack being fearsome. During the weekend, they lost 1-2 to Alaves away from home. This loss leaves Villarreal in the seventh place with a record of 14 wins, 10 draws and losses each in this season’s LaLiga. 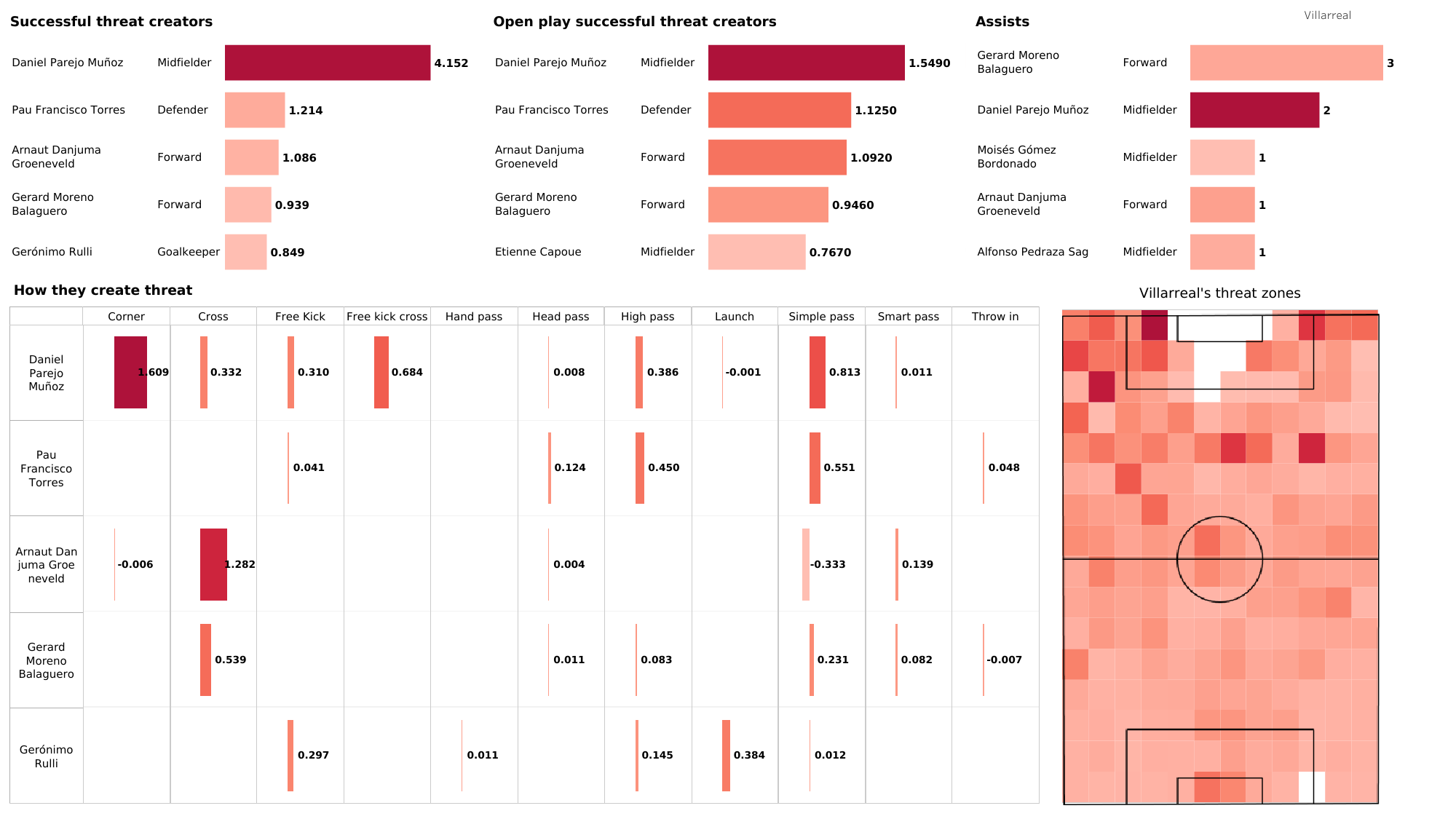 Dani Parejo has been Villarreal’s most successful threat creator in this Champions League campaign, with a threat creation score of 4.152. For perspective, the next best in the Villarreal squad, Pau Torres, has a score of 1.214, nearly 3.5 times lower than Parejo. Leading the assists chart for Villarreal in this season’s UCL is forward Gerard Moreno, with three assists to his name. 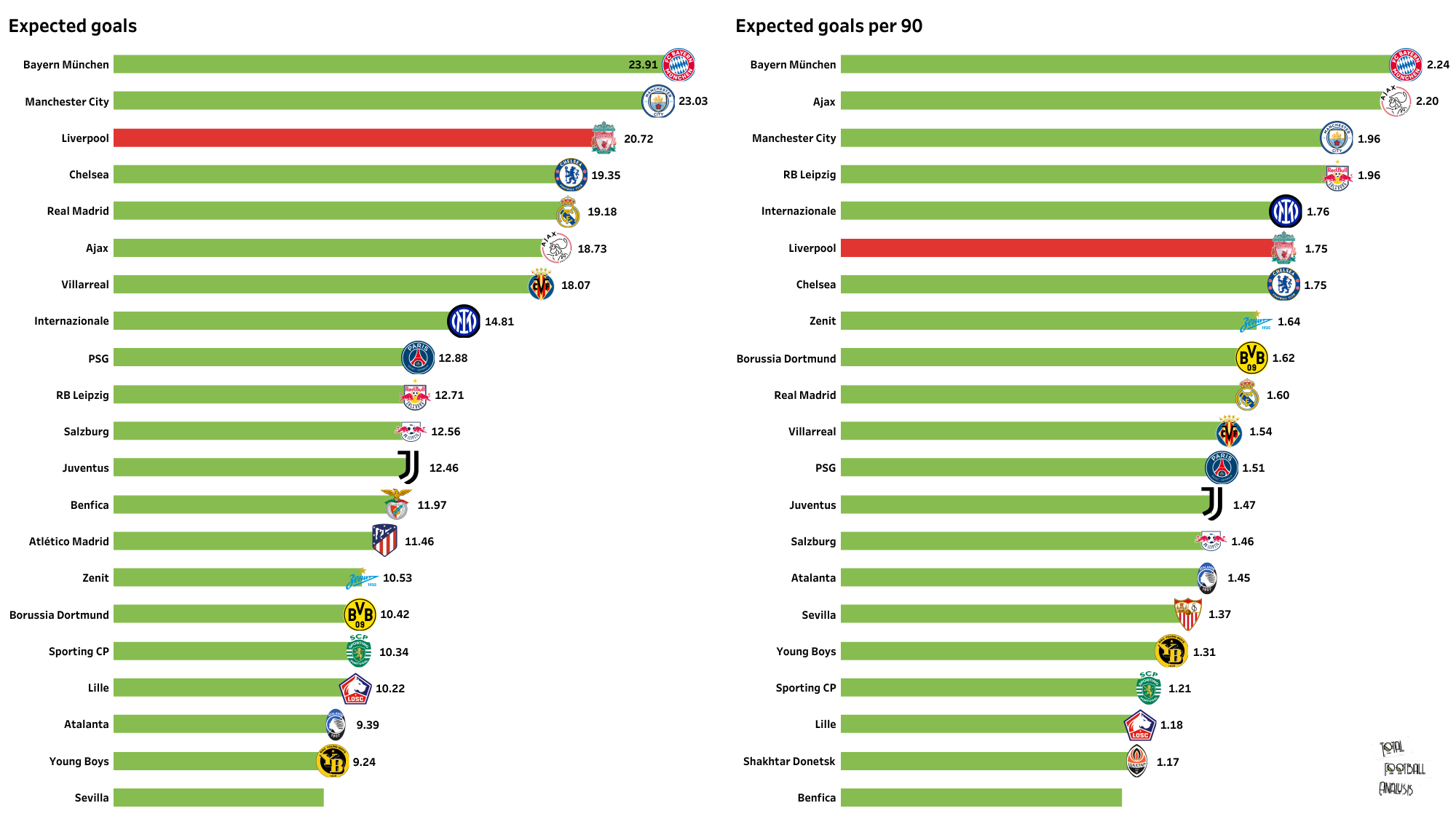 Liverpool reached their third UCL semi-final in five years, having topped the group which contained Atletico Madrid, Porto and AC Milan, and they knocked out Inter Milan in the Round-of-16 and Benfica in the quarterfinal. The Reds head to Spain with a 2-0 aggregate lead thanks to an own goal from Pervis Estupinan and a Sadio Mane strike in the first leg. Liverpool have netted 27 goals from an expected 21 during this season, thus overperforming tremendously going forward. Last weekend, they comfortably defeated Newcastle United 1-0 at St. James’ Park with a goal from Naby Keita. 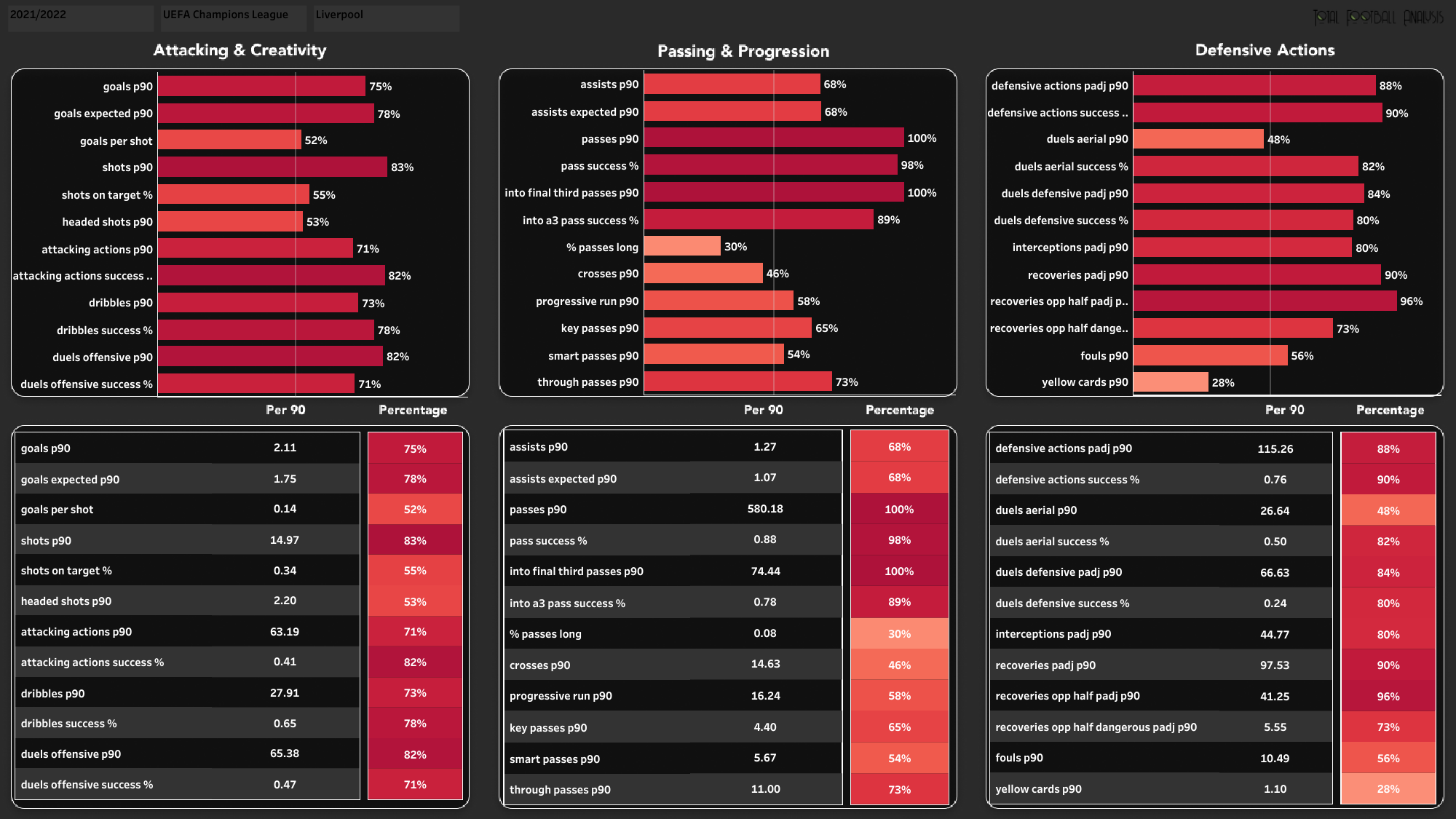 Shown in the above chart are the performances of Liverpool in this season’s UEFA Champions League. The Reds have outperformed their xG per 90 of 1.75 with 2.11 goals per 90. They have also overperformed on their xA output of 1.07 with 1.27 assists per 90. They have completed the most passes into the final third per 90, with 74.44 to their name. Klopp’s men may not have been great defensively this season, having shipped 11 goals in 11 games, but their attack has more than made up for this.

Liverpool will hope to make it to their third Champions League Final in five years, and Villarreal will hope for a comeback and try to cause yet another upset in this season’s UCL.