Liverpool suffered their first defeat at Anfield in a year as they lost 1-0 to Inter Milan in the UEFA Champions League, but progress into the next round with an aggregate of 2-1.

How many offensive duels did Liverpool win against Inter? Which players generated the highest xT from their passes for both teams? 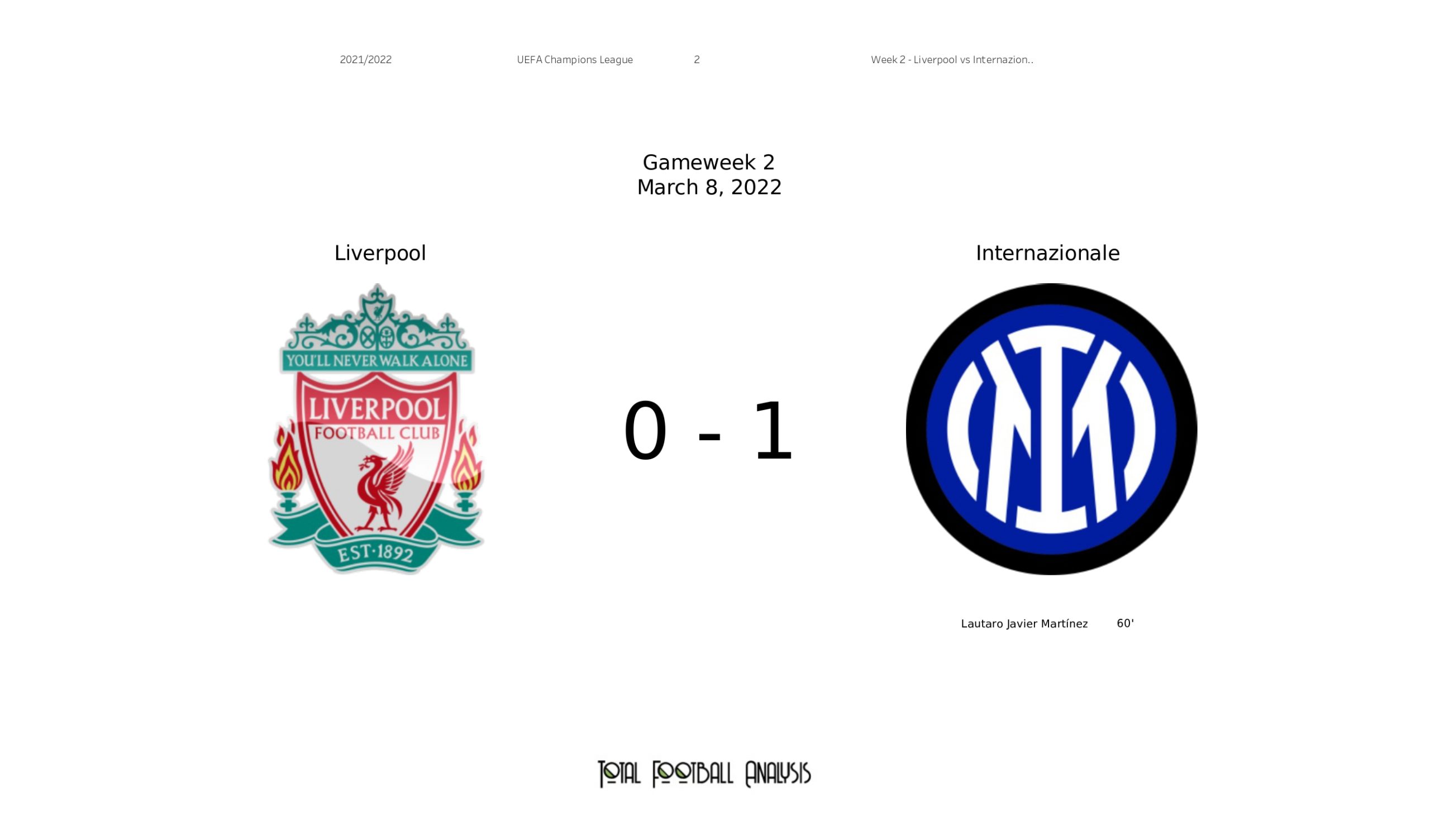