Liverpool welcome Inter Milan to Anfield on Tuesday evening for the second leg of their Champions League last-16 clash. Jurgen Klopp’s team leads the first leg 2-0, with goals from Roberto Firmino and Mohamed Salah at San Siro, with the Scudetto champions facing a tough task to keep their Champions League hopes alive.

Liverpool kept the pressure on leaders, Manchester City, after edging past West Ham United on the weekend. Victory over the Hammers marked a 12th win on the bounce in all competitions for the Reds, who could become the first English team ever to win their opening eight games of a single Champions League campaign. 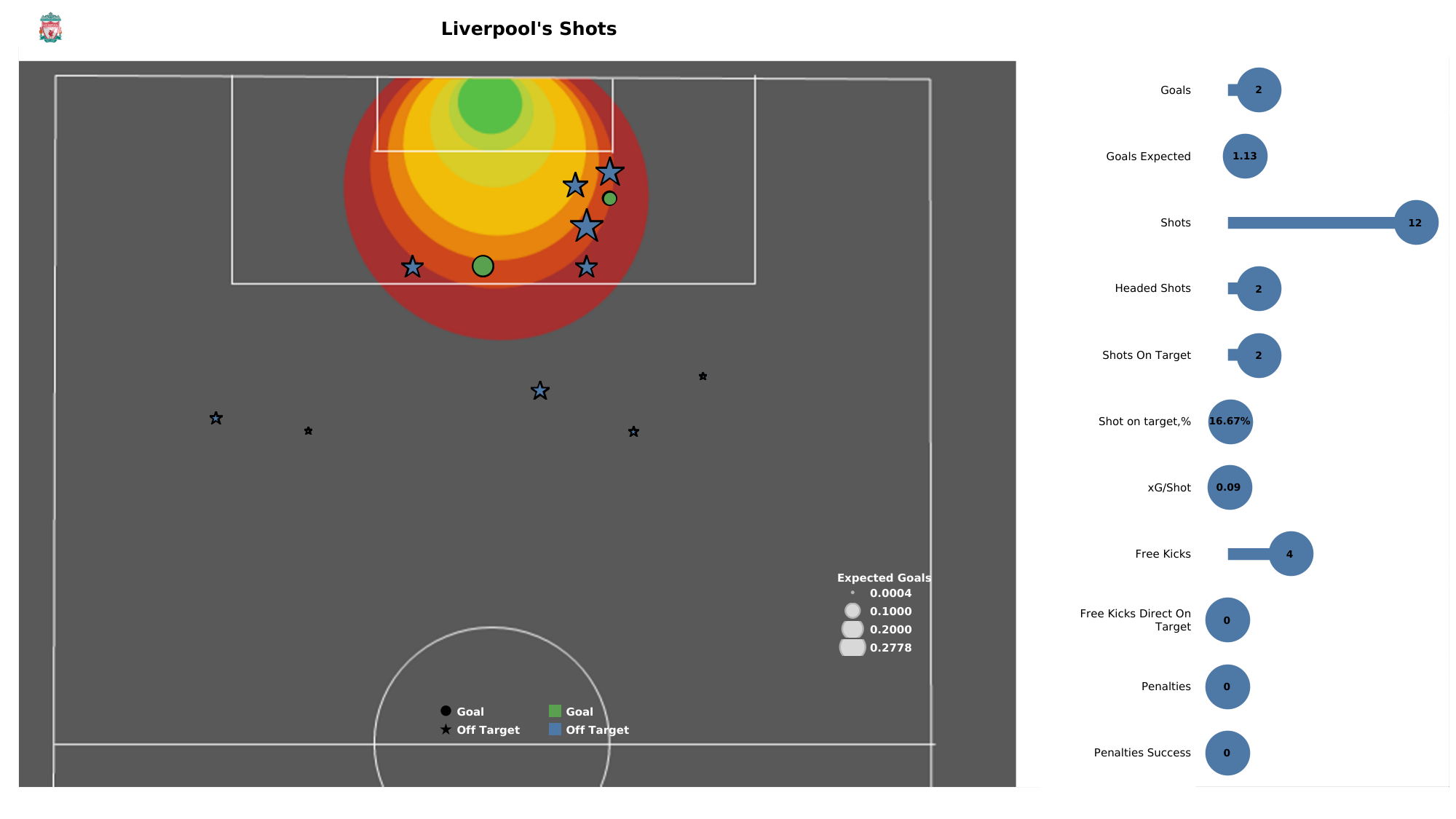 Liverpool had 12 shots on goal against Inter in the first leg and only had two shots on target. The Reds converted both their shots on target and were able to take the two-goal advantage they have now. They had seven shots from inside the penalty area, and both their goals came from these areas. 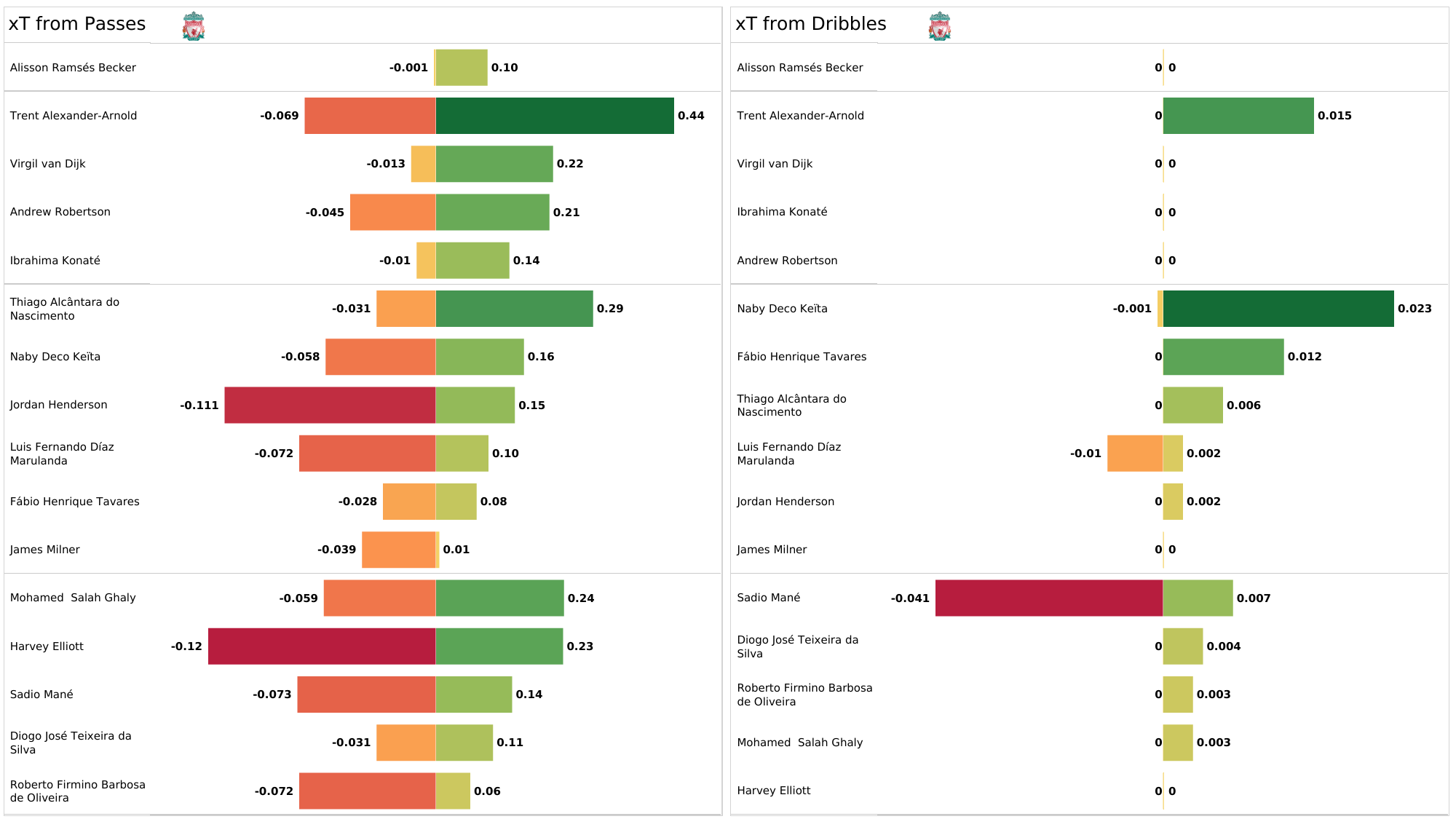 Most of the Liverpool players were able to generate a high xT from their passes, but it was Trent Alexander-Arnold who again generated the highest xT from his passes from the right flank. The right-back already had a tally of 17 assists in the season so far and has been Liverpool’s best creator with his passes.

Jurgen Klopp has a near-full squad to choose from. Joel Matip and Thiago are the only major absentees for the six-time European champions. Following their narrow win over West Ham, there should not be too many changes from the Liverpool team. Luis Díaz is likely to battle with Diogo Jota and Roberto Firmino for the final berth in Klopp’s attack.

Inter Milan completed an emphatic 5-0 win against Salernitana in the Serie A. Lautaro Martinez returned to scoring ways for Inter as he scored three of the five goals, while veteran striker Edin Dzeko scored the remaining two goals. Before their game against Salernitana, Inter went without scoring a single goal in their last four games. But their performance against Salernitana was a much-needed boost before Tuesday’s Champions League clash. 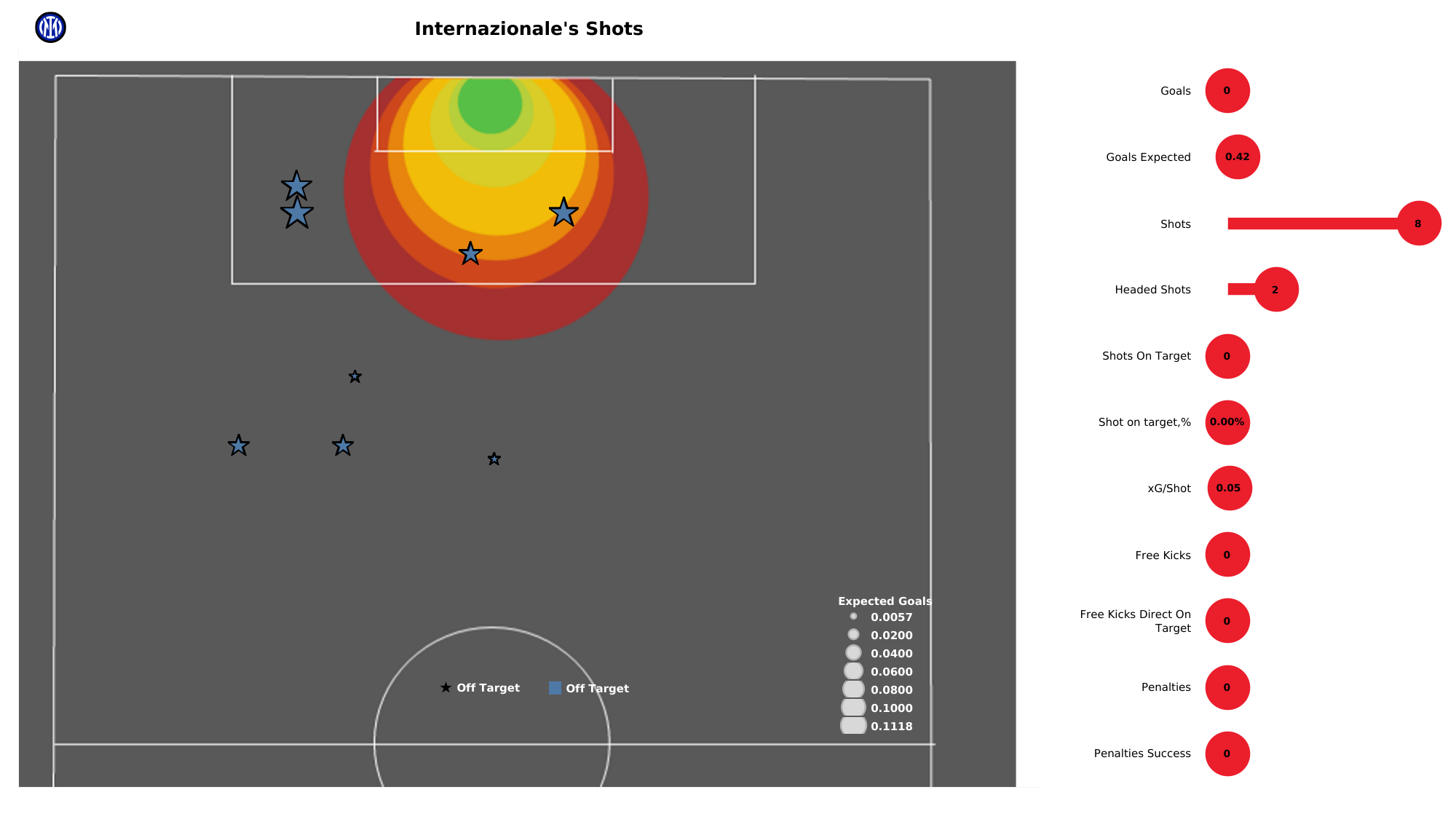 Inter Milan failed to keep any of their eight shots on target in the first leg. They did manage to get into great positions in the penalty area but were not clinical enough in front of the goal. They will not get many chances against Liverpool at Anfield and have to capitalize on the rare sight of a goal they get. 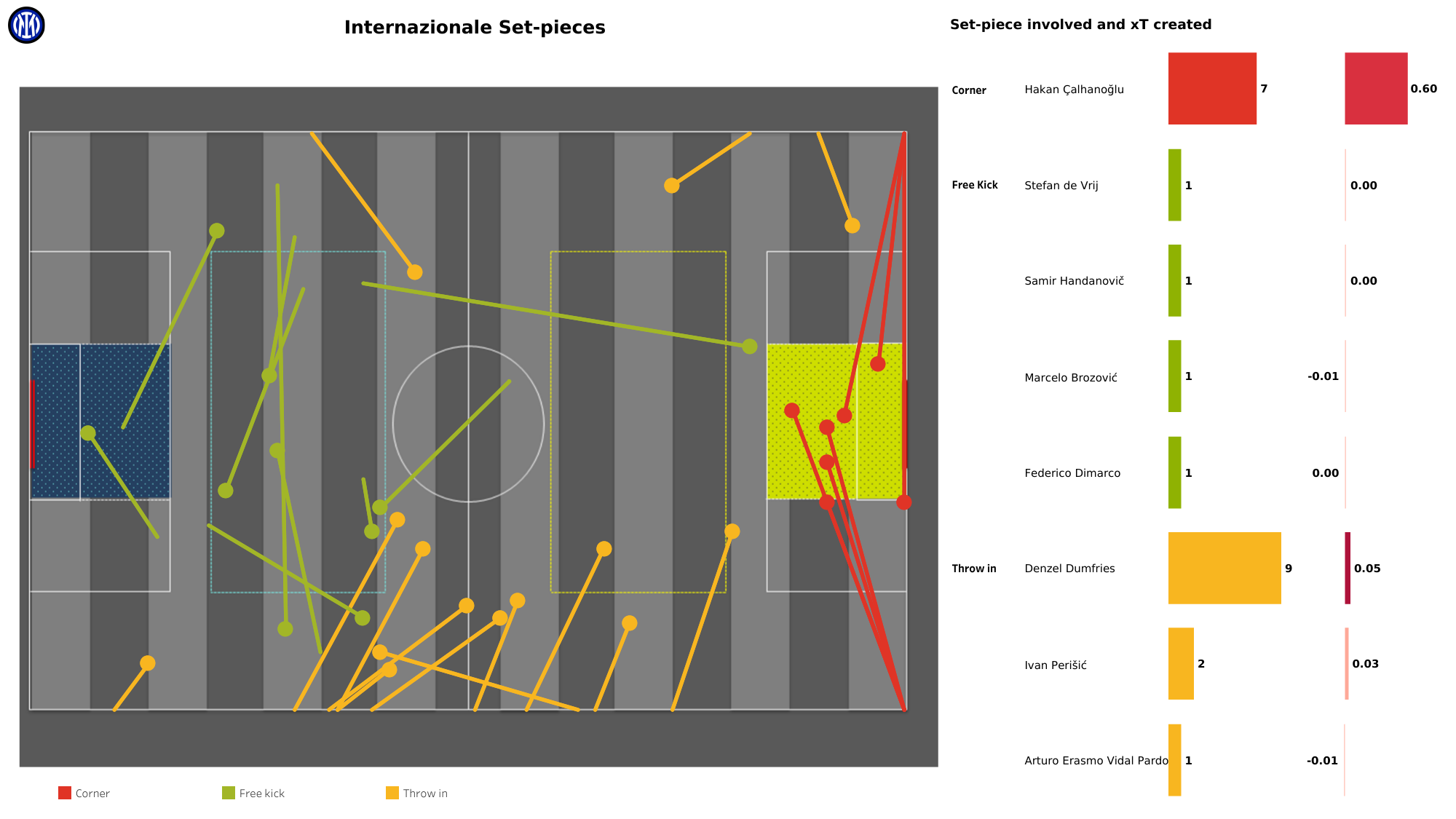 Inter Milan’s dead-ball specialist, Hakan Calhanoglu, generated the highest xT from the corner kicks he attempted. The Turkish midfielder has the technique and quality to put the right delivery into the box and can cause huge problems for Liverpool from set-piece situations.

Klopp’s men have not lost a game at Anfield for over a year and are the favorites to move into the next round of the Champions League. Klopp’s squad has been unplayable in recent weeks, and they have previously defeated Inzaghi’s side at San Siro. So, we can only see the Reds progressing to the last eight.