Liverpool are set to play Inter Milan on Wednesday at the San Siro in the first leg of the Round of 16 in the UEFA Champions League. The Reds were one of three teams in this year’s competition who completed the group stage with a 100% record, while Inter finished second behind Real Madrid.

Liverpool beat Sean Dyche’s Burnley 1-0 in the English Premier League. A first-half goal from Brazilian midfielder Fabinho sealed the deal for Jurgen Klopp’s Liverpool. Fabinho’s close-range strike on the stroke of halftime helped Liverpool move back within nine points of league leaders Manchester City, and the Reds also have a game in hand. In four head-to-head encounters between the two sides, Liverpool hold the advantage, having won three games and lost one. 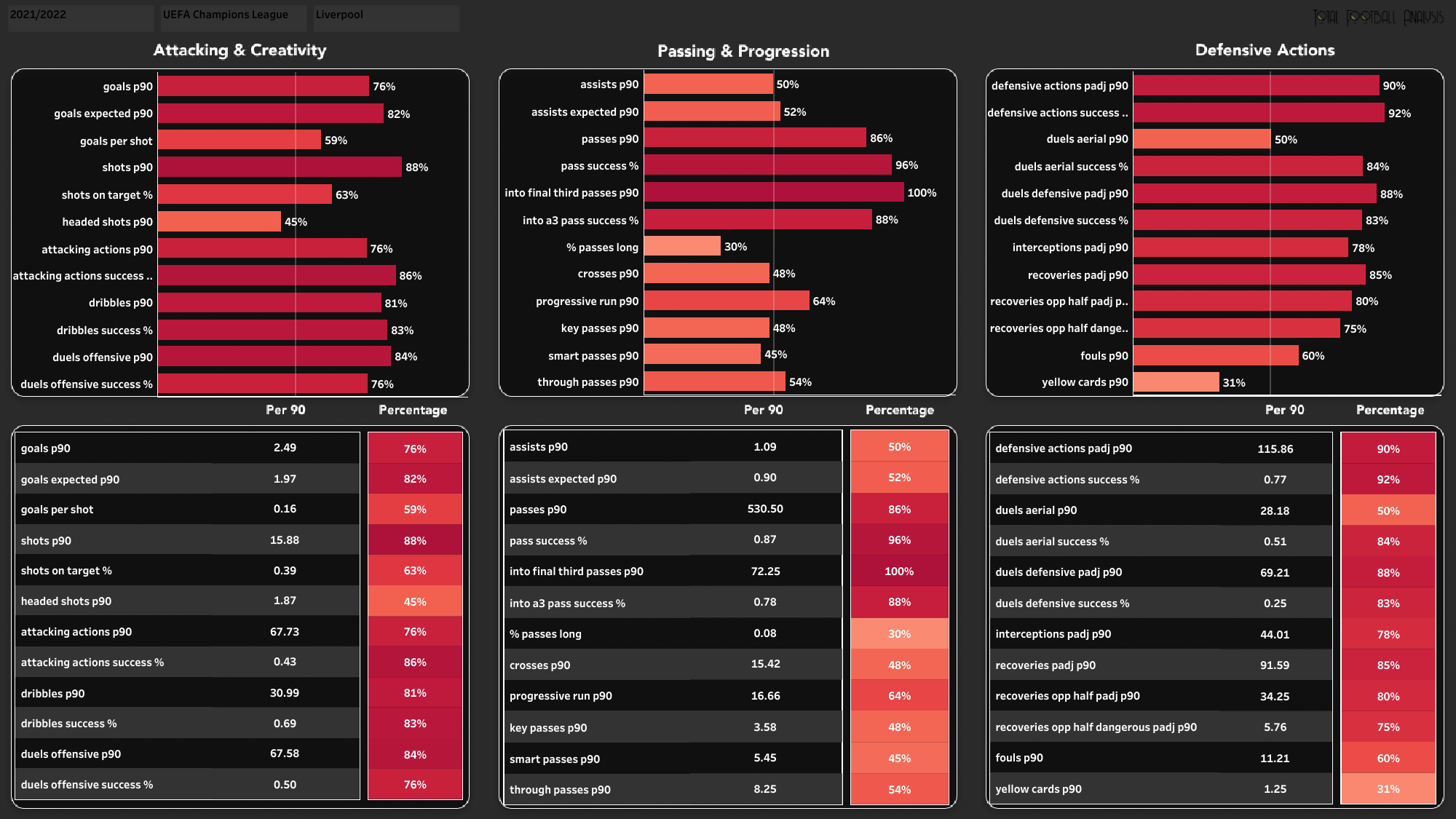 The above chart indicates that Liverpool have been one of the top teams when considering offensive as well as defensive stats. The attacking and creativity metrics indicate that Liverpool have also been one of the most efficient teams in the final third as they are better than most of the teams in the tournament. They also have a high success rate with their defensive actions, winning 77% of all defensive actions they have attempted. The Reds conceded only six goals in the group stages, and with Van Dijk at full fitness now, Liverpool will be looking to keep a clean sheet on Wednesday. 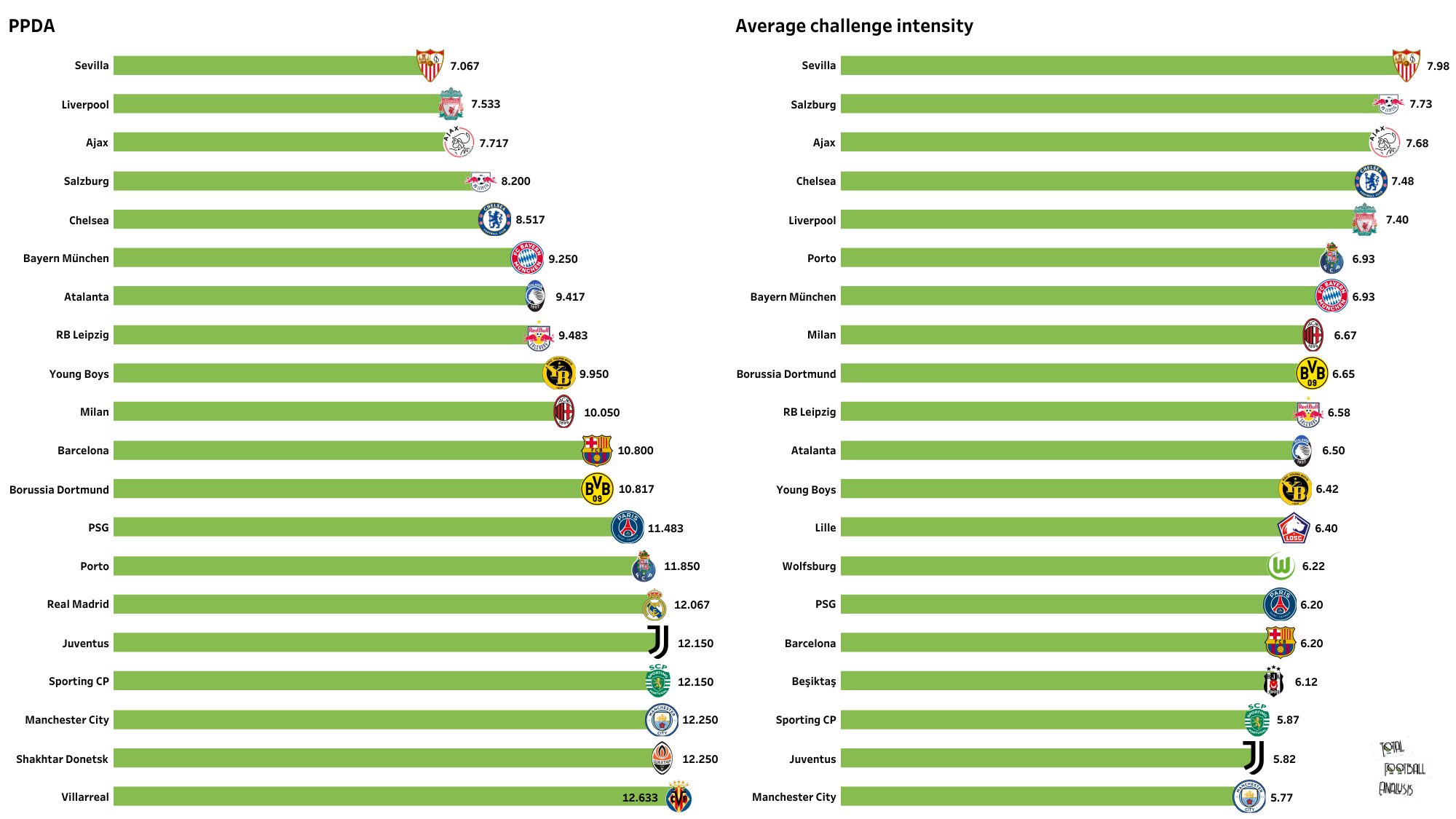 Liverpool have a very high pressing style of play and always maintain a high intensity in the game. Liverpool have the second-best PPDA in the league, with a value of 7.533. This indicates Liverpool do not allow the opposition a lot of time on the ball and try to push them back in their half. They also have an average challenge intensity of 7.40.

Inter Milan, on the other hand, come into this game on the back of a 1-1 draw against Luciano Spalletti’s Napoli in Serie A. A first-half penalty from star attacker Lorenzo Insigne for Napoli was canceled out by a second-half goal from veteran striker Edin Dzeko for Inter Milan. Inter finished second in Group D with 10 points from their six matches, five points behind group winners Real Madrid. They won home and away against Sheriff Tiraspol and secured four points from their two encounters with Shakhtar Donetsk. They were unable to claim any points or score against Los Blancos. 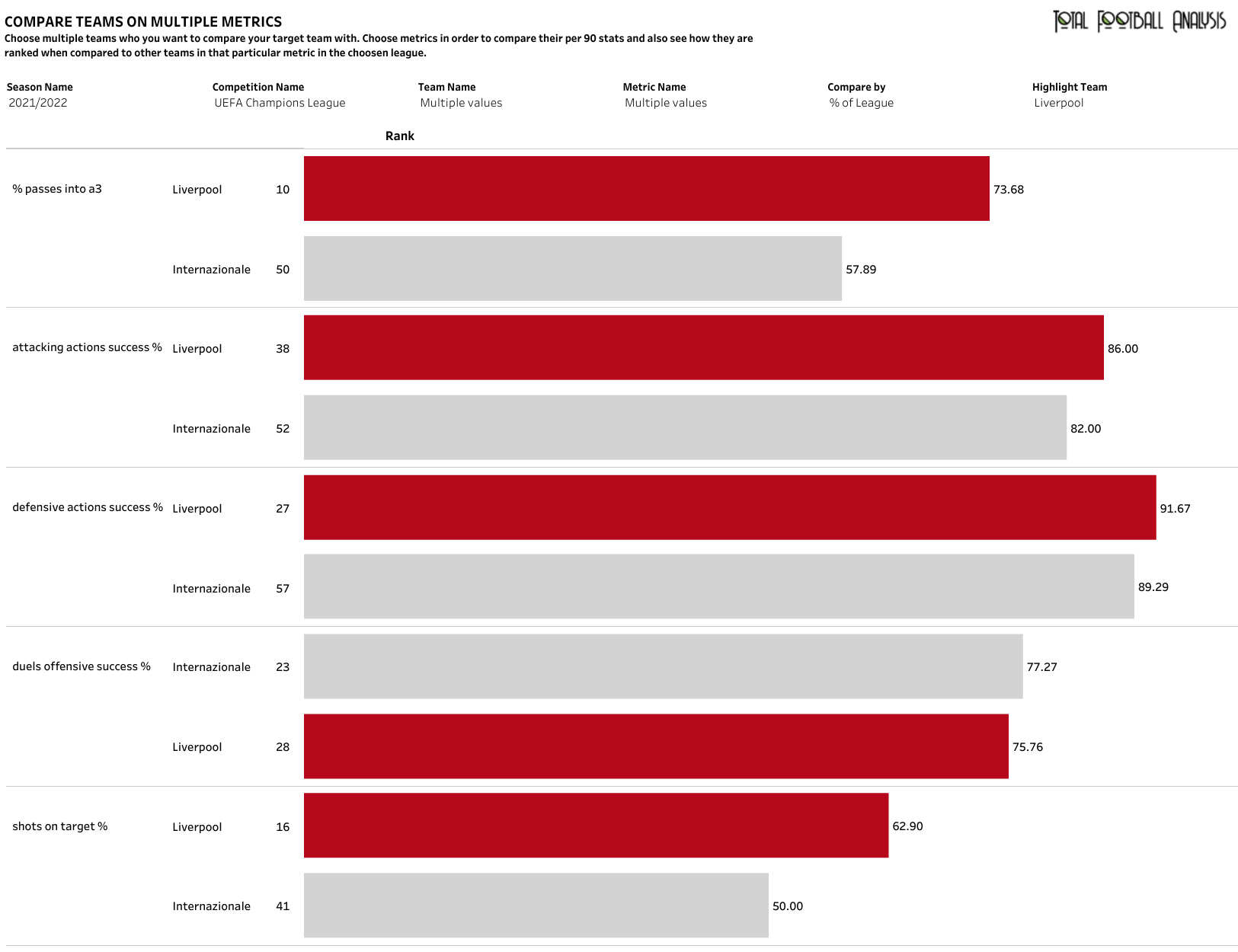 Liverpool were the better of the two teams in the group stages, and that can be seen in the above visual. The Reds had a higher success rate with their attacking, as well as defensive actions, and also had a better shot on target percentage than Inter. Liverpool now have a variety of options for their front three. Inter have a better success rate in the offensive duels they have attempted and rank above 77.27% of the teams in the league.

Inter Milan have high hopes of progressing to the next stages of the competition, but they will have a difficult task in overcoming one of the tournament favorites, Liverpool, over two legs. The Reds will be looking to come back to Anfield with a first-leg advantage over the Italian giants.