Liverpool are set to play Benfica at Anfield on Wednesday in the second leg of the quarter-final of the UEFA Champions League. Liverpool beat Benfica 3-1 in the reverse leg. Goals from French centre-back Ibrahima Konate, Senegal international Sadio Mane, and Colombian winger Luis Diaz secured the win for Liverpool. Uruguayan striker Darwin Nunez scored the only goal for Benfica.

Liverpool qualified for the UEFA Champions League quarter-finals by winning Group B and then edging past Inter Milan in the Round-of-16. Liverpool come into this game off a 2-2 draw in the English Premier League against Pep Guardiola’s Manchester City. First-half goals from Kevin De Bruyne and Gabriel Jesus for Manchester City were cancelled out by goals from Diogo Jota and Sadio Mane for Liverpool.  Liverpool are still in contention for the quadruple and are very much in the hunt for the Premier League title, but they are hoping for Manchester City to lose points in their next few games. 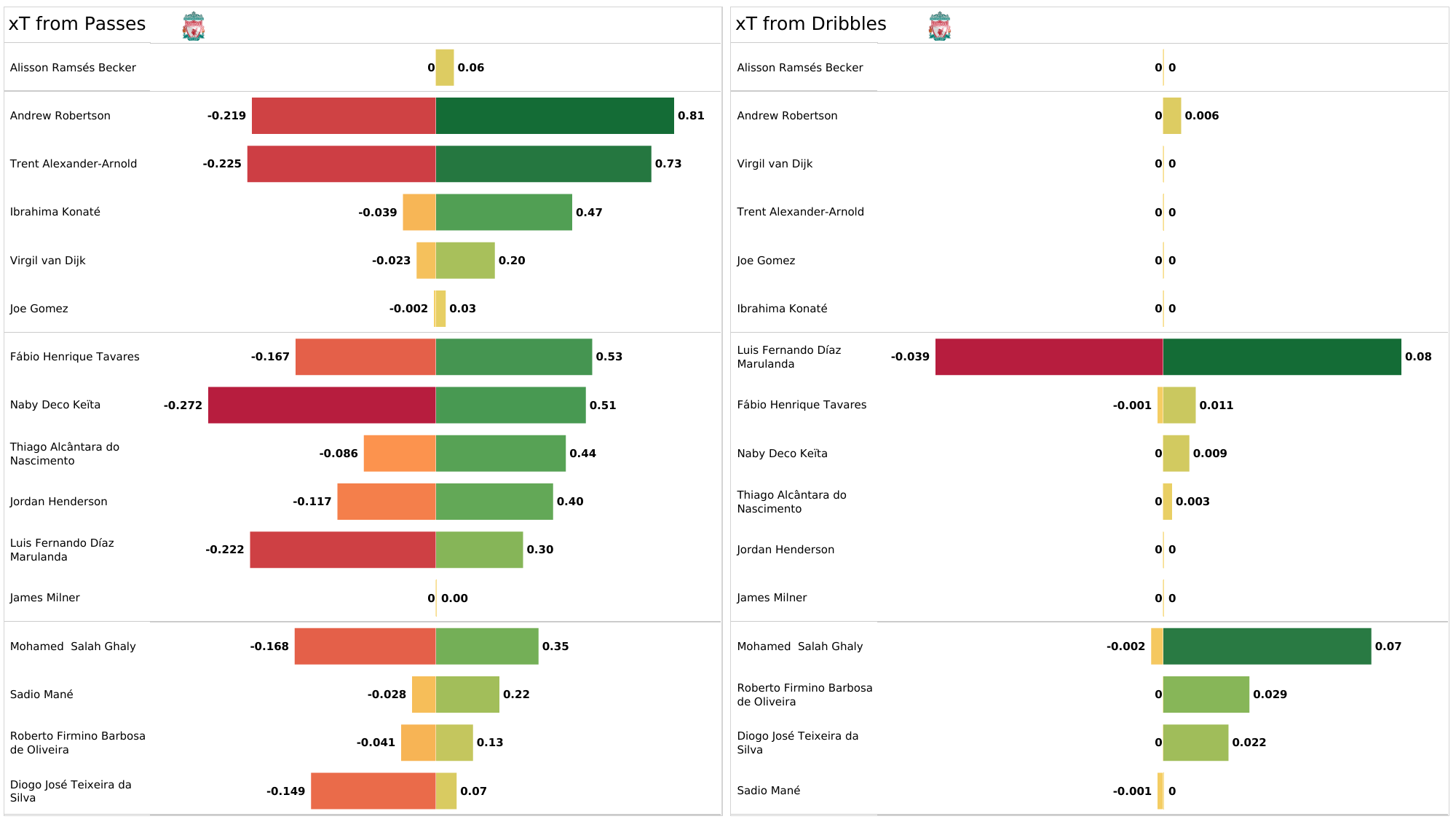 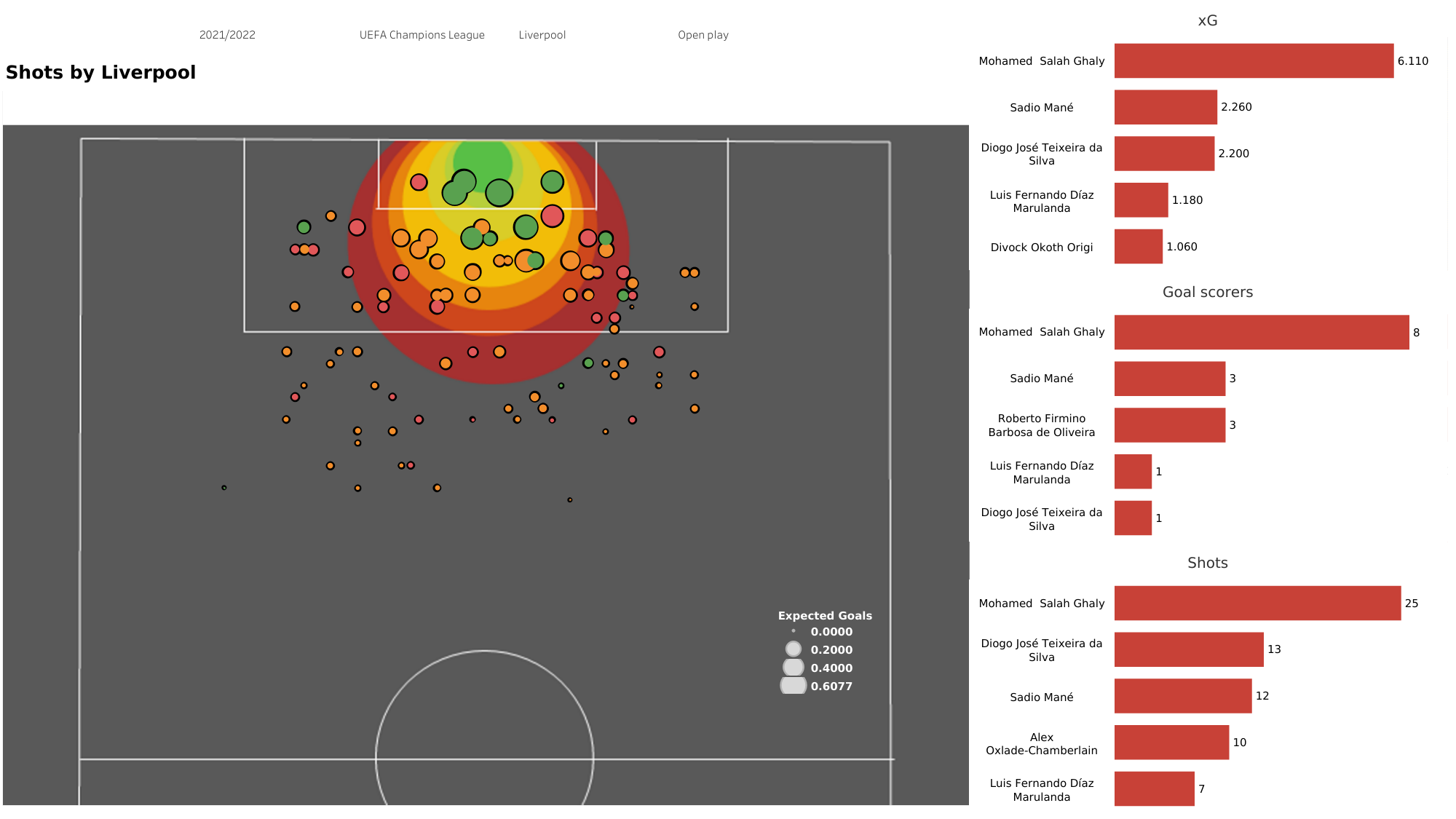 Benfica, on the other hand, beat Belenenses 3-1 in the Primeira Liga. A hat-trick from Uruguayan striker Darwin Nunez sealed the deal for Benfica. The Portuguese side are sitting comfortably in the third position on the Primeira Liga points table, but there is a huge gap between them and second-placed Sporting Lisbon. 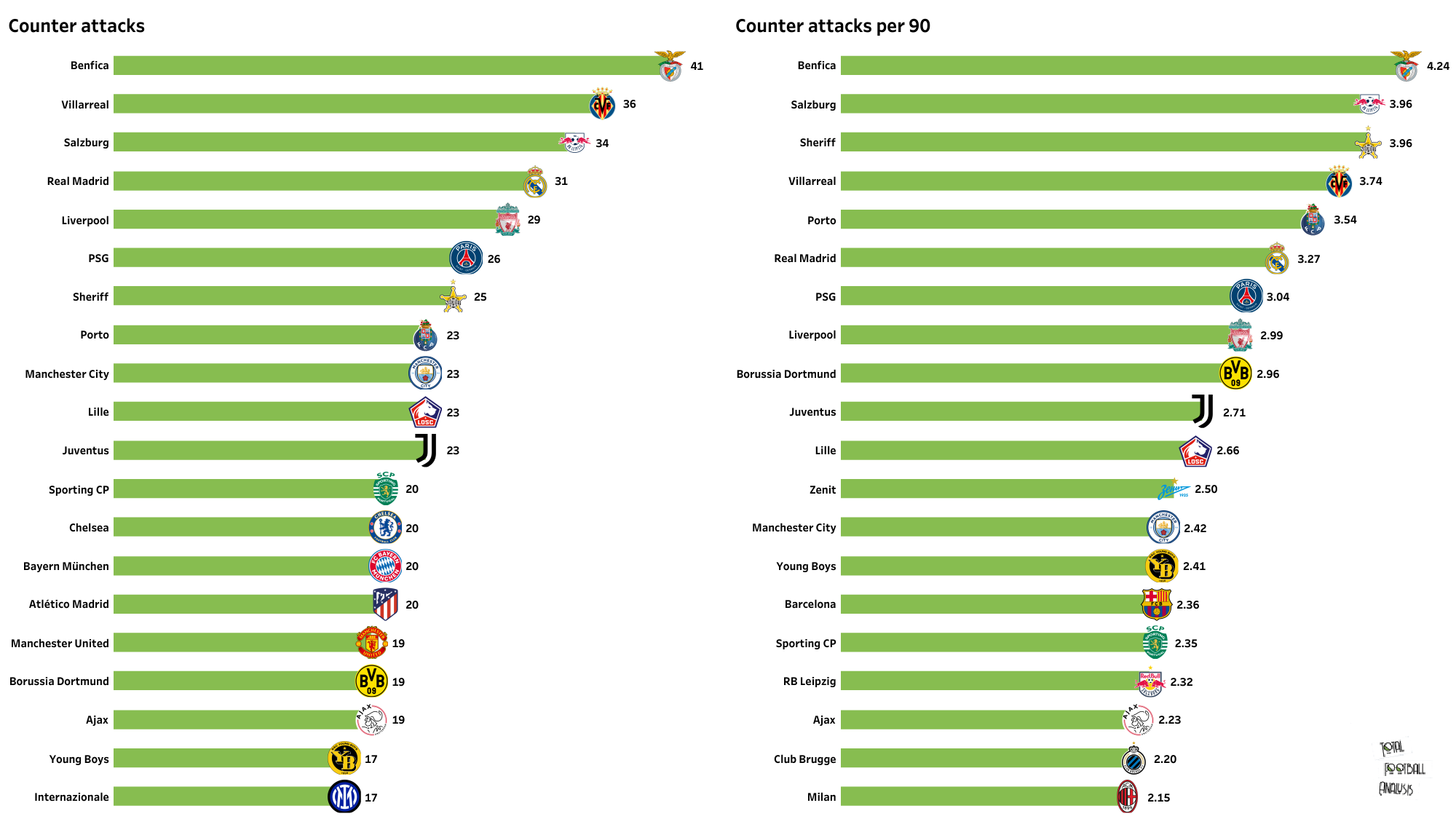 Benfica have attempted the most number of counterattacks in the tournament and are very dangerous on the break. Liverpool will have to be wary of these counterattacks while they are attacking the opposition’s goal. 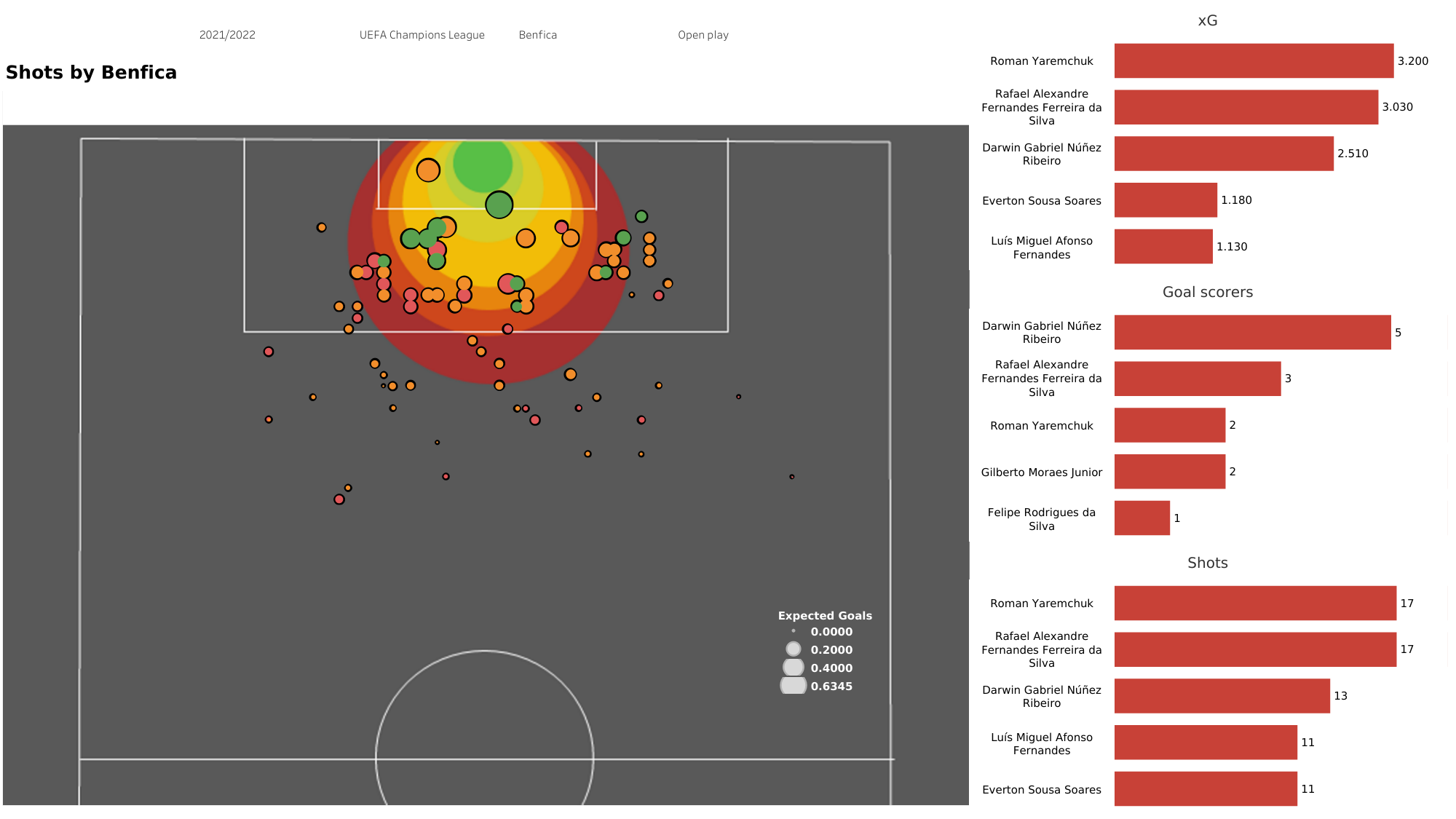 Benfica have had a total of 31 shots on target in the Champions League this season. Most of their shots have been from positions inside the penalty box. Roman Yaremchuk has attempted the most shots for the Portuguese side and has generated the highest xG from his 17 shots on goal.

Liverpool are the clear favourites to progress through to the next round, having created a comfortable two-goal lead in the first leg. But the visitors cannot be taken lightly, especially with Darwin Nunez being in the form of his life. The Liverpool manager will have a full-strength squad at his disposal on Wednesday.