Liverpool will hope to take a step closer to reaching the UEFA Champions League semi-finals when they take on Benfica on Tuesday. The Reds knocked Inter Milan out of the tournament after winning 2-1 on aggregate, while Nelson Verissimo’s side claimed a 3-2 win over Ajax over two legs.

Benfica have been the surprise package of the 2021/22 UEFA Champions League. The Eagles first ousted Barcelona from the group stage by finishing runners-up behind Bayern Munich before getting past an in-form Ajax in the Round-of-16. The Portuguese giants have lost only one of their last ten games, dating back to February 3. But that defeat came in their most recent outing, as they lost 2-3 to SC Braga in a blow to their preparations for the meeting with Liverpool. 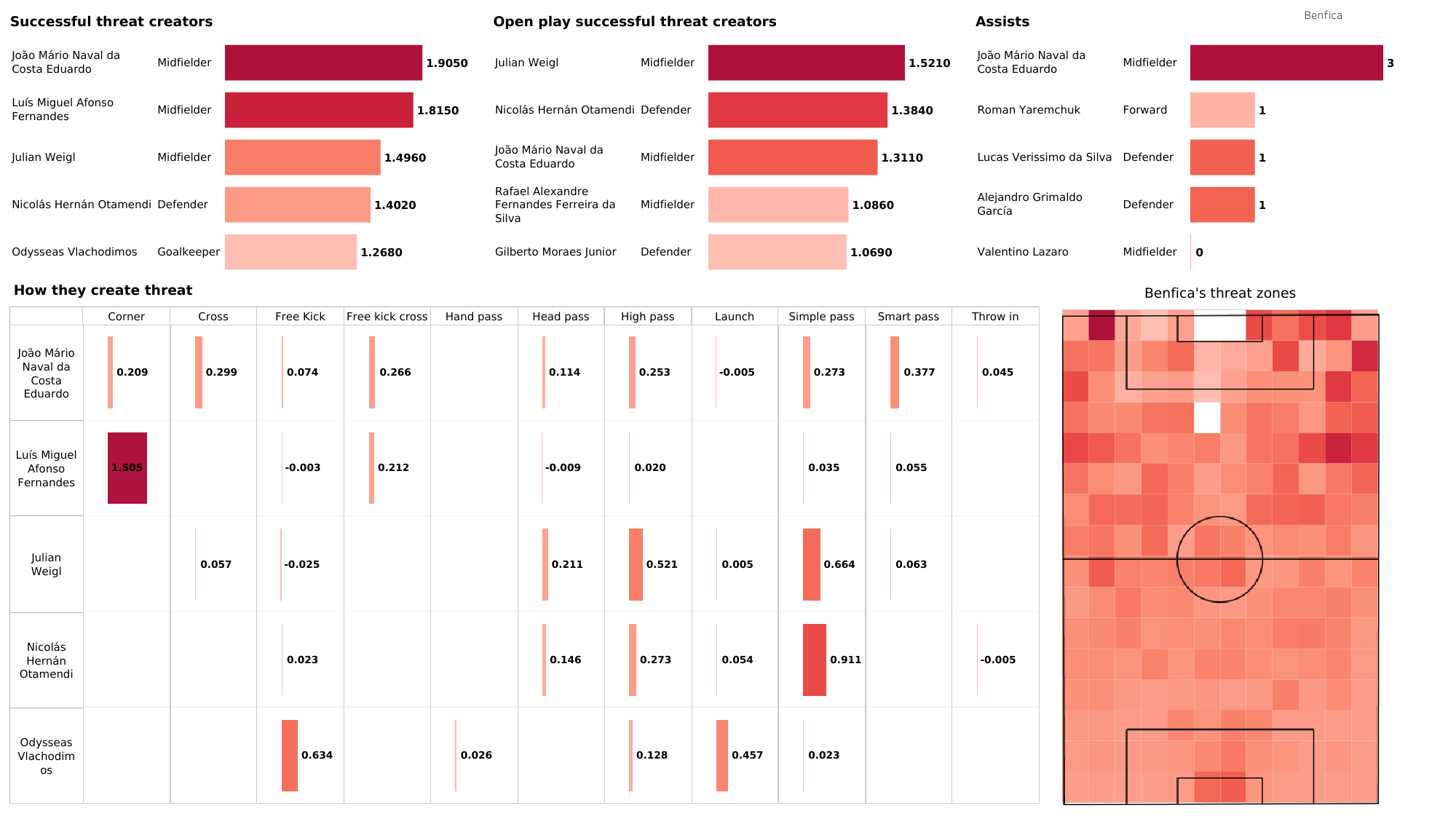 Benfica have high xT creation zones on both sides of the pitch and have been great in the final third. Julian Weigl has generated the highest overall xT from open play, while it is Joao Mario who has the most assists for the Portuguese side.

Liverpool, on the other hand, won 2-0 against Roy Hodgson’s Watford in the English Premier League. Goals from Portuguese attacker Diogo Jota and Brazilian midfielder Fabinho secured the win for Jurgen Klopp’s Liverpool. The Merseyside giants have lost only one game in 2022 and are currently on an 11-match winning run in the Premier League. Defeat to Inter in the second leg is the only game that Liverpool have not won in their last 17 across all competitions – each of their last seven away matches have ended in victory. 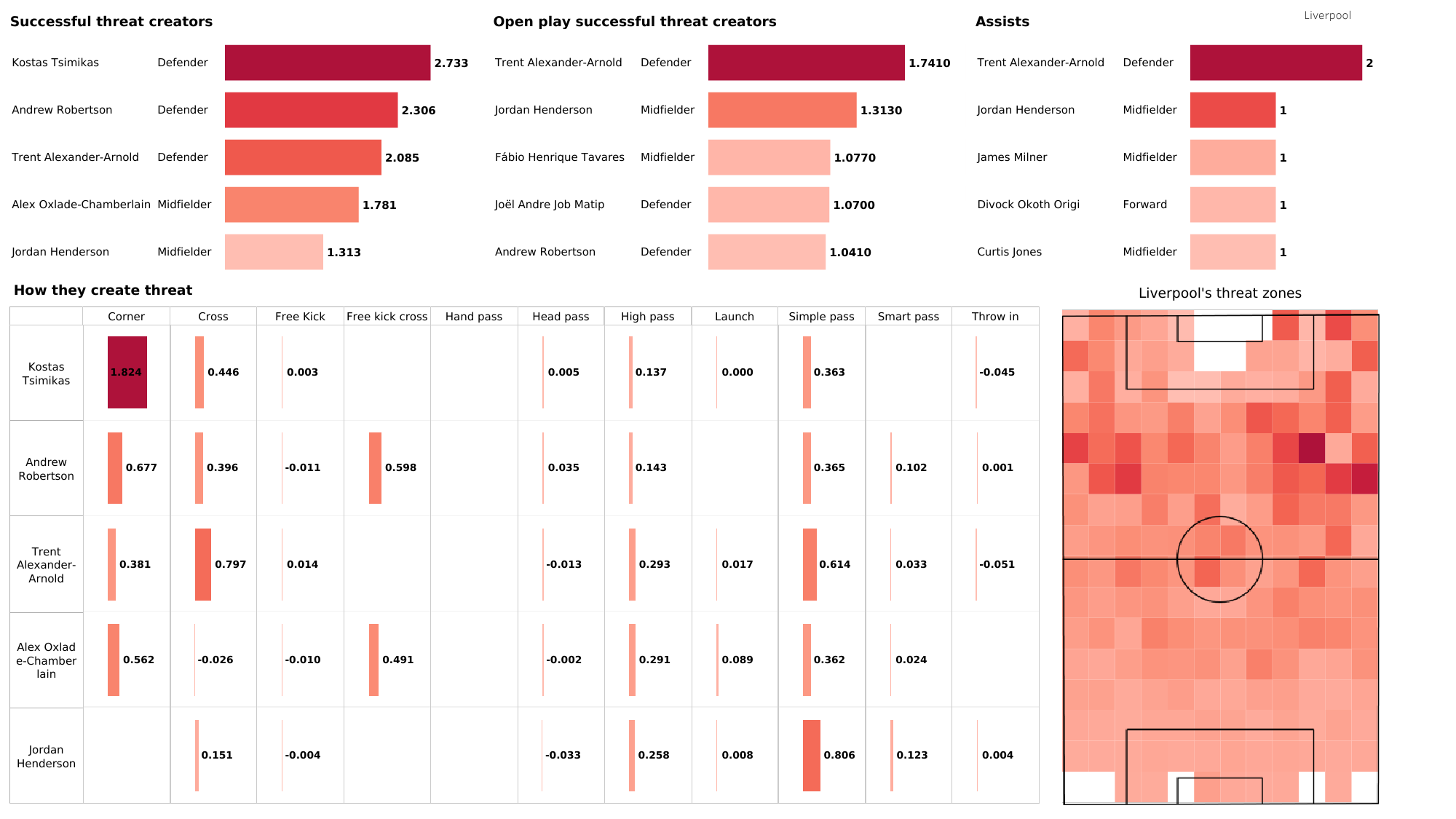 Trent Alexander-Arnold has been Liverpool’s highest threat creator from open play as the right-back plays great balls into the penalty area from the right flank. The threat zones visual shows us that Liverpool are highly threatening from the right flank. Kostas Tsimikas has generated a high xT from the corners he has taken for Liverpool. Alexander-Arnold is still a doubt for the clash against Benfica due to a hamstring injury. But the defender was on the bench against Watford and is expected to start this crucial game for the Reds. 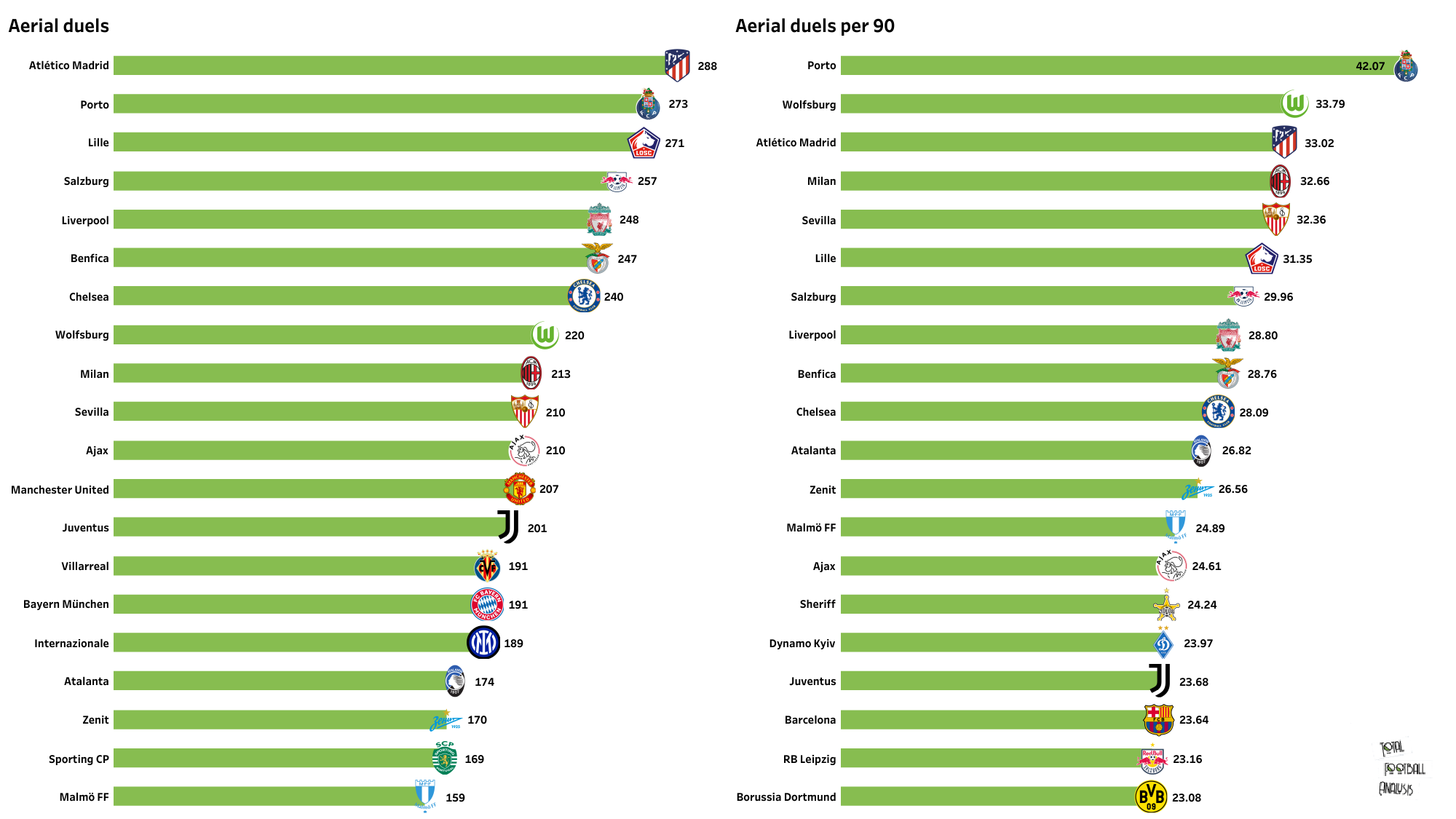 Benfica have attempted 247 aerial duels and have won 118 duels, while Liverpool have attempted one duel more than Benfica, winning 120 duels. Both teams pose a huge threat from set-pieces and are very good in the air.

Benfica did well to reach the quarter-final of the Champions League, having dispatched Ajax in the previous round. But they will face a strong Liverpool side on Tuesday, and the Reds are among the favourites to lift the Champions League this season.