Liverpool’s hunt for their 20th league title has taken a major setback after dropping a few points in six games played this season. The Reds started the English Premier League season with two draws and a loss. They won back-to-back games but had to settle for a draw in their last league match played before the international break. The attack and defence are yet to find their rhythm on the field, and that has led to poor results. One of the players who has started the season at a slow rate is their right-back, Trent Alexander-Arnold. The 23-year-old received a lot of criticism for his defensive displays in some of the matches. Liverpool have conceded a few goals from attacks created by the opposition from the left side. Trent Alexander-Arnold was one of the top players for the Reds last season. Let us look at some of the stats that will show how the youngster fared in the first six matches of the last season.

Trent Alexander-Arnold finished last season with two goals and 12 assists in the English Premier League. This season, he has already scored a goal but is yet to provide the final pass that could lead to a goal. 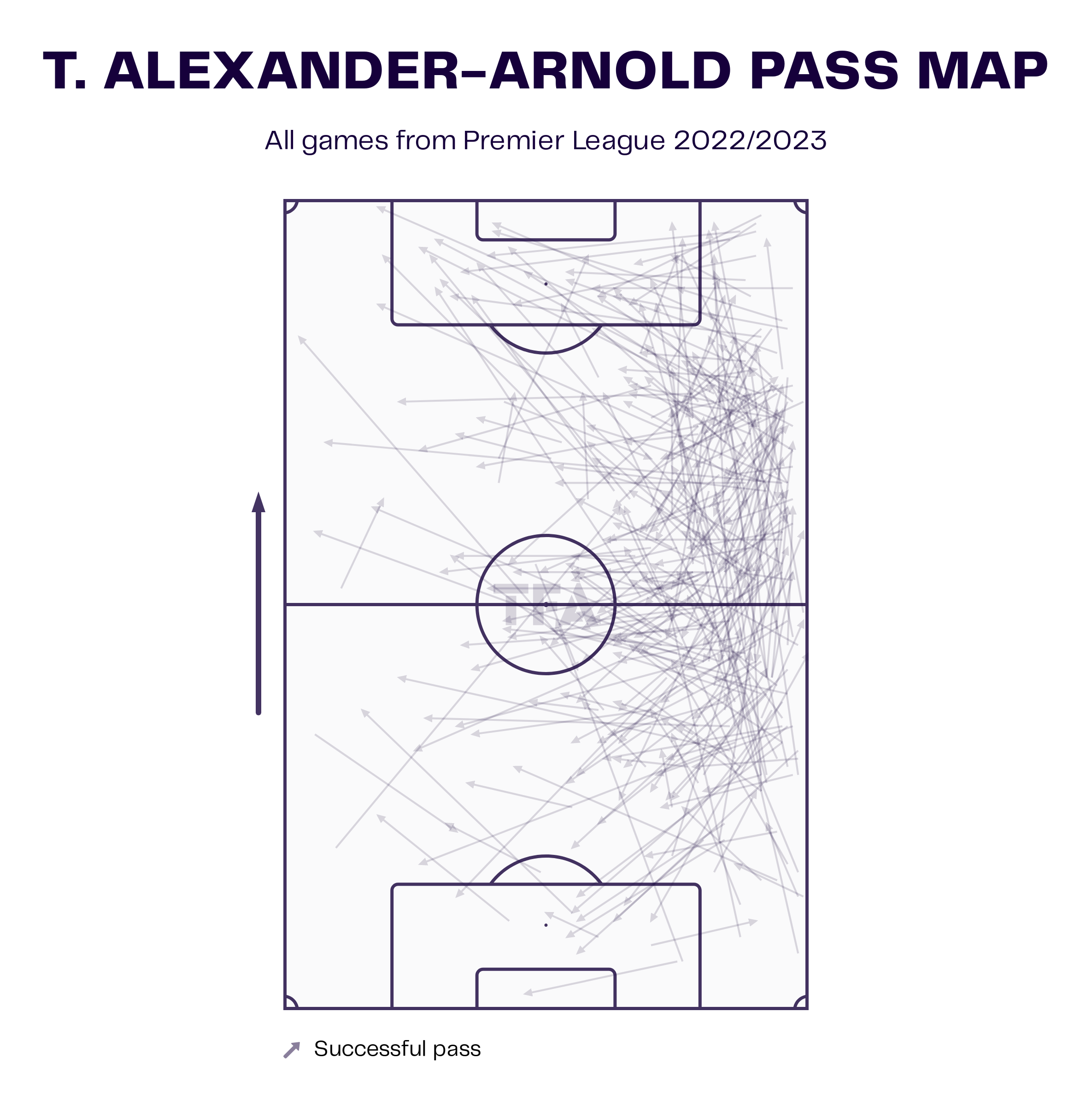 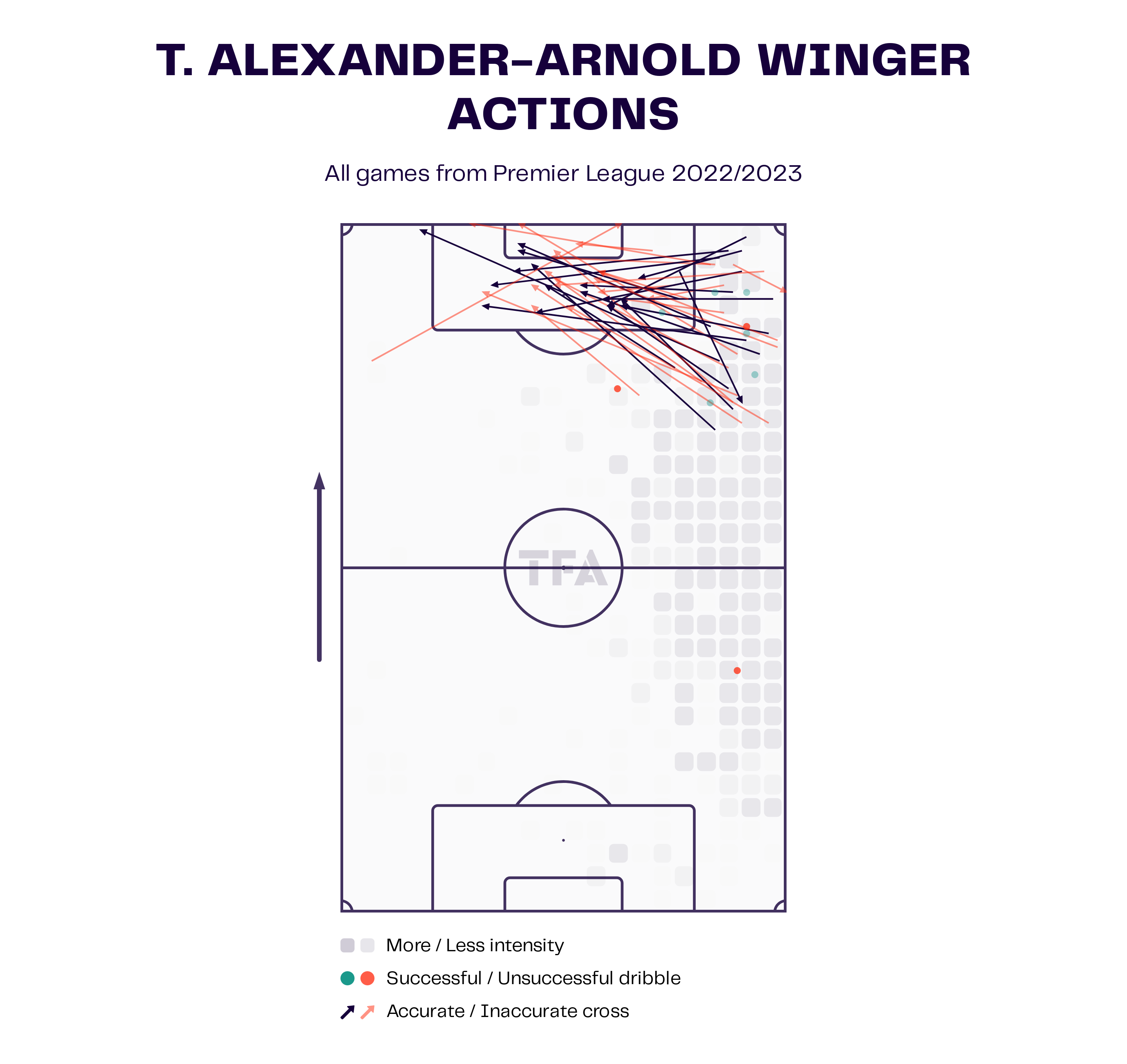 The above viz shows the dribbling areas as well as the crosses delivered by the player. As mentioned earlier, Trent has attempted 41 crosses so far and only 18 have been delivered. Some of the crosses have been cleared, while the ones that have found a teammate are either saved or are off target. 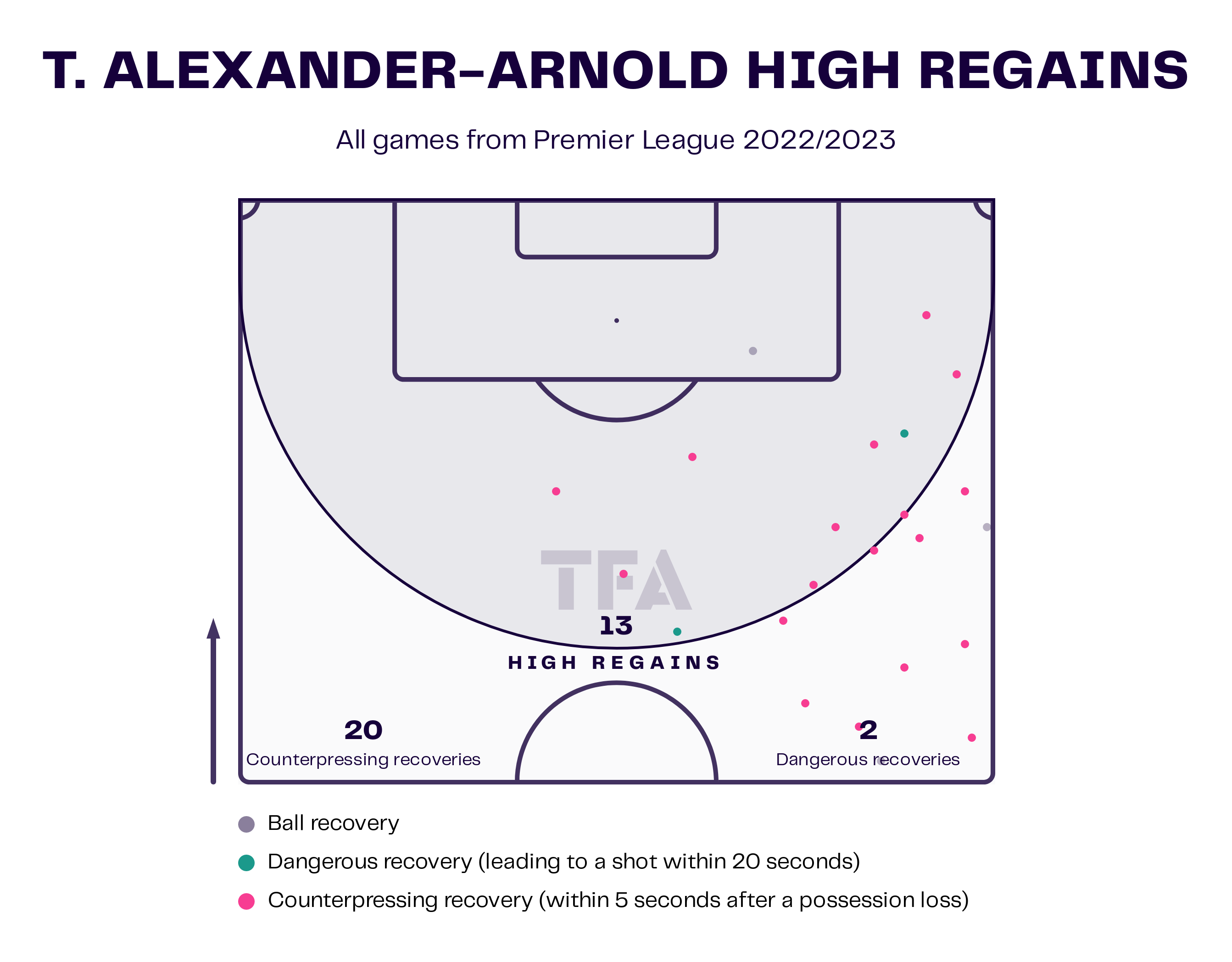 The full-back has attacked more in recent games. This was basically due to Liverpool’s struggles to win the match. They had to stay on the attack most of the time. Trent has proved to be vulnerable in defence on occasions and has received criticism for that. However, the player has a lot of potential and will look to improve his stats going further into the season.