The Premier League returns with another set of crucial matches this weekend as Liverpool lock horns with Patrick Vieira’s impressive Crystal Palace at Selhurst Park on Sunday.

Crystal Palace are in 11th place in the Premier League standings and have not been consistent enough this season. They have a tally of 24 points from the 21 games they have played so far in the league. The Eagles were poor in their 1-1 draw against Brighton & Hove Albion this week, and will need to take it up a notch in this fixture. 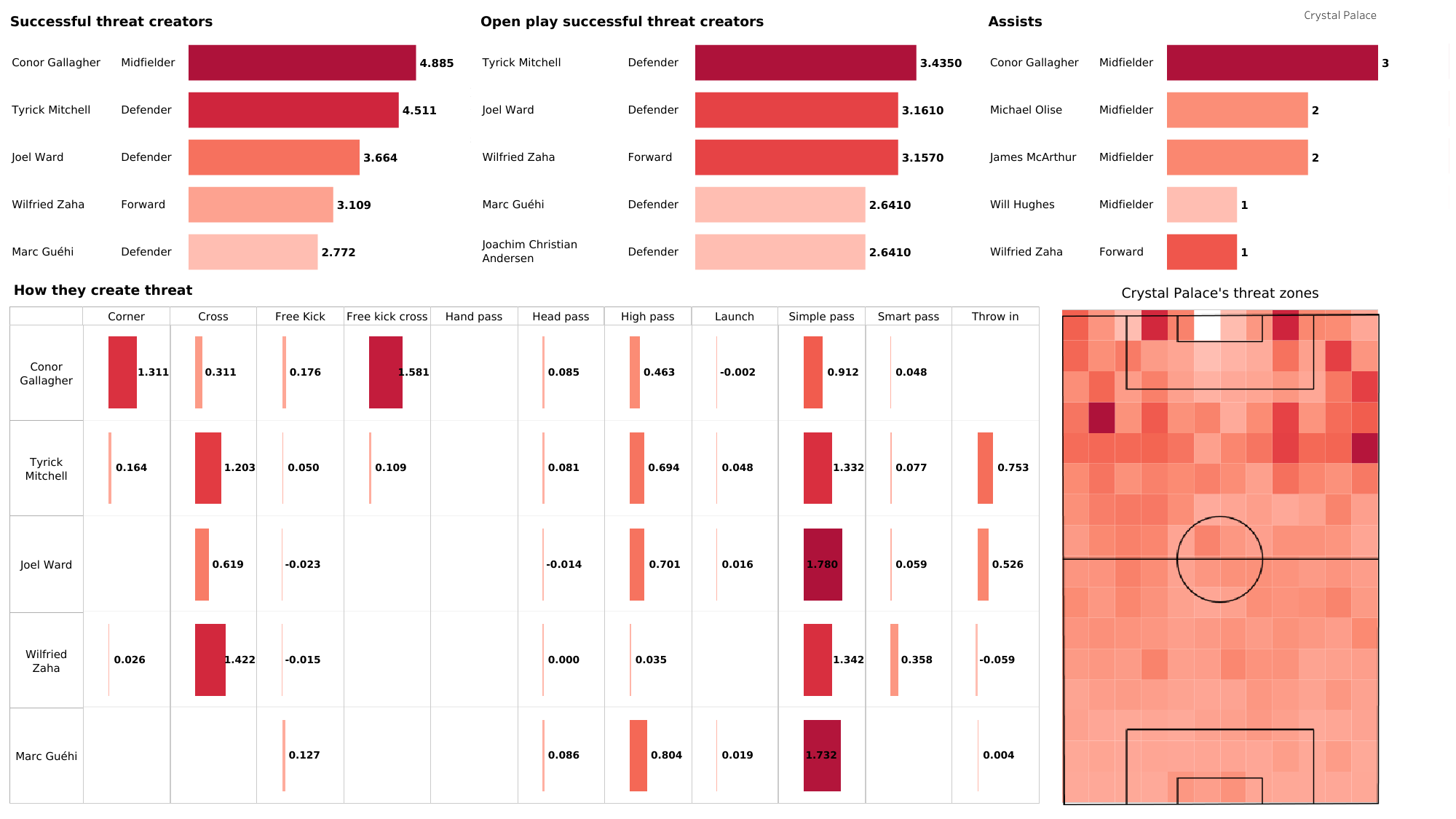 The above visual shows us the xT creation zones for Crystal Palace this season. The map indicates that Crystal Palace have been most threatening from the right flank, as they have higher xT creation zones on that side of the pitch. Palace have several xT creation zones on the left flank as well, which indicates they can attack the Liverpool defense from both sides of the pitch when they get into the final third. Conor Gallagher has been their major threat creator so far. He has generated the highest xT from the free-kick crosses he has put into the penalty area. The midfielder has generated an overall xT of 4.885 and will look to have an impact on Sunday’s game.

Liverpool, on the other hand, are in second place in the league table at the moment and have fallen behind Pep Guardiola’s Manchester City in the title race. They have a total of 45 points so far and are 11 points behind the Cityzens. The Reds eased past Arsenal to reach the Carabao Cup finals in their previous game and will be confident ahead of this match. 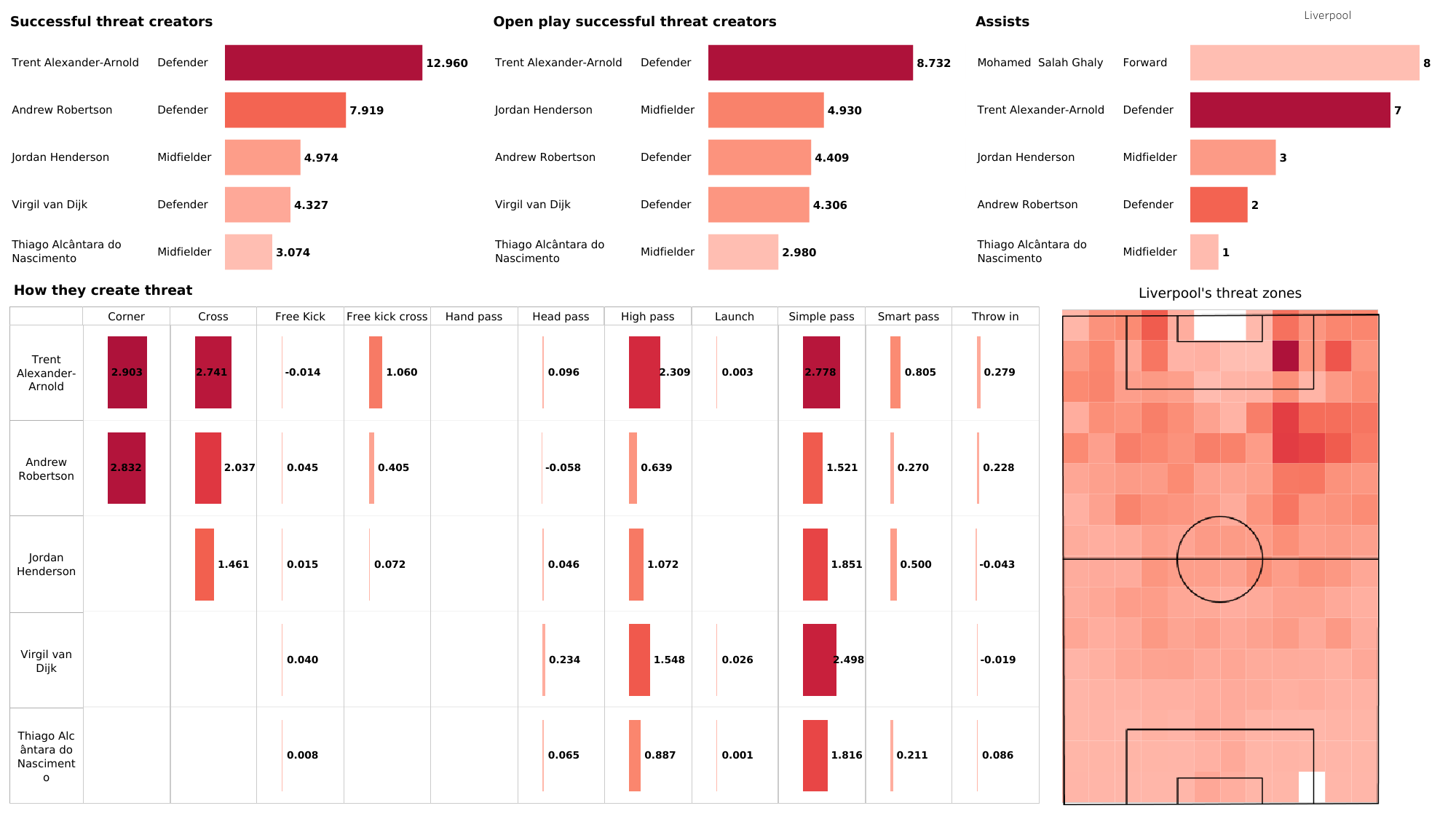 Trent-Alexander Arnold has been the main threat creator for Liverpool as he has generated the highest overall xT so far. Dallas has generated an xT of 8.732 from open play and has the vision to spot the right pass in the final third. Liverpool have been most threatening from the right flank, as seen in the above visual. Alexander-Arnold has provided seven assists so far in the league and has been one of the best chance creators in the division.

Mohamed Salah, Sadio Mane, and Naby Keita remain away on AFCON duty, but there are chances of Alex Oxlade-Chamberlain’s possible return from an ankle issue sustained against Brentford. However, Thiago Alcantara, Nat Phillips, Divock Origi remain absent for the time being, as Klopp will stick with largely the same team from the Emirates win.