Liverpool are growing increasingly confident of securing the signature of Borussia Dortmund and England wonder-kid Jude Bellingham this summer. There is growing confidence in Jurgen Klopp’s camp that a deal can be made for the exciting young midfielder in the summer transfer window.

Bellingham has been terrific for Borussia Dortmund this campaign, shining brightly alongside fellow sensation Erling Haaland in the Bundesliga as well as the Champions League appearances. It’s this very form that is making him one of Europe’s hottest properties, and if Liverpool want to sign him, they’ll face stiff competition, with the likes of Manchester United, Chelsea, and Manchester City all trying to tempt Bellingham to the Premier League.

Let’s take a look at his stats from his season: 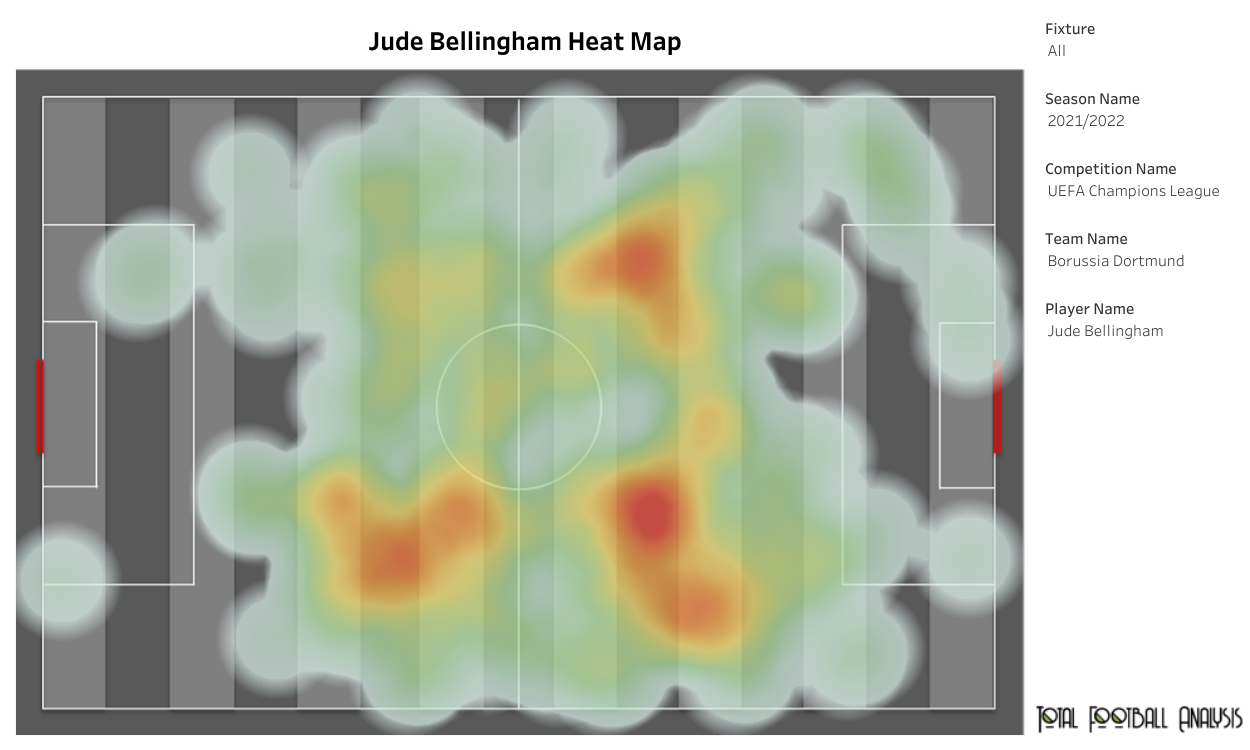 Bellingham usually prefers playing in the centre of the midfield but can also be put in wider areas as a left or right attacking midfielder, as we have seen him in these positions. He is very skillful on the ball and can get into threatening positions when he has the ball at his feet. Bellingham is classy on and off the pitch, and the chance to play around veterans of the game at Liverpool would only optimize his performance. Bellingham may also see the German coach as the perfect person to make him a world-class midfielder. 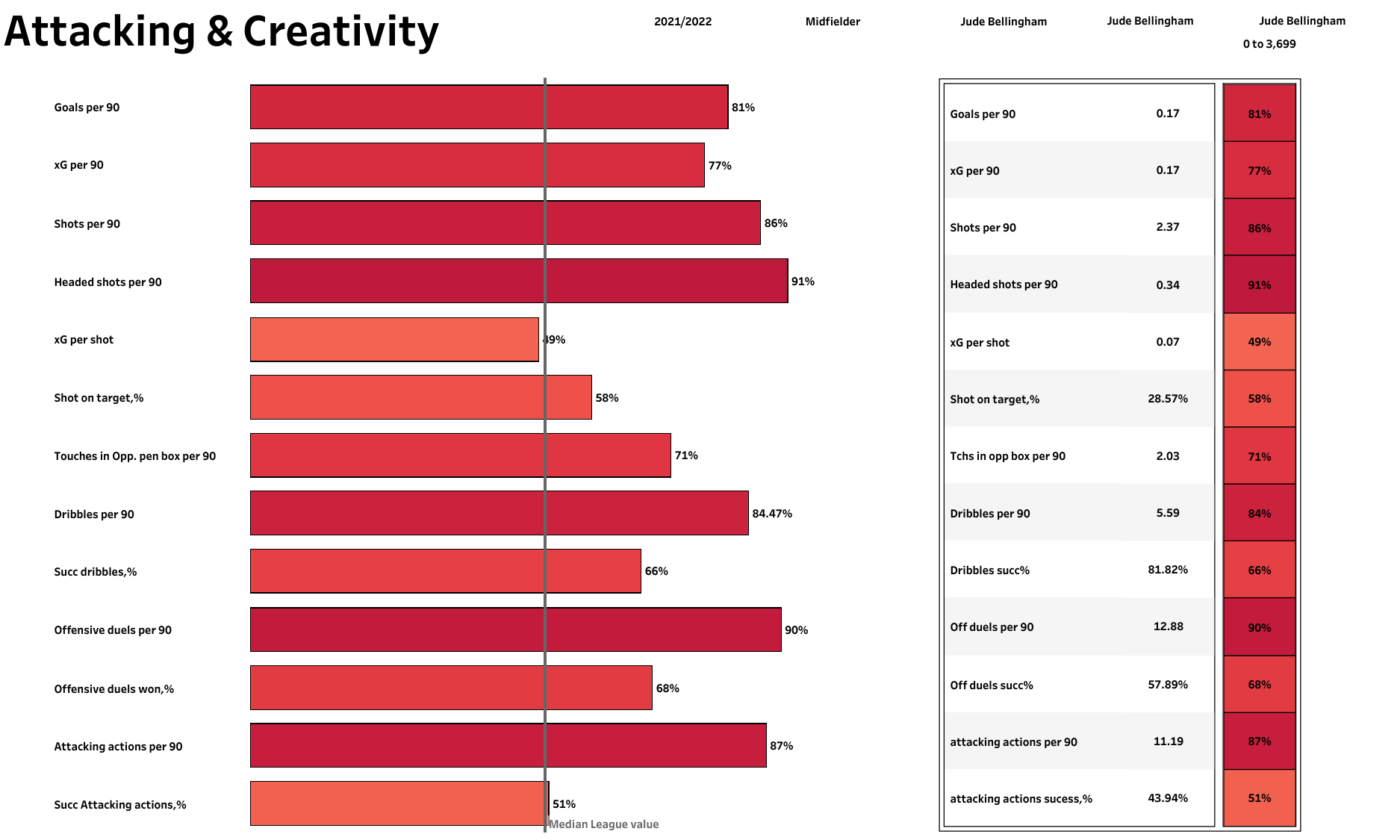 Bellingham has recorded a total of four goals and 10 assists so far in all competitions and has been a crucial player for Dortmund. Although Dortmund have crashed out of the Champions League, Bellingham was giving brilliant performances for his team. The above visual shows us his attacking and progression metrics so far in the 2021-22 Champions League season. Bellingham had a success rate of 43.94 from the 11.19 attacking actions he attempted per 90 minutes. He has a shot on target percentage of 28.57% and has also won 81.82% of the dribbles he has attempted. 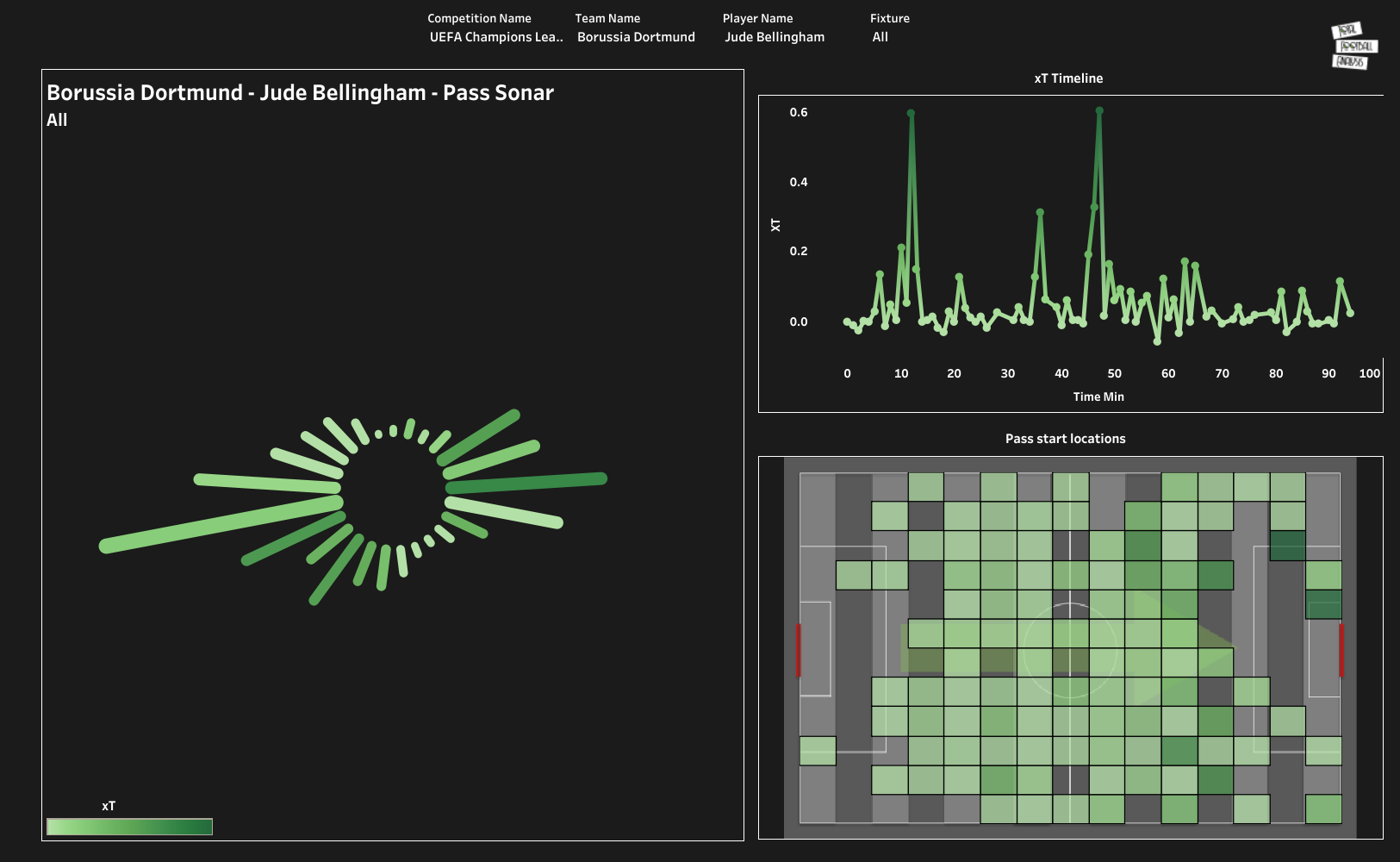 Bellingham has played the majority of his passes from the central midfield, according to the pass start location visual. The visual also indicates that at times, Bellingham has occupied wider positions on the field to help his attackers and has put in several crosses into the box. He has a high xT from his passes on both sides as he drifts into wider areas at times.

With James Milner’s contract appearing set to run its course at the end of the season. That being said, with both Jordan Henderson (31) and Thiago (30) in the 30 plus zone, and a replacement for Gini Wijnaldum yet to be sourced, there’s a clear indication for investing in an option when possible. Not to mention the number 8’s unreliability when it comes to picking up injuries. They need a young midfielder who is fit enough to play in the Premier League and can drive the team’s attacks from the midfield.

Something that can reduce Liverpool’s chances of signing the 18-year-old playmaker is the fact his Borussia Dortmund partner in crime, Erling Haaland, looks set to leave the club this summer. This means Dortmund may not want to lose two of their best players in one transfer window despite a huge transfer bid coming in.