This summer, Liverpool is likely to be on the lookout for a new midfielder. Even though the Reds largely covered up Gini Wijnaldum’s absence in the first half of the season, recent performances have proven that a replacement is required.

Liverpool’s inability to dominate the game during the 2-2 draw against Chelsea allowed Chelsea to come back into the game after Liverpool had led 2-0 just before half-time. Midfield has now been identified as the club’s weakest area of the pitch, and many want to see summer investment to rectify the problem. The club has been linked with several players. Leicester’s Youri Tielemans is one player who can fit the role perfectly and has received far less attention.

This season in the Premier League, Tielemans has made 14 appearances for the Foxes. He has five goals and two assists to his name so far. The 24-year-old midfielder is already in his third Premier League season. 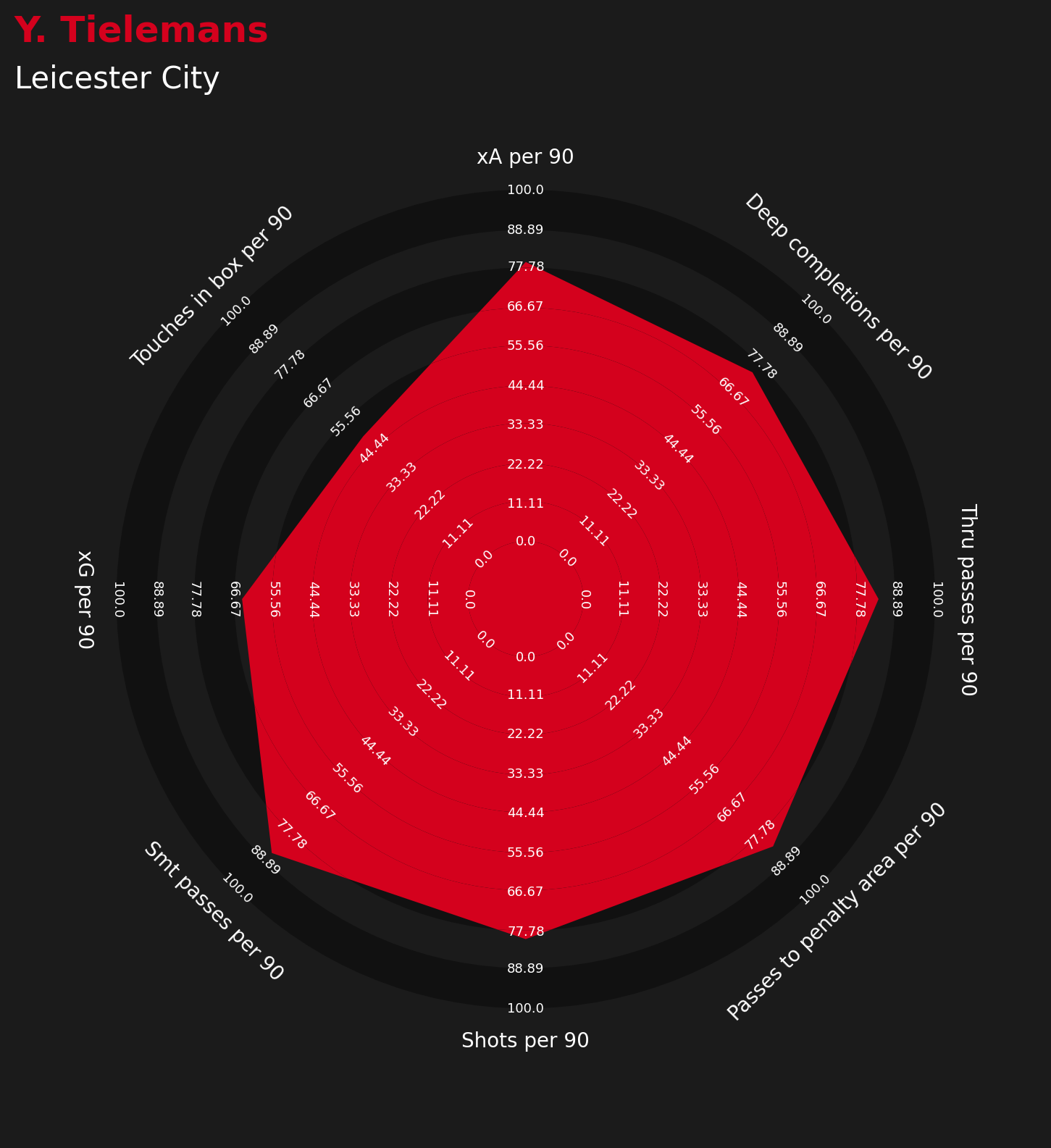 The above visual shows us the radar for the attacking and creativity metrics for Tielemans in the Premier League. All the data above is in percentile values calculated for the players within his league. In this case, 50th percentile is the league median of selected players’ positions. The radar indicates that Tielemans is significantly better than the median league value for the same stats. He ranks highly in smart passes as well as through passes per 90 and has also attempted several shots on goal per 90 minutes as he has a percentile of approximately 80%. Tielemans has proved himself as a great attacking midfielder in the past couple of seasons and can have a great influence on any game. 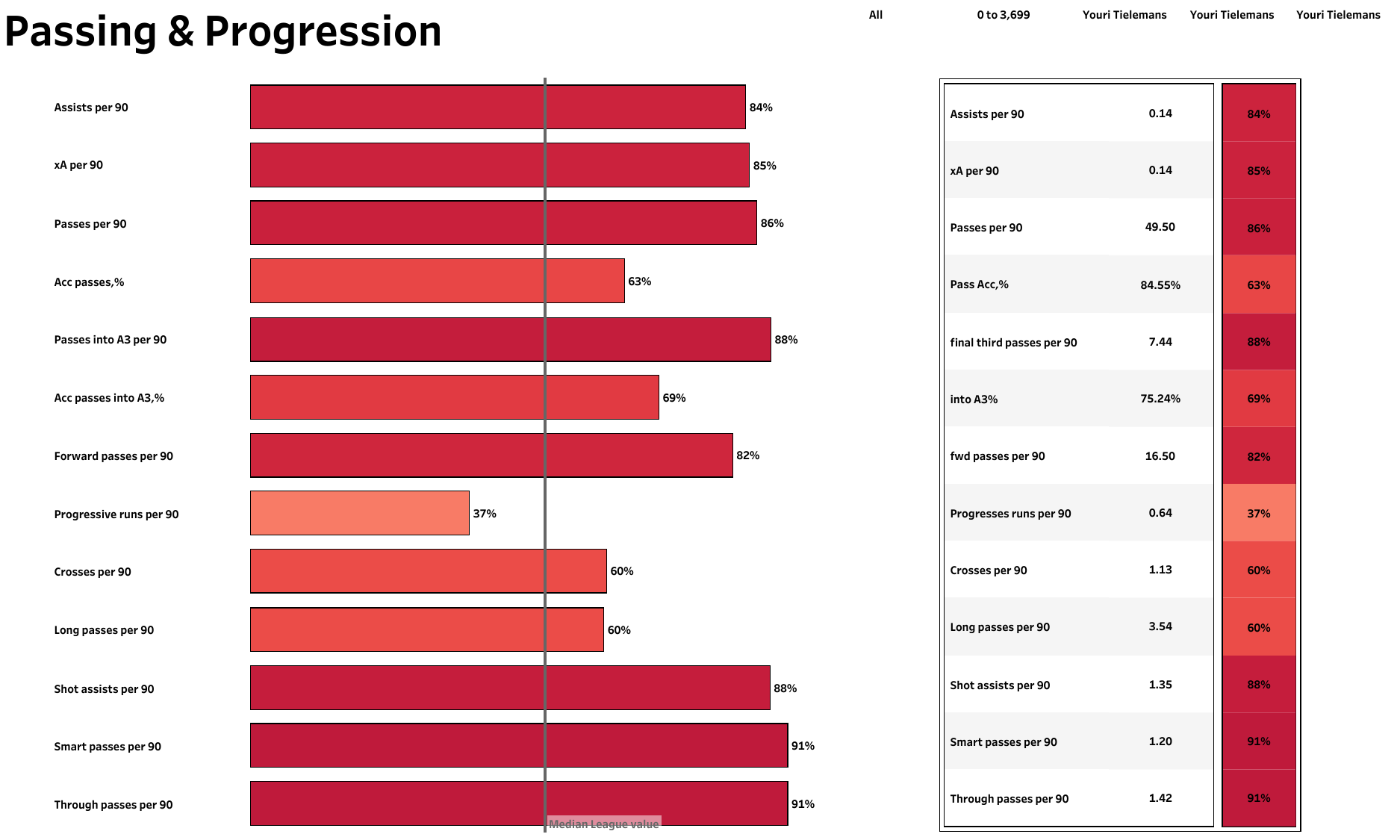 The above visual shows us the passing and progression stats for Tielemans. Tielemans has averaged 49.5 passes per 90 minutes with a pass accuracy of 84.55%. He has attempted 7.44 passes into the final third per 90 minutes, as he is always trying to find a pass through the opposition defense. As seen in the above visual, he also has a high percentile for smart passes and through balls per 90 minutes. 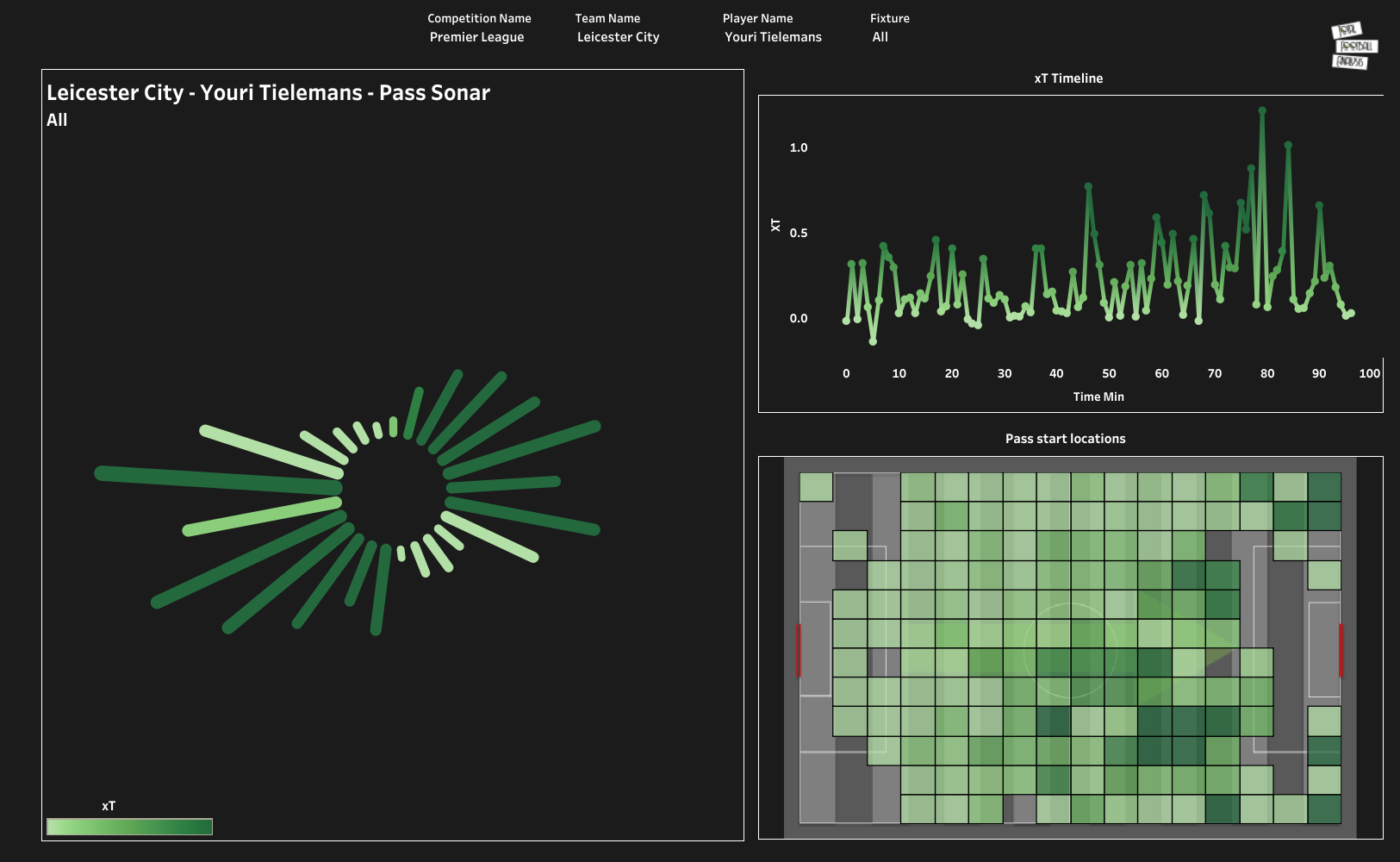 Tielemans has played the majority of his passes from the right side of central midfield, according to the pass start location visual. The visual also indicates that at times, Tielemans has occupied wider positions on the field to help his attackers and has put in several crosses into the box. He has a high xT from his passes on both sides as he drifts into wider areas at times. The xT timeline indicates that Tielemans has been most effective in the second half as he has created several chances towards the end of the game. 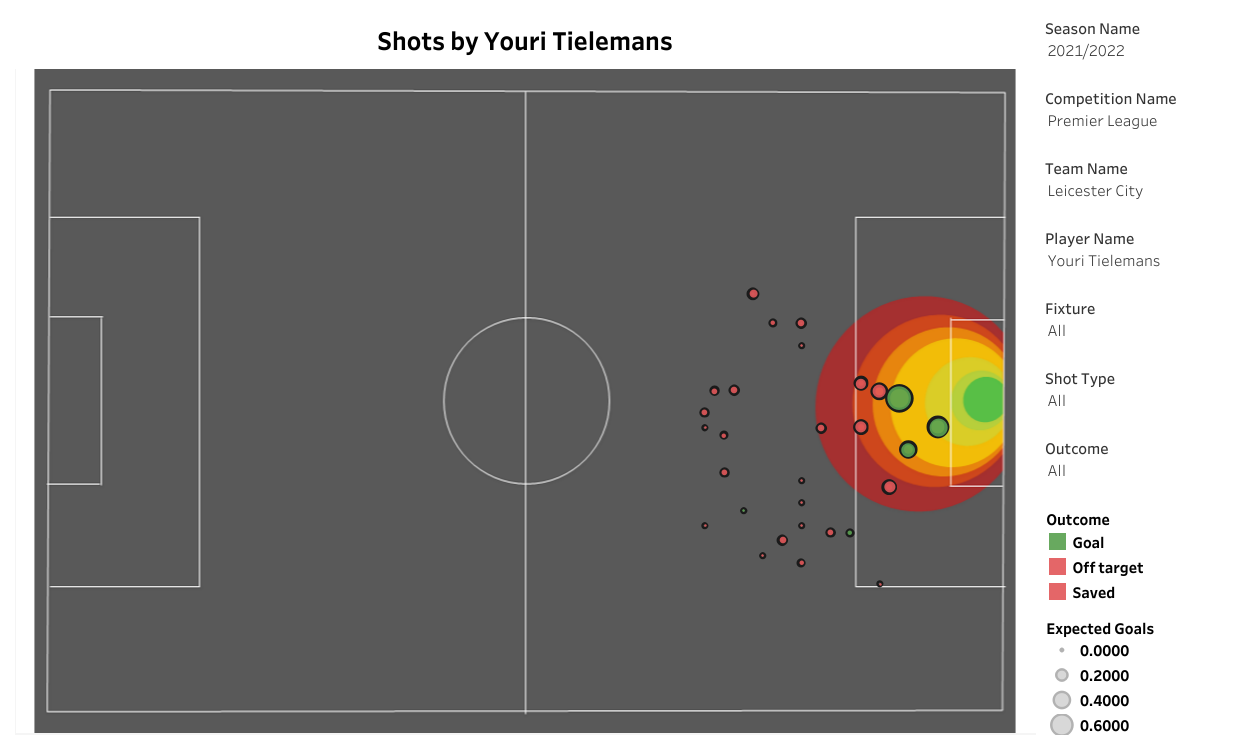 Over the last few years, the Belgian midfielder has developed into one of Leicester’s most important players, to the point that the team isn’t the same without him.  The 24-year-old is expected to go to greater and better things in the future, and this window might be the ideal opportunity for Liverpool to try and sign the midfielder to boost their chances to try and win the Premier League.