Liverpool’s first-choice right-back, Trent Alexander-Arnold, sustained a hamstring pull in the 2-0 win over Arsenal. The injury is expected to keep the defender sidelined for a couple of weeks as reported by the team. Three days after the Arsenal win, Joe Gomez deputized in place of Alexander-Arnold in the cup match against Nottingham Forest.

Alexander-Arnold is Liverpool’s only established right-back in the squad. The versatile James Milner, now 36, is an able right-back, but due to his age, he should not be relied upon in that position for a prolonged period. These next couple of weeks will be massive for Gomez personally if Alexander-Arnold’s return is delayed.

An ever-present figure in Liverpool’s 2019/20 Premier League winning back-line and a key player in the Champions League triumph the year before, Gomez is proven at the elite level. He is quick and a capable ball carrier from deep. His best strengths are his positional awareness, and ability to sniff out danger and make crucial interceptions using his pace. Joel Matip’s resurgent form after injury setbacks of his own and the signing of Ibrahima Konate from RB Leipzig in the summer has culminated in Gomez being demoted to fourth-choice at centre-half. 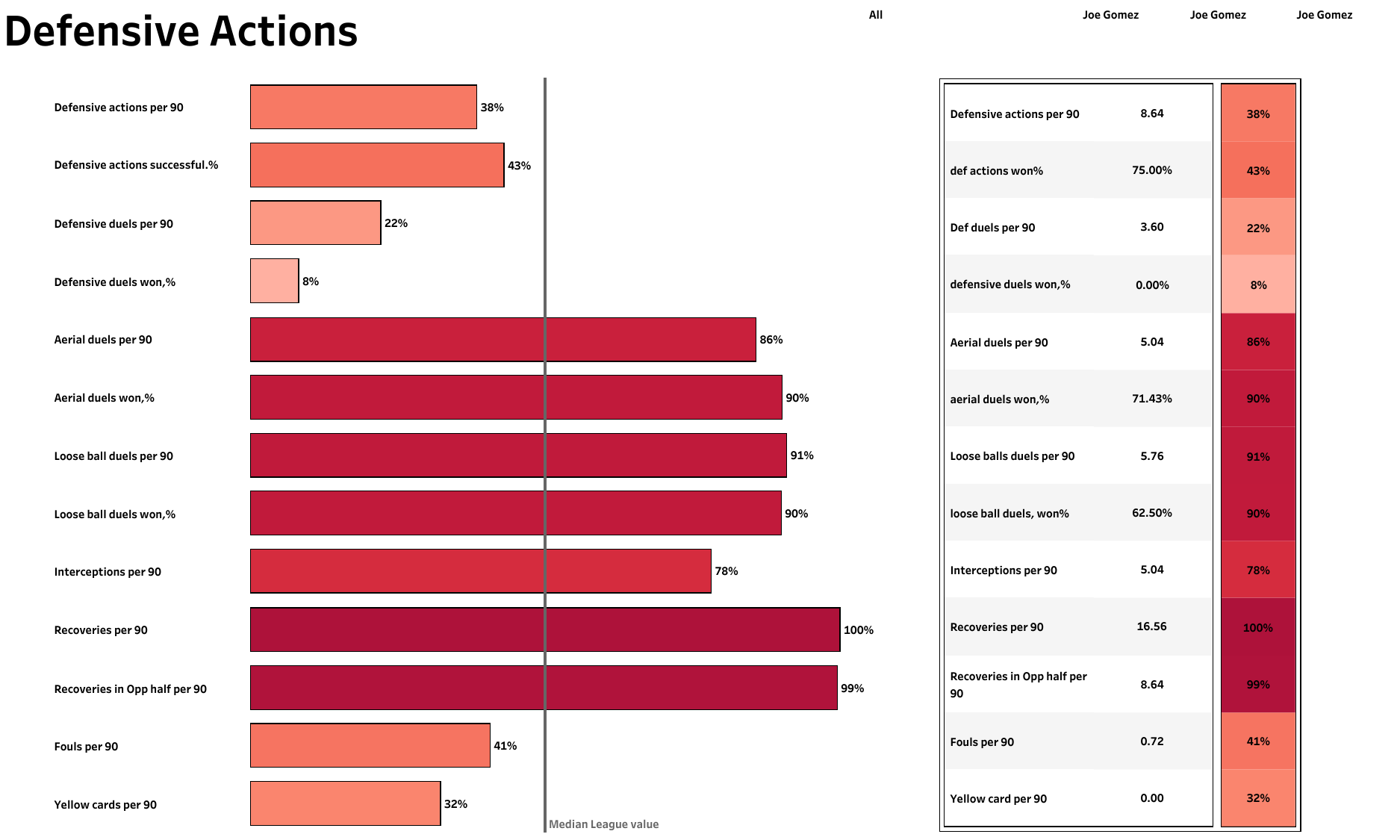 Gomez has only played one full game for Liverpool all season in the Premier League. He attempted 8.64 defensive actions per 90 minutes and had a high success rate of 75%. He ranks highly in winning aerial duels and loose balls duels. He has made 16.56 recoveries per 90 minutes and has also completed 5.04 interceptions. The Englishman’s performance against Nottingham Forest was impressive as well. He provided width, an option on the flanks, and was defensively sound. 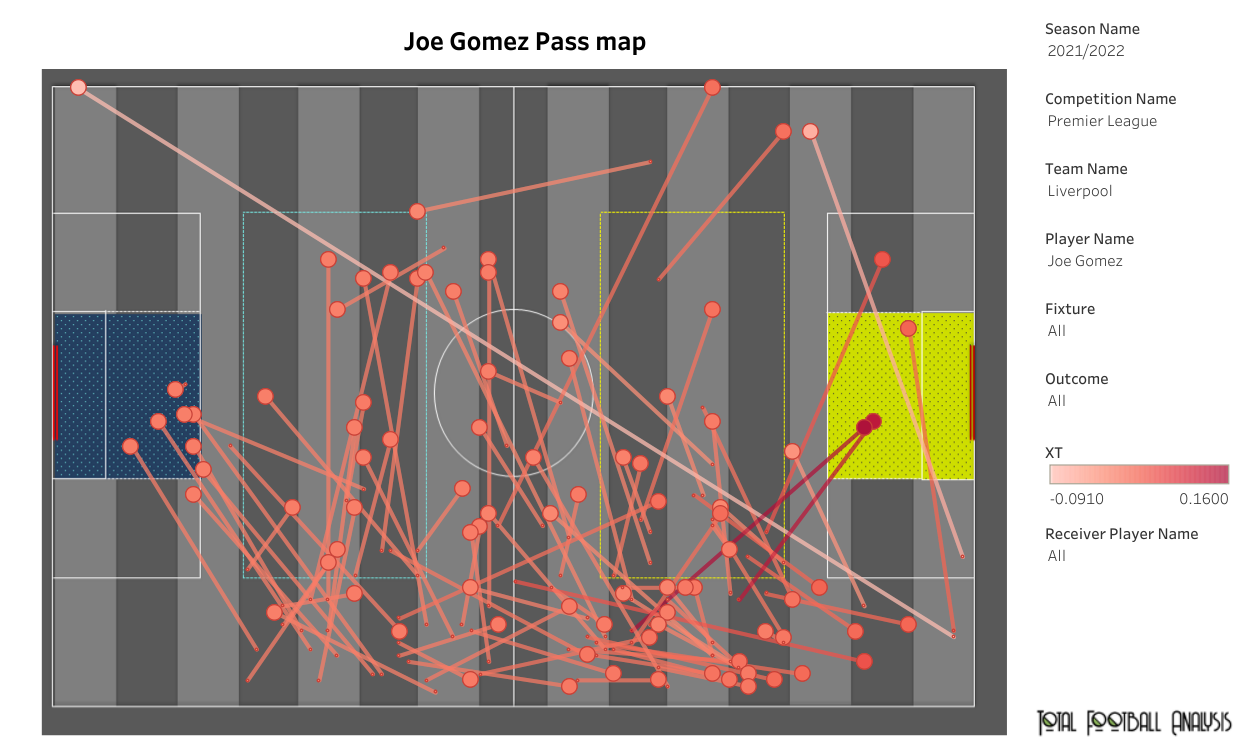 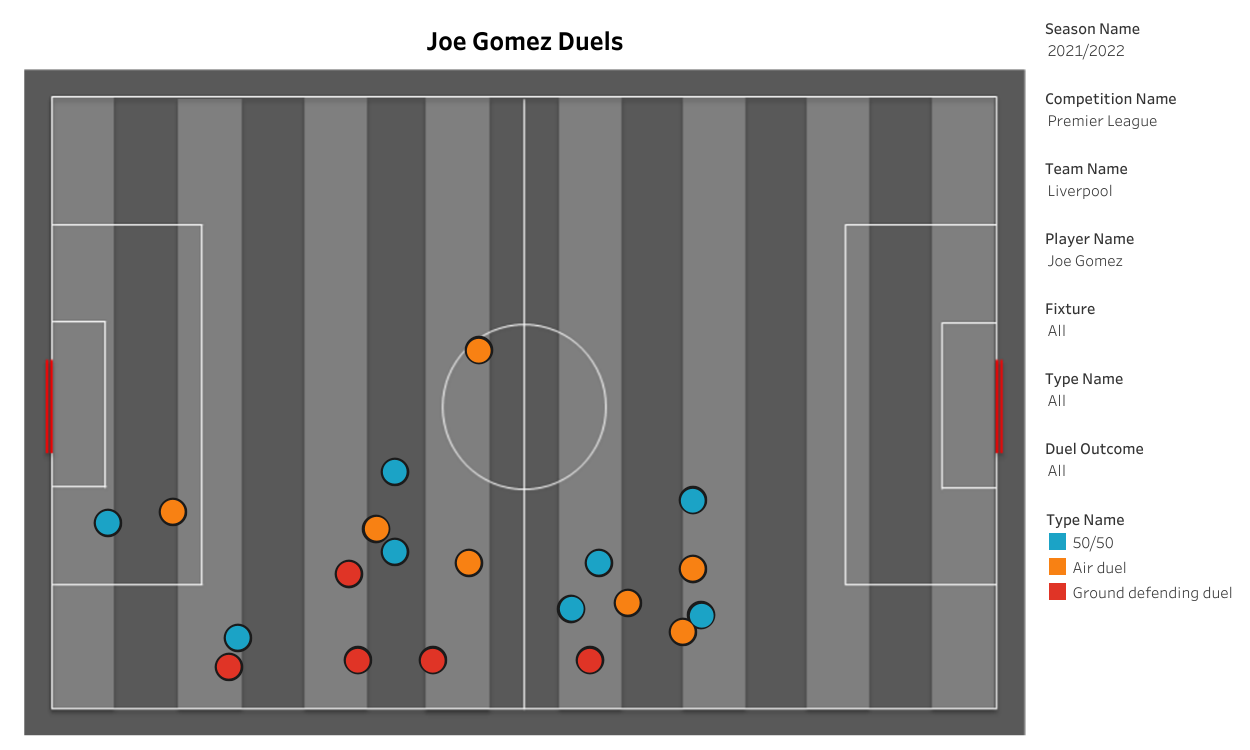 Gomez might not be as good with his feet as Trent Alexander-Arnold, but the Englishman is defensively very stable. He has won most of the duels he has attempted on the right side and has a great understanding with Matip as well as Van Dijk.

Alexander-Arnold is Liverpool’s only established right-back in the squad. James Milner, now 36, is a capable right-back, but due to his age, he should not be relied on in that position for an extended time. If Alexander-Arnold’s return is delayed, the next few weeks will be crucial for Gomez.

Liverpool’s next five fixtures could define their season. These include a crucial Premier League game away to league leaders Manchester City, both legs of the Champions League quarter-final against Benfica, and an FA Cup semi-final. So it is vitally important Gomez gets into good form in the absence of Liverpool’s most creative outlet.