Divock Origi will be a free agent at the end of the current Premier League season, so it’s no surprise that there are clubs in Europe who are working on a deal to bring the Belgian into their plans. Divock Origi is set to sign for Italian giants AC Milan on a free contract this summer. Jurgen Klopp, on the other hand, still has the option to keep the striker and extend his contract beyond this season, but after only a few appearances for the Reds, it appears that Origi is set to leave Liverpool.

Origi will be fondly remembered by the club for his late goals against big clubs that saved Liverpool several times. He was a great impact substitute who always had an impact on the game as soon as he came on. Since Origi is leaving, Liverpool will be in the market for a super-substitute forward who can play a similar role that Origi used to play for the Reds. 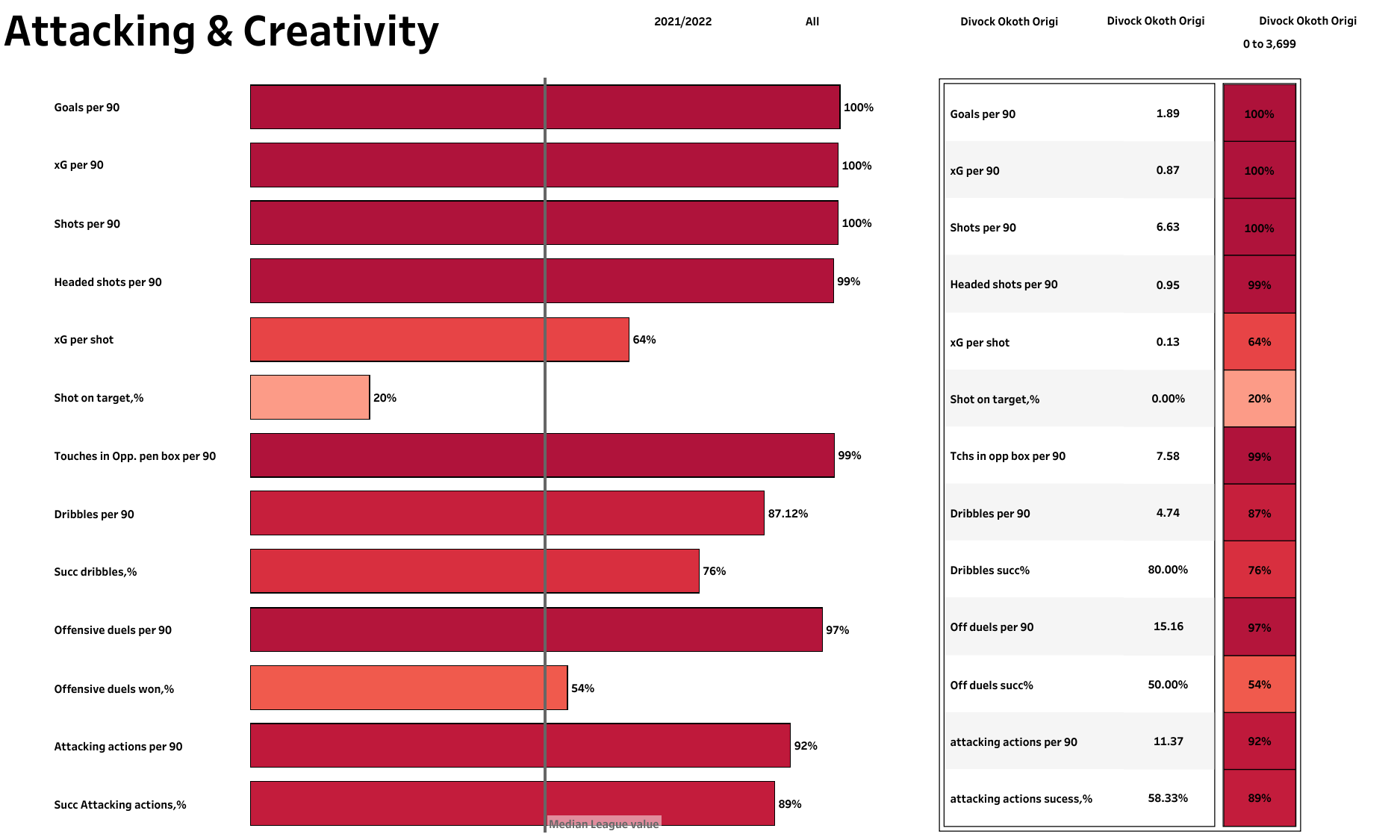 The above visual shows us the attacking & creativity metrics for Divock Origi from the 2021-22 season. Origi’s stats are significantly high. The striker has received limited playing time for Liverpool but has been impressive in those games. Despite only featuring for 71 minutes in the Premier League this season, Origi has managed to score two goals. Both his goals in the Premier League were in the last 10 minutes of the game. His goal against Wolverhampton Wanderers was a match-winner in stoppage time that gave Liverpool all three points in the game. His second goal was against West Ham United when Liverpool were 1-3 down, and that goal gave Liverpool some hope of coming back into that game. Liverpool lost the game 2-3, but Origi showed his worth and how he can change the game for Liverpool as a substitute. Origi has attempted 6.63 shots per 90 minutes and has also generated a high xG value. He has won 58.33% of the attacking actions he has attempted. 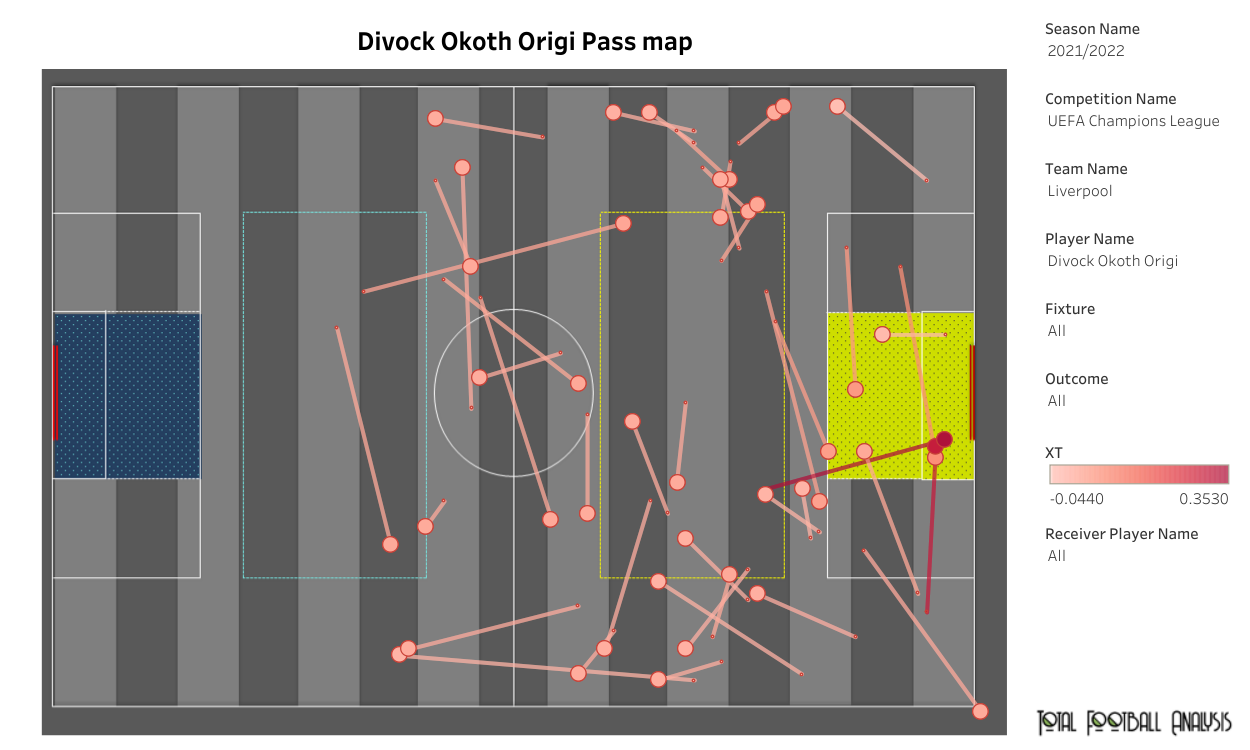 Origi has featured for more minutes in the Champions League as compared to the Premier League. The above pass map shows us how Origi shows his energy as he comes onto the pitch and involves himself in the game. He drops deep to receive the ball and also manages to get into threatening positions inside the final third. 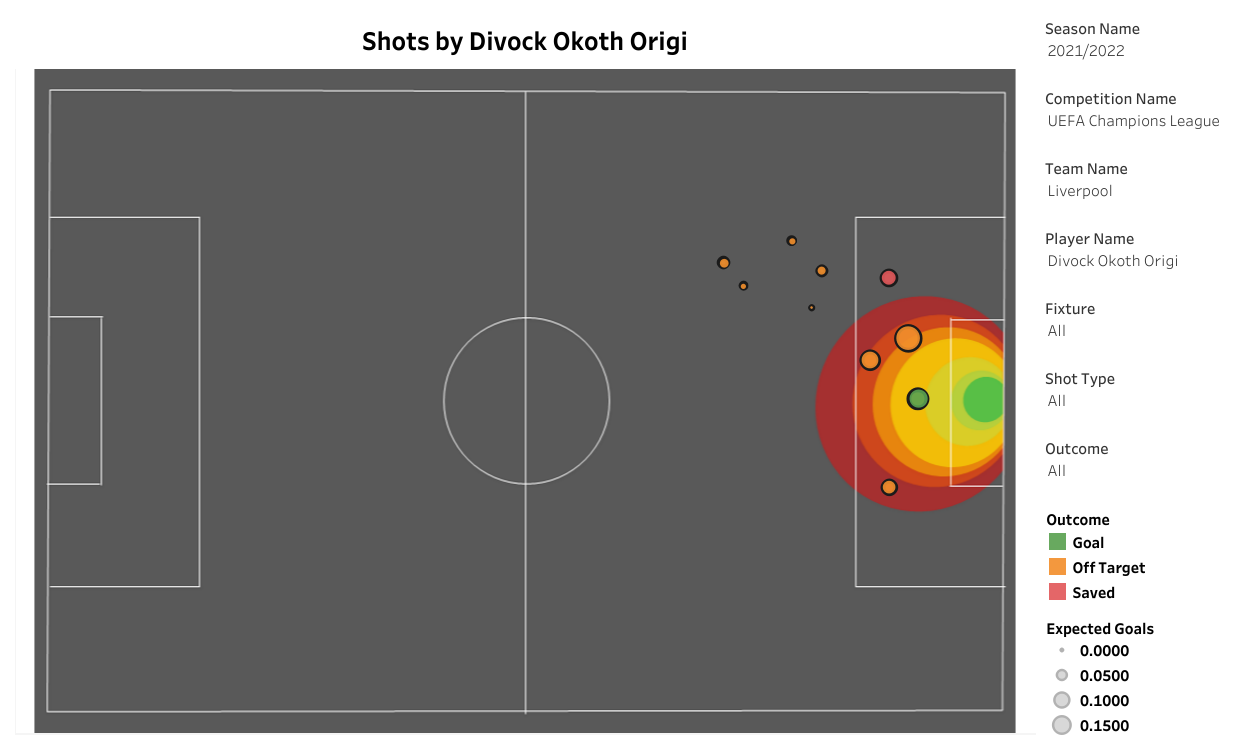 Origi attempted 10 shots on goal in the UEFA Champions League despite getting only 175 minutes of game time. This indicates that he attempted a shot on goal every 17.5 minutes. He has been able to keep 40% of his shots on target, and most of his shots have been from the left flank when he cuts inside.

Replacing Origi will be no easy task, but it must be done if he is to move away this summer. A young, promising forward would bring some depth and versatility to Liverpool’s front line. Liverpool do have Roberto Firmino as an option on the bench but will need another young pacey striker to create an impact when he goes onto the pitch.