21-year-old Nottingham Forest right-back Djed Spence could be the perfect backup for Alexander-Arnold heading into next season. Offensively driven, the youngster would certainly fit the bill for the type of player Jurgen Klopp would want in his team, and his age suits the transfer model Liverpool owners FSG are renowned for.

Spence has three goals and five assists to his name so far this campaign in all competitions, and despite being an attacking-minded defender, he’s also shown himself to be defensively solid during the Championship League, which has seen so much talent emerge from its ranks over the years. 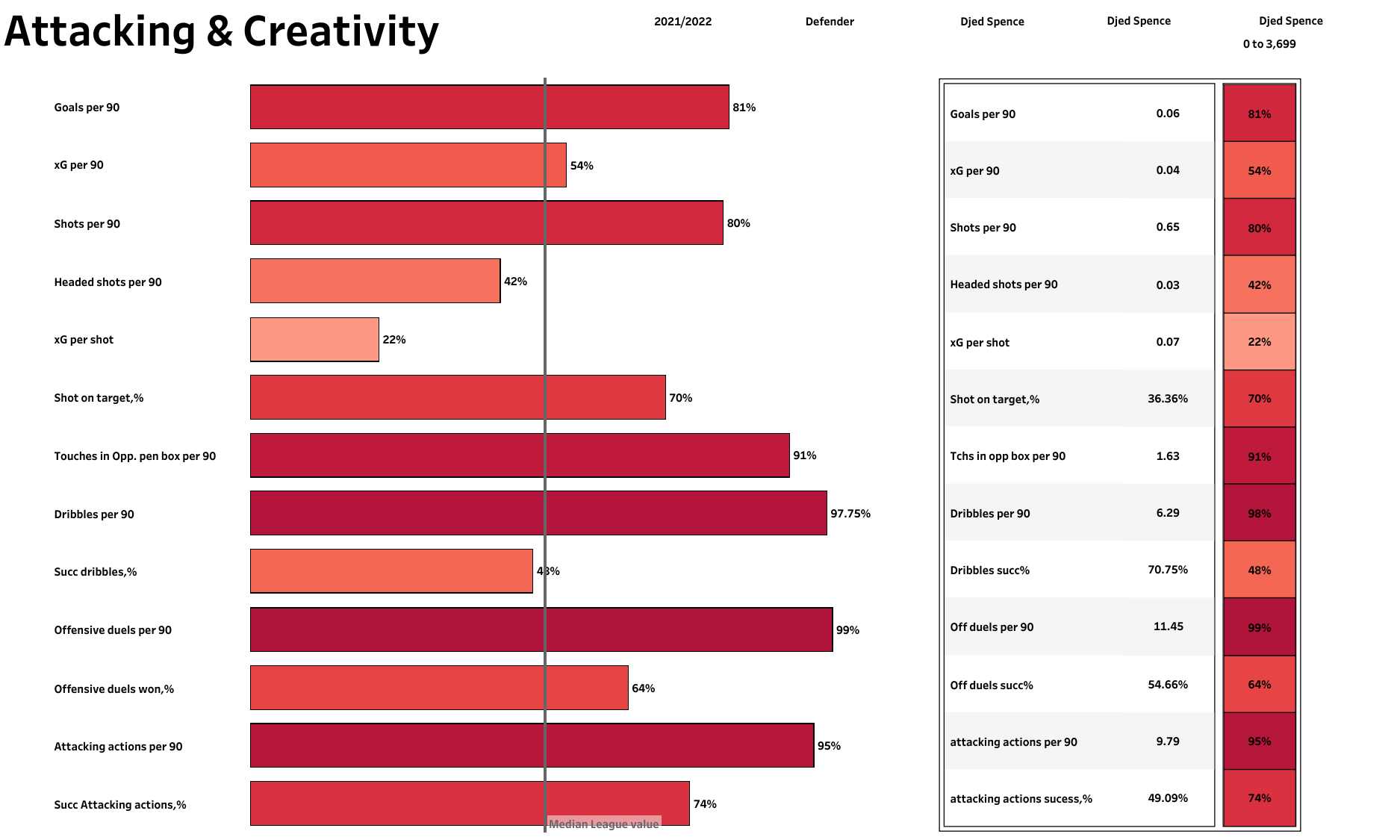 Djed Spence is a right-back who loves moving forward into the final third of the pitch and involves himself in the attacks constructed by his team. He has attempted 9.79 attacking actions per 90 minutes and has completed approximately 50% of these actions. He ranks highly for the dribbles he has attempted per 90 minutes and has been able to complete 70% of those dribbles. Spence can offer Liverpool something different from their current cover for Alexander-Arnold, with the likes of Joe Gomez and James Milner usually being used out of their usual positions as cover for Liverpool’s homegrown talent. Liverpool do not have any direct replacements for Alexander-Arnold’s style of play if the Englishman is injured. Alexander-Arnold is one of Liverpool’s main creators from the right flank, and they need a right-back who can do the same in Alexander-Arnold’s absence. 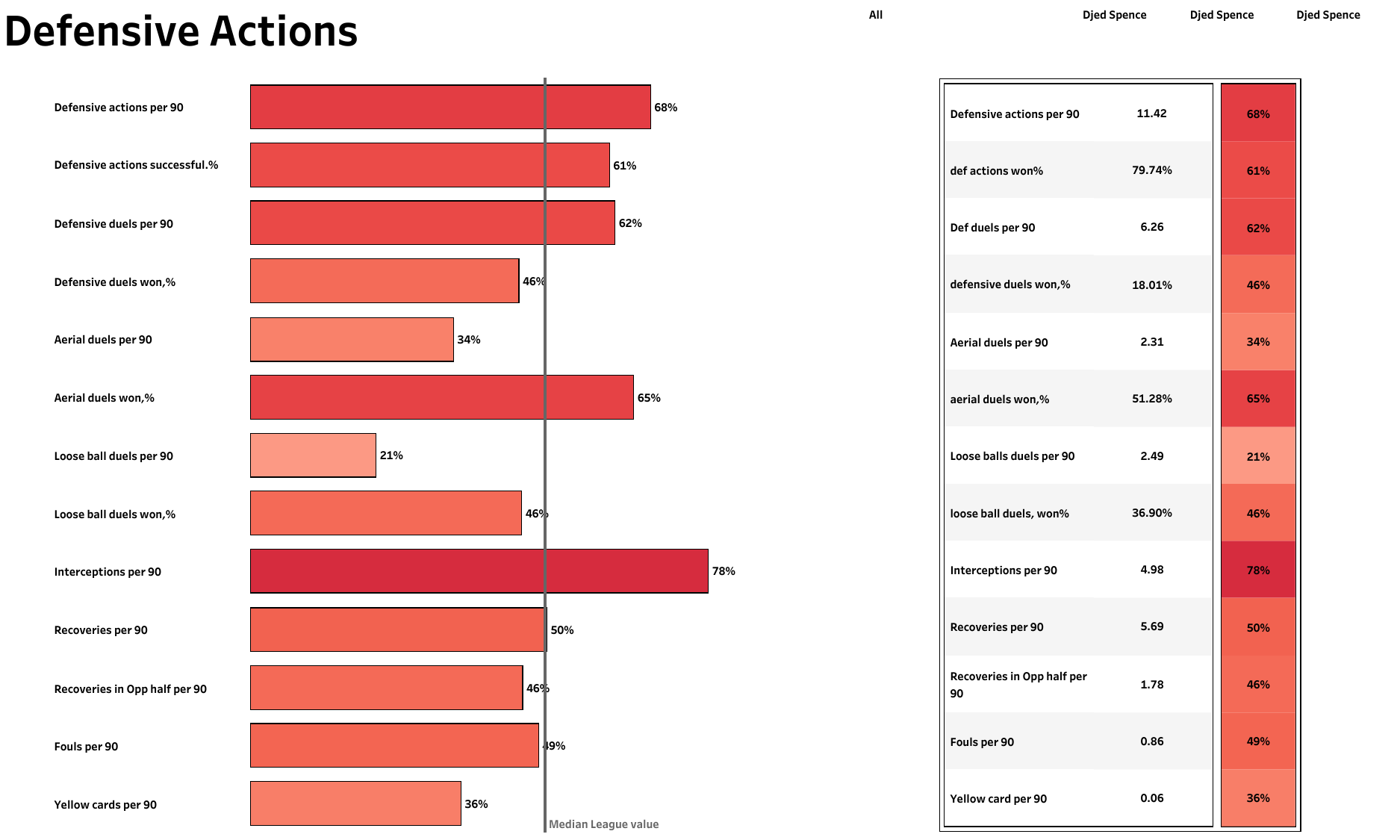 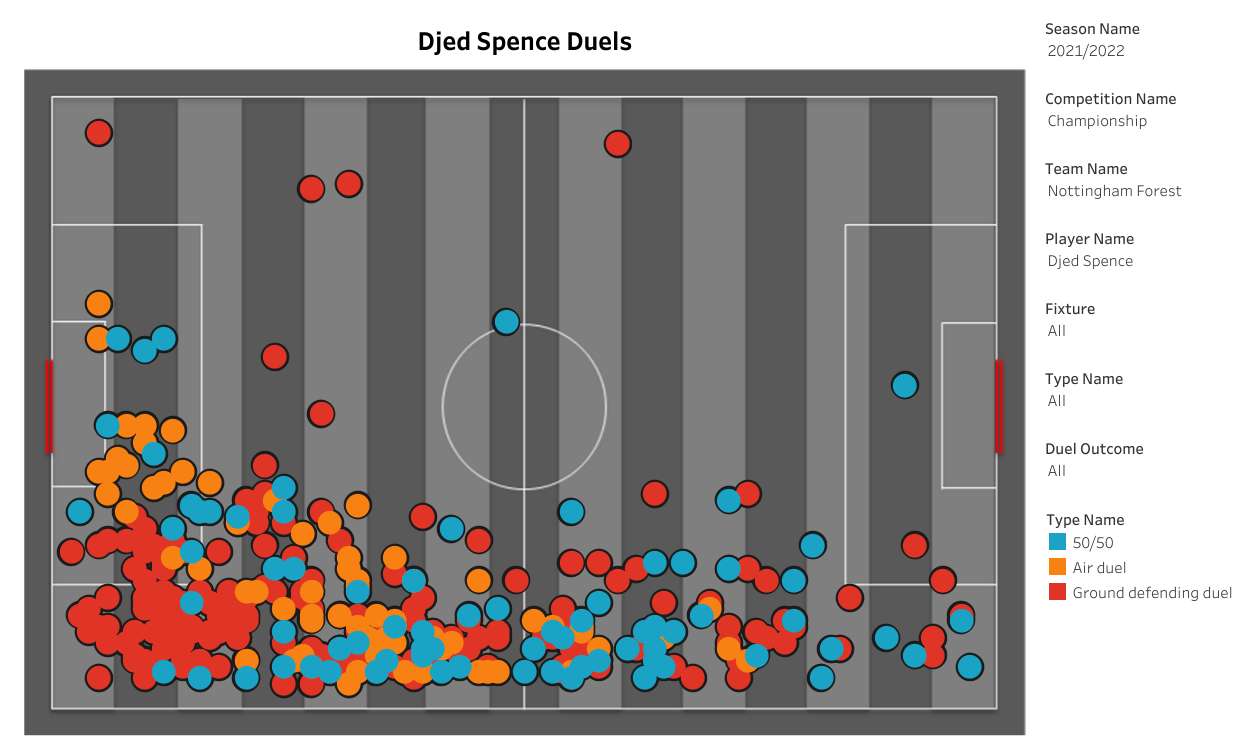 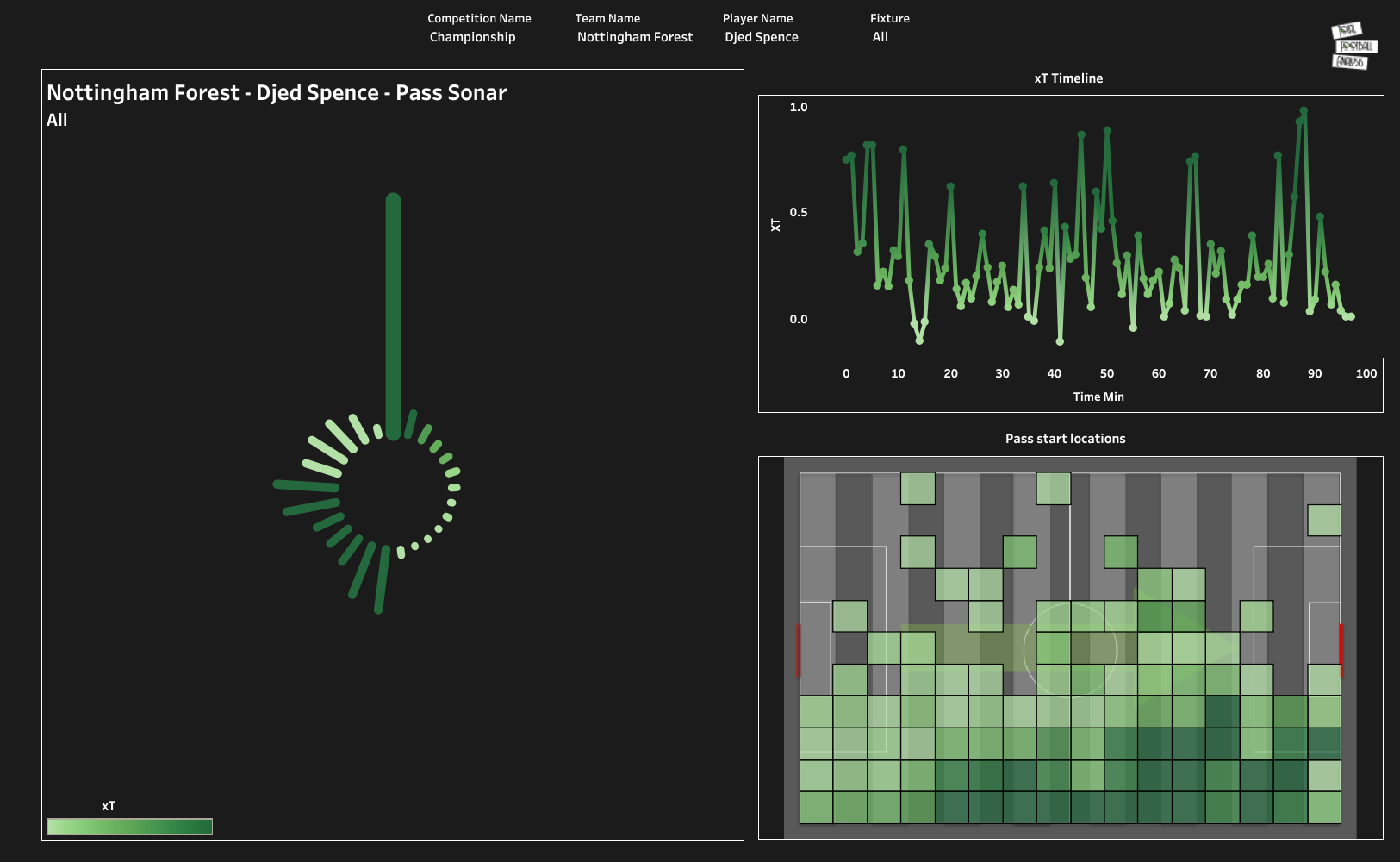 The pass start locations indicate that the young full-back can be a huge threat in the wider areas inside the final third and has the quality to play some killer passes into the box. Spence is a great dribbler of the ball and can dribble his way past the opposition players in the final third half. Most of his passes have been forward or towards the right as he plays on the right side of the pitch. The xT timeline indicates that Spence is a huge threat throughout the game, as he has generated a high xT.

Liverpool would face stiff competition for the youngster’s signature if they decided to pursue a deal. Liverpool’s other right-back option Neco Williams also looks set to leave the club this summer, adding more fuel to the fire that Jurgen Klopp should invest in the 21-year-old starlet. It remains to be seen whether or not Liverpool would make a move for Spence, however, the right-back could prove to be a great purchase if he gets the chance to make it in one of world football’s best teams.