Liverpool ran riot over Rangers and scored six goals in the second half to secure a 7-1 win over the Scottish side in the UEFA Champions League. Jurgen Klopp’s men had to make a comeback from a goal down, and they did it in style. Mohamed Salah came off the bench and scored his first hat trick of the season.

How many crosses were attempted by Rangers? Which Liverpool player won the most aerial duels? 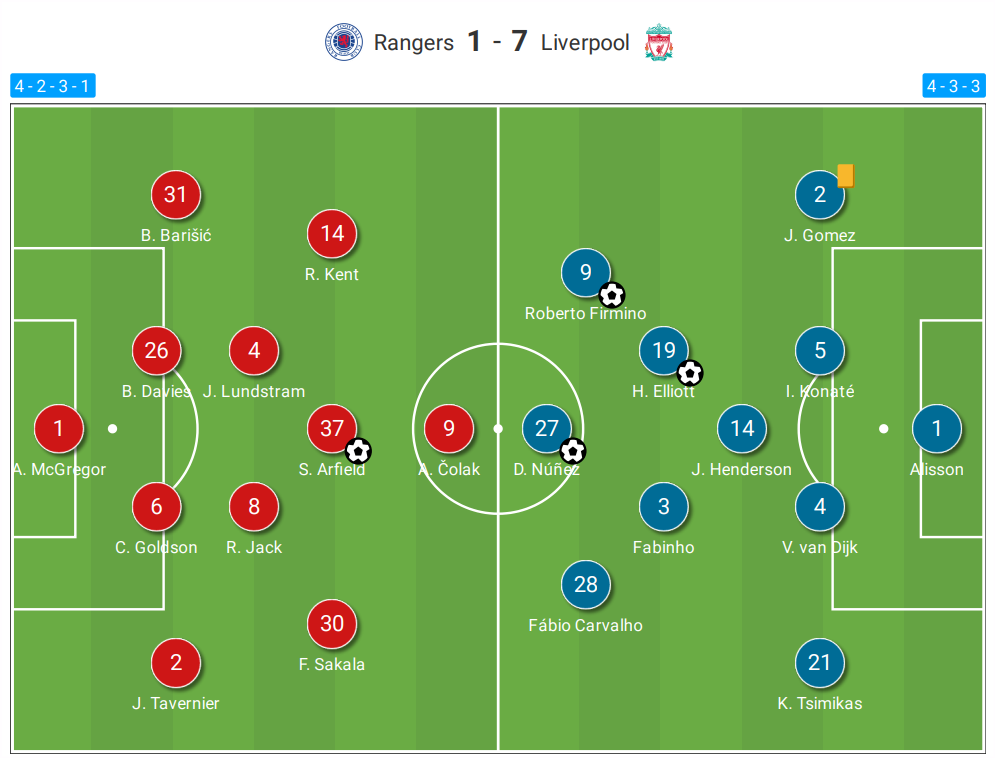