Liverpool will host Norwich City at Anfield in a matchday 26 Premier League fixture on Saturday. The home side come into the game on the back of a 2-0 away victory over Inter Milan in the first leg of their UEFA Champions League Round-of-16 tie on Wednesday, while Norwich City faced a humiliating 0-4 defeat against Manchester City last weekend.

Goals from Mohamed Salah and Bobby Firmino secured the win for Liverpool over Inter and helped them gain an advantage before the second leg at Anfield. Fabinho’s first-half strike helped Liverpool to a hard-fought 1-0 away victory over Burnley last Sunday in the Premier League, which saw them strengthen their hold on the second spot.

Alexander-Arnold has been the main threat creator for Liverpool as he has generated the highest overall xT so far. The young right-back has generated an xT of 8.732 from open play and has the vision to spot the right pass in the final third. Liverpool have been most threatening from the right flank, as seen in the above visual. Salah has provided most assists for the Reds so far, but Alexander-Arnold is not far behind the Egyptian, as he has a tally of seven assists as well. Both the Liverpool full-backs also have a high xT from corners as well as the crosses they attempt. 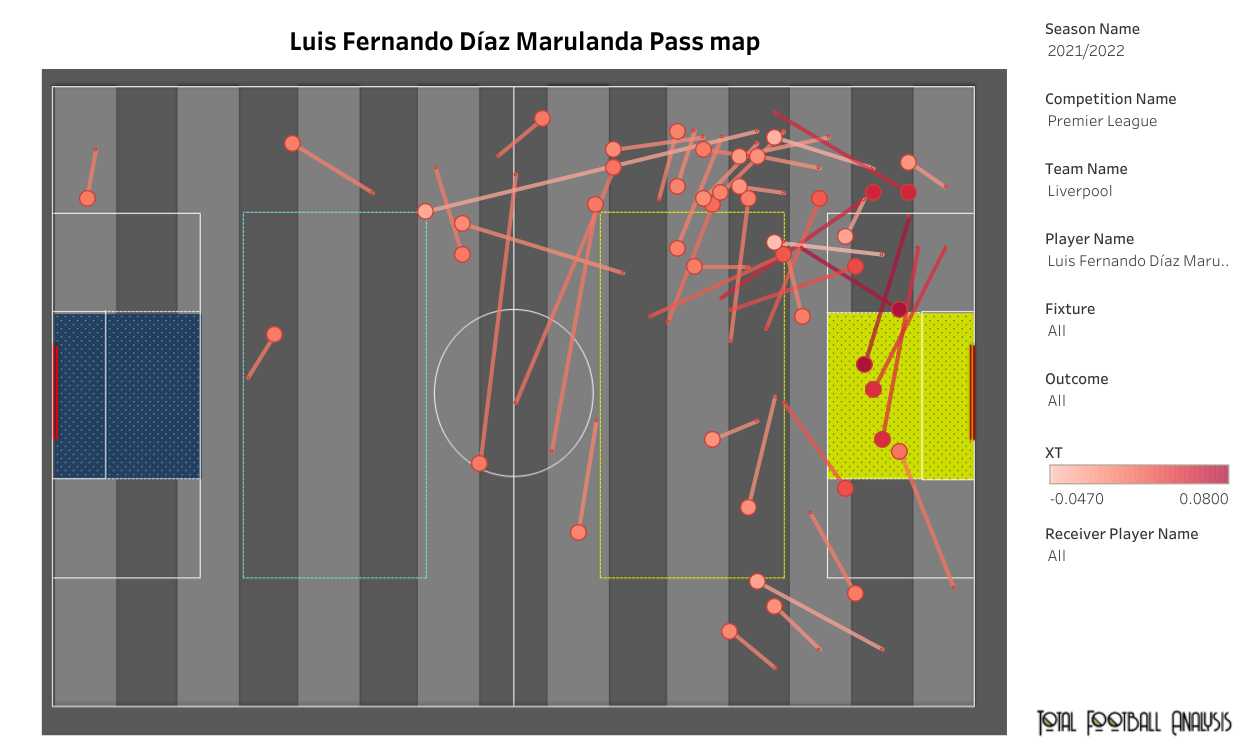 The above pass map indicates that Luis Diaz was highly effective in the final third on the left flank as he played several key passes into the penalty area, which generated a high xT. Liverpool will be without Diogo Jota for this match after the Portugal international was taken off at the halftime of the Champions League win over Inter Milan with a swollen ankle. Jota will be replaced by Diaz in the front three, as the Colombian has had a positive start to his career in a Liverpool jersey.

Raheem Sterling’s hat-trick sank Norwich City and ended their three-game unbeaten run. The defeat dropped the Canaries into the relegation zone. They are currently in 18th place in the table, four points from safety. Norwich have a tally of 17 points from 24 games and have only won four games this season in the Premier League. 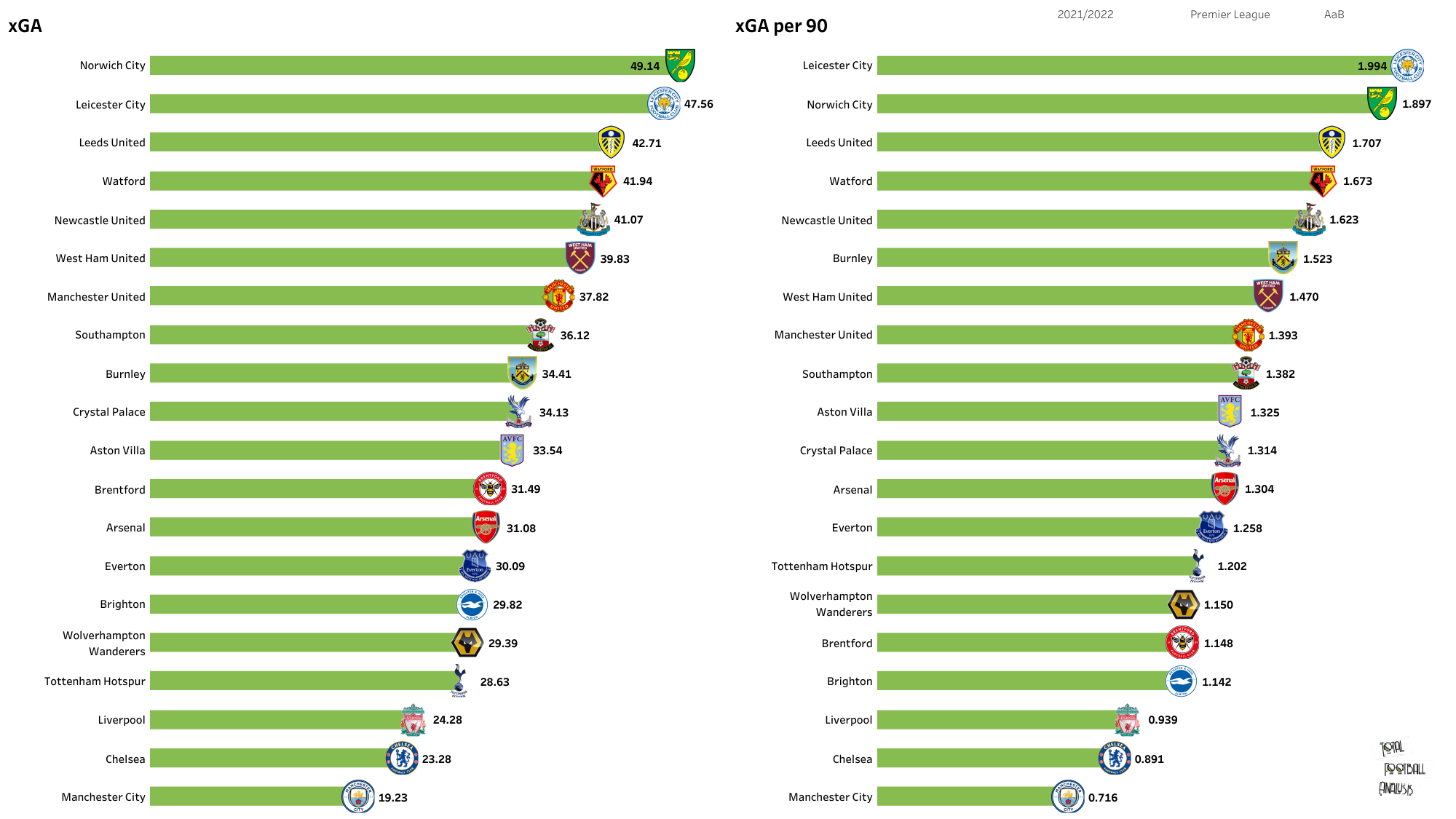 The Canaries have conceded the most goals so far and have been struggling defensively. The above visual shows us that Norwich have the higher xG generated against them so far in the league and have an xG of 1.897 against them per 90 minutes. Norwich’s defense will have to be at their best if they are to avoid a hammering from Liverpool on Saturday. The Reds have been in great goal-scoring form and will try to take advantage of this match-up against Premier League’s worst defense.

Liverpool are still within touching distance of Manchester City at the top of the Premier League table. They still have a game in hand and are yet to face them in the second half of the season. This indicates Liverpool still have a very good chance of going above City on the table. The Reds cannot afford to drop too many points and will be favorites to secure a victory against a struggling Norwich City.