Liverpool aim for back-to-back wins for the first time this season when they face Newcastle United in the English Premier League. The Reds recorded the joint-biggest victory in the league’s history and will be high on confidence going into this match. Newcastle United, on the other hand, are undefeated this season and have also earned a draw against defending champions Manchester City. This will be a test for Liverpool at home.

Liverpool have collected five points in four games. They drew their opening two fixtures, and that was followed by a loss against rivals, Manchester United. The 9-0 victory over Bournemouth takes their goal tally to 13 goals, with an average xG rate of 2.65. In return, their defence has conceded five goals with an xGA of 1.3.

Let us look at some of the stats that will show what could happen in this fixture. 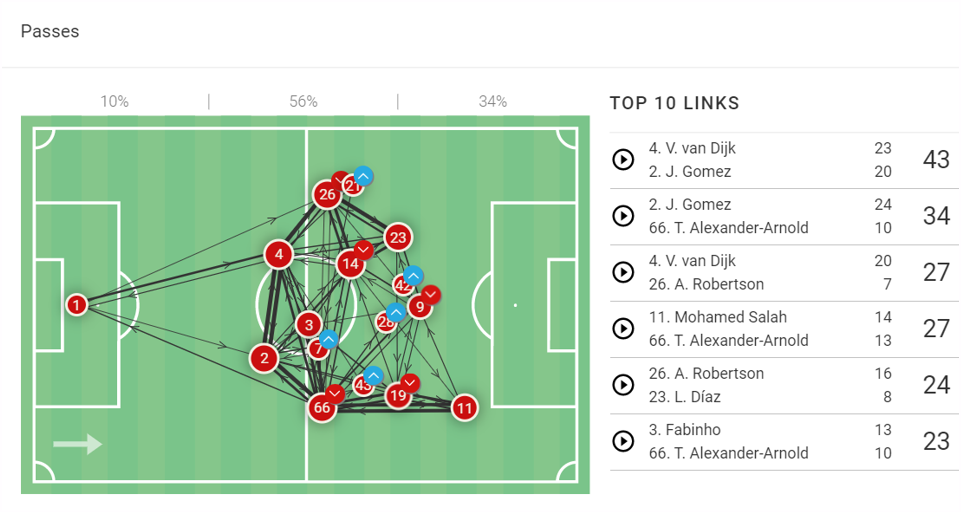 Liverpool will play an attacking style of football to beat this Newcastle United side. This season, the Reds average 45.5 positional attacks and attempt 13 shots on average from these attacks. Their shooting average is 17 shots per match, with a 38% accuracy rate. In the last match, Jurgen Klopp’s side made 46 positional attacks, of which 24 came from the right side. This is mainly due to the presence of Mohamed Salah and Trent Alexander-Arnold on that wing. The above viz shows the passing links and average position of Liverpool players in the last match. It can be observed that Mo Salah’s average position was ahead of Roberto Firmini, who played as the number nine. Harvey Elliott gives him support on the right, and that allows them to attack more from that particular side. Newcastle United have to stop these attacks if they want to take any points from Anfield. 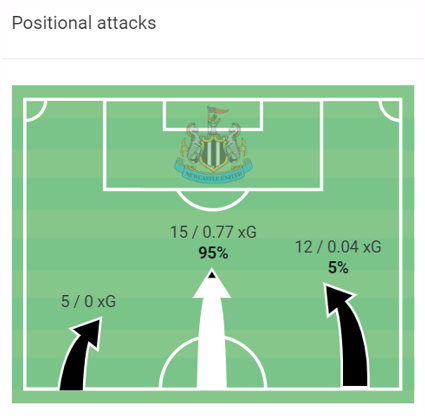 Newcastle United are not shy of attacking and will continue their fearless football. They average 32.2 positional attacks per match and attempt eight shots from these attacks. Their shooting average is 13.5 shots per game with a 35% accuracy rate. In the last match, they tried to attack from the centre and generated the highest xG rate from the centre. 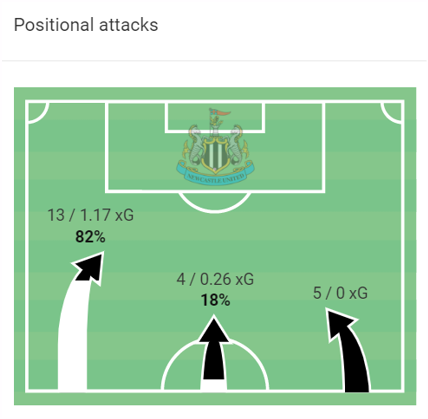 However, they might change their attacking style in this match. Against Manchester City, they targeted Kyle Walker, and most of the attacks came from the left side. This time, they could target Trent Alexander-Arnold, who has been targeted in some of the previous matches by the opposition. One of the concerns for Newcastle will be the injury issue of Allan Saint-Maximin. If the player is unavailable, then there might be a different attacking approach used by Eddie Howe. 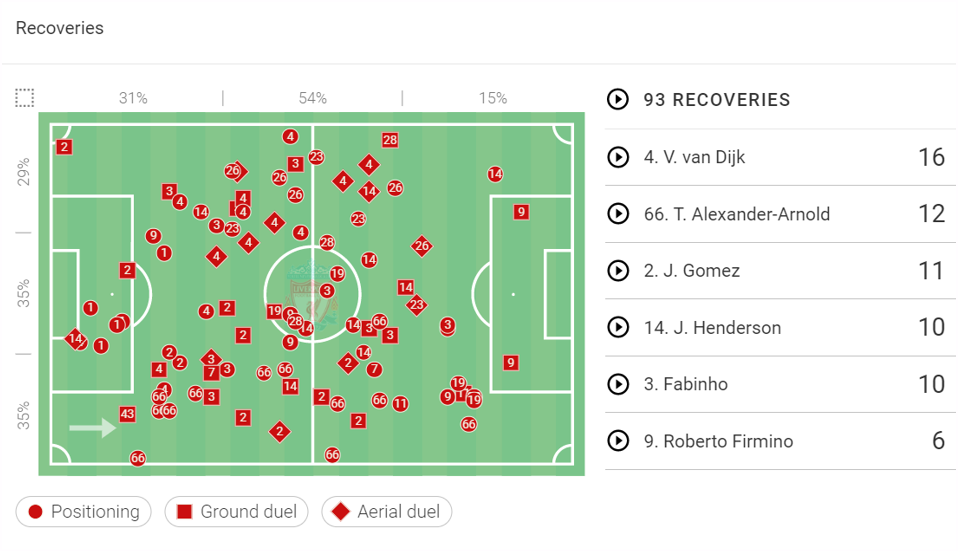 Both teams have made recoveries in dangerous areas in their previous matches. Liverpool average 105.5 recoveries this season. In the last match, they made 93 recoveries, with over 50% of them coming in the middle third and 15% coming in the final third. They will once again be on the attack and will look to make recoveries in these zones to stop Newcastle United’s counterattacks. 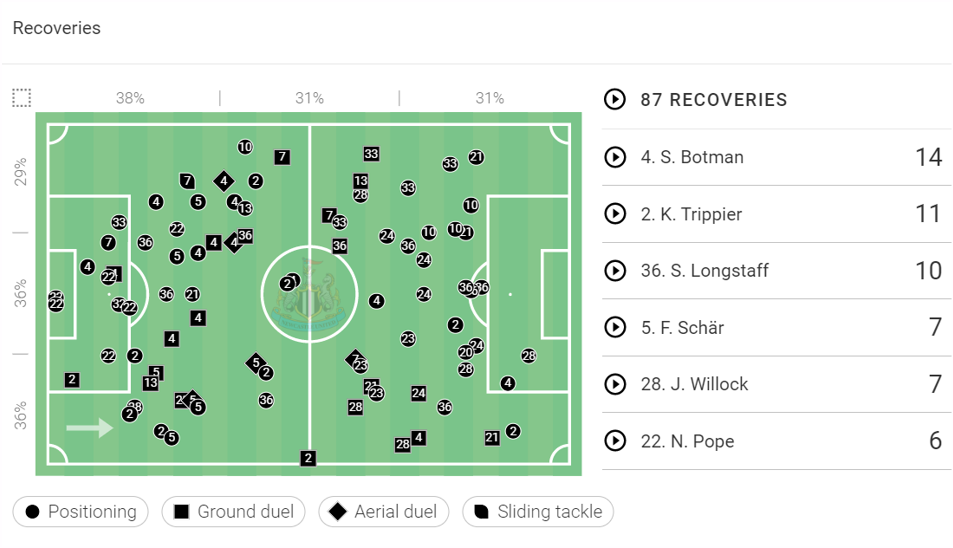 Jurgen Klopp is unlikely to make any changes to the team that won 9-0 in the last game. He is still short of options as some of his players are on the treatment table, and Darwin Núñez is still serving a suspension for his red card incident. There is positive news in the camp – Joel Matip and Curtis Jones have returned to training for the Reds.

Newcastle United have a few injury concerns as Bruno Guimarães is set to miss another game. Callum Wilson is also out with an injury. The biggest concern for the visitors is Allan Saint-Maximin’s situation. He is also a major doubt for this match.

Liverpool will look to continue their goalscoring run in this game. They have the home advantage, and it won’t be easy for Eddie Howe’s side to take any points away from Anfield. This is also a must-win game for Jurgen Klopp’s side after they collected two points in the first three games. However, Liverpool are the favourites to win this match.