Jurgen Klopp’s Liverpool take on a struggling Leicester City team at Anfield in the Premier League on Thursday. Ex-Liverpool boss, Brendan Rodgers, returns to Anfield to face a tough Liverpool side and will try to snatch all three points from the Reds. Liverpool secured a spot in the fifth round of the FA Cup by beating Cardiff City 3-1 at the weekend, while the Foxes were stunned by Nottingham Forest.

Liverpool are in second place in the league table at the moment and are nine points behind league-leaders Manchester City with a game in hand. The Merseyside giants are in impressive form and believe they still have a chance of challenging the reigning champions for their Premier League crown. Diogo Jota, Minamino, and Harvey Elliott were on the weekend scoresheet for the Reds as they completed a 3-1 victory over Cardiff City. 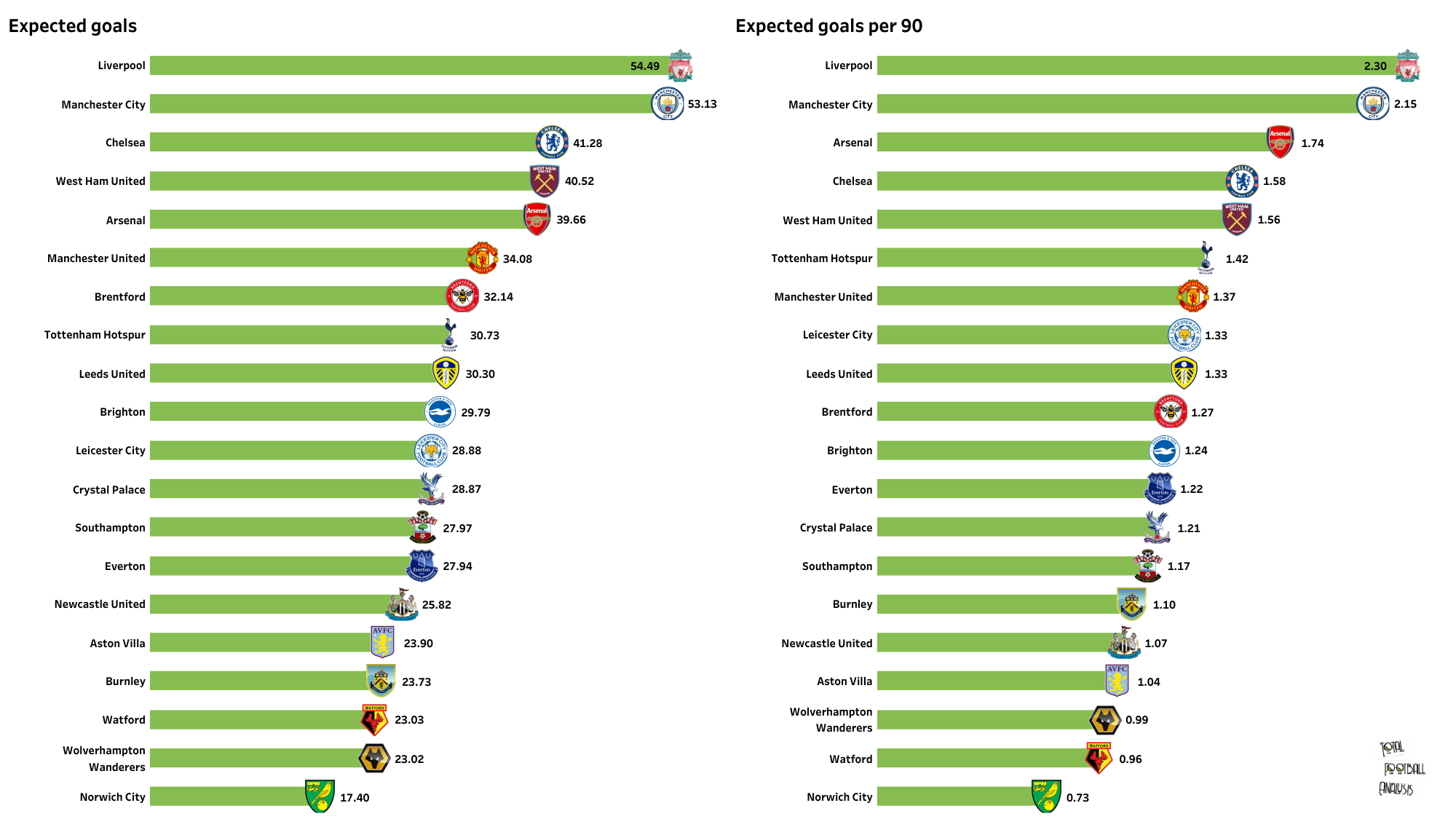 Liverpool have scored the most number of goals in the Premier League as the Reds have scored 58 goals in only 22 games. They have averaged 2.44 goals per 90 minutes with an xG of 2.30. They also have the highest xG in the league, with a total xG value of 54.59. Despite missing out on Salah and Mane due to the AFCON, Liverpool have still managed to score at least two goals in their last four games, which shows the kind of depth their squad has. 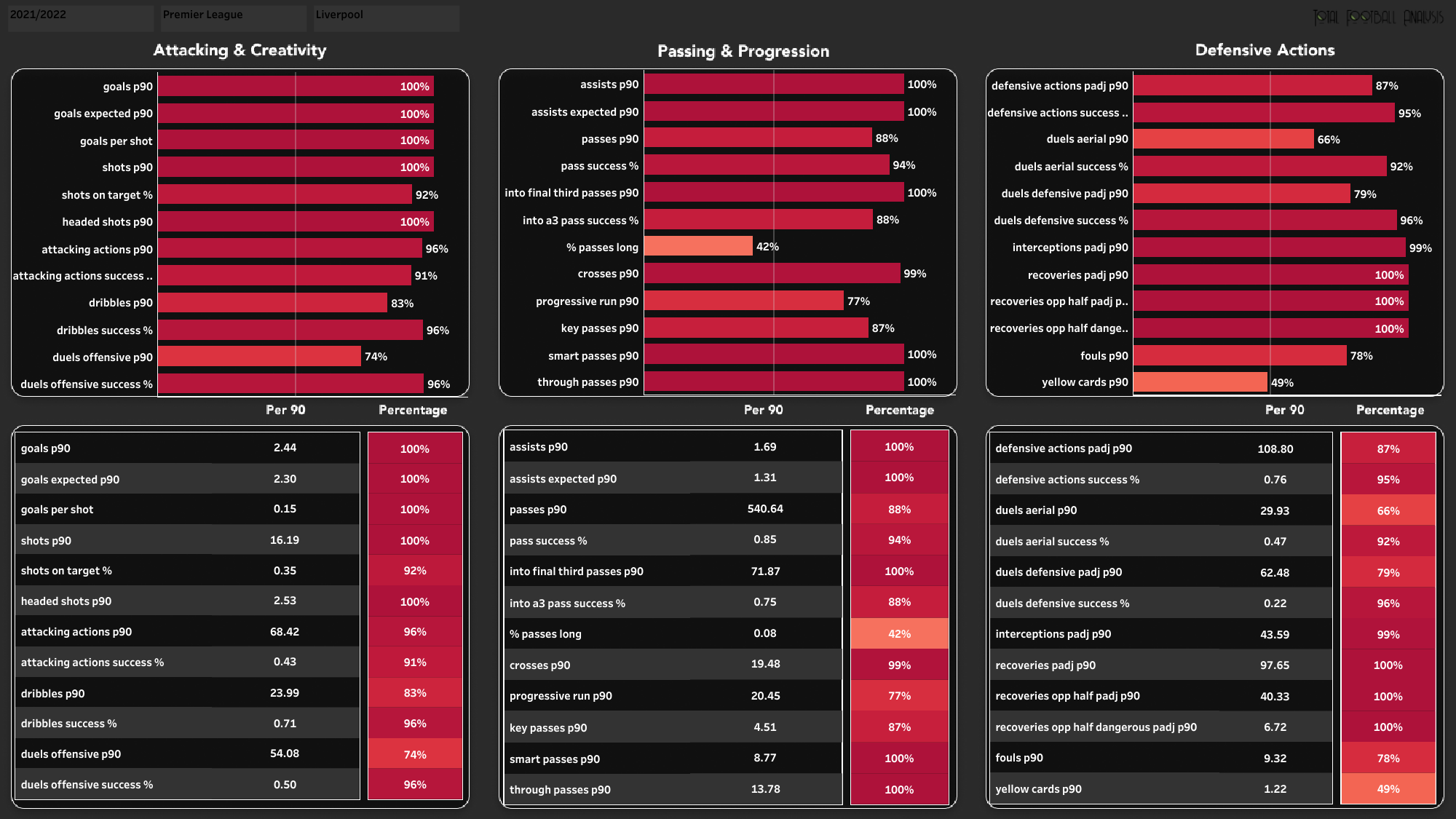 The above chart indicates that Liverpool have been one of the top teams when considering offensive as well as defensive stats. The attacking and creativity metrics indicate that Liverpool have also been the most efficient team in the final third as they are better than most of the teams in the league. They also have a high success rate with their defensive actions, winning 76% of all defensive actions they have attempted.

Leicester City are now in 10th place in the Premier League table, having had an underwhelming season thus far. The Foxes were knocked out of the FA Cup by local rivals Nottingham Forest over the weekend and will need to put that defeat behind them if they are to have a chance in this game. 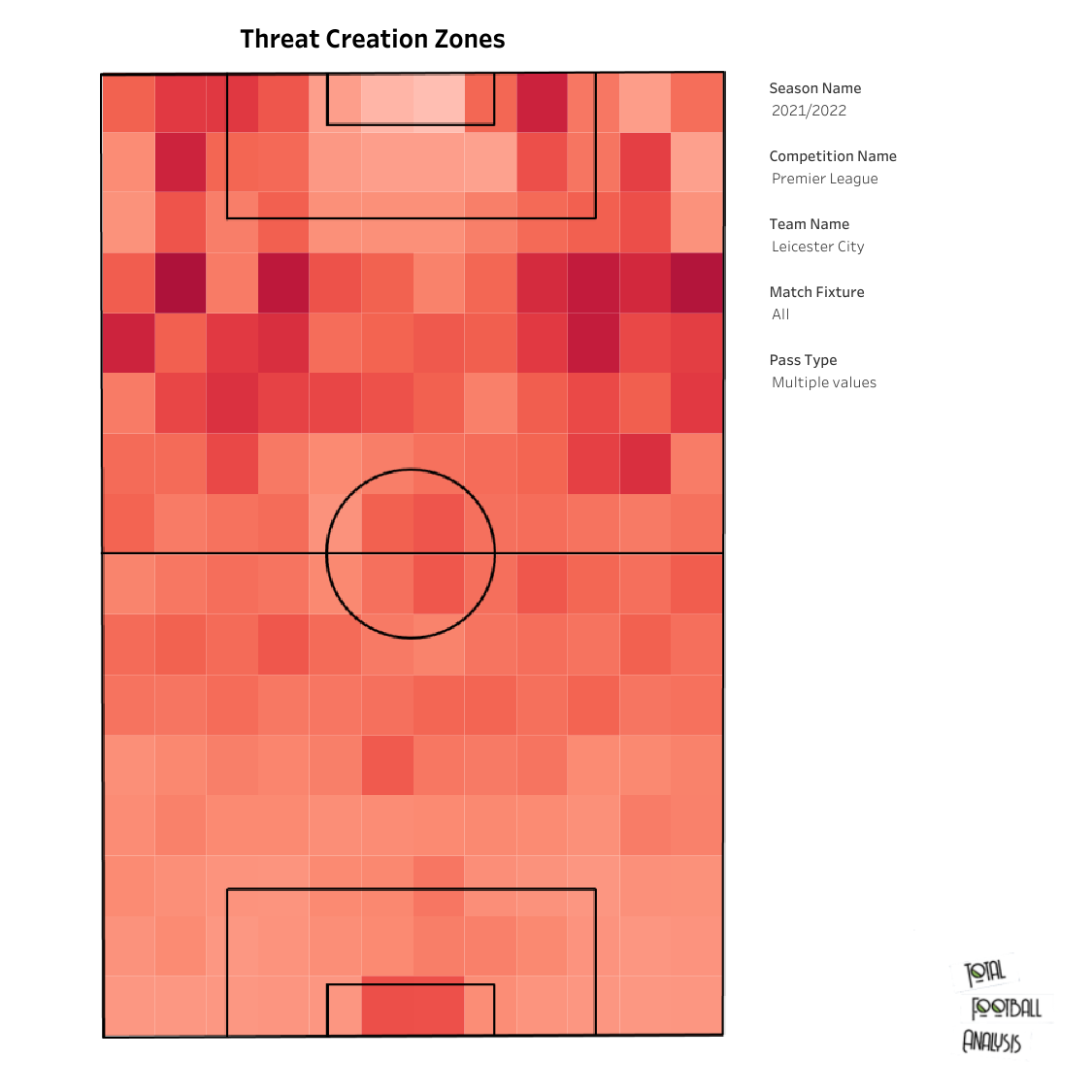 The above visual show us the xT creation zones for Leicester City so far in the season. The viz indicates that Leicester have created several chances in the final third and have been a threat from both flanks. The Foxes have scored 34 goals in 20 games, but their main concerns have been on the other end of the pitch. Leicester have conceded 37 goals so far and have been very poor defensively. The Foxes still have a chance to climb up the table as they have played 20 games and have a couple of games in hand to make a recovery.

Liverpool were defeated by Leicester City in the away fixture, thanks to the heroics of Ademola Lookman, who scored the only goal of the game to give Leicester all three points. But Liverpool have been unstoppable at home and are undefeated in their last 14 Premier League games at Anfield. Brendan Rodgers’ team is struggling defensively and will have to be at their best against one of the most lethal teams in the Premier League. Liverpool will be looking to maintain pressure on Manchester City by winning every game in the league.