The Premier League is back with midweek fixtures as Liverpool take on Arsenal at the Emirates Stadium on Wednesday evening. Both teams won 2-0 at the weekend, with the Gunners defeating Leicester City and Jurgen Klopp’s side defeating Brighton & Hove Albion.

Liverpool are currently in the second position in the Premier League table and are expected to give defending champions, Manchester City, a fight for their money this season. The Merseyside giants won 2-0 over Brighton & Hove Albion over the weekend and will be confident going into this fixture. The win over Brighton was their eighth in a row in the Premier League and their third clean sheet in a row. They have also won each of their previous five away games in all competitions. 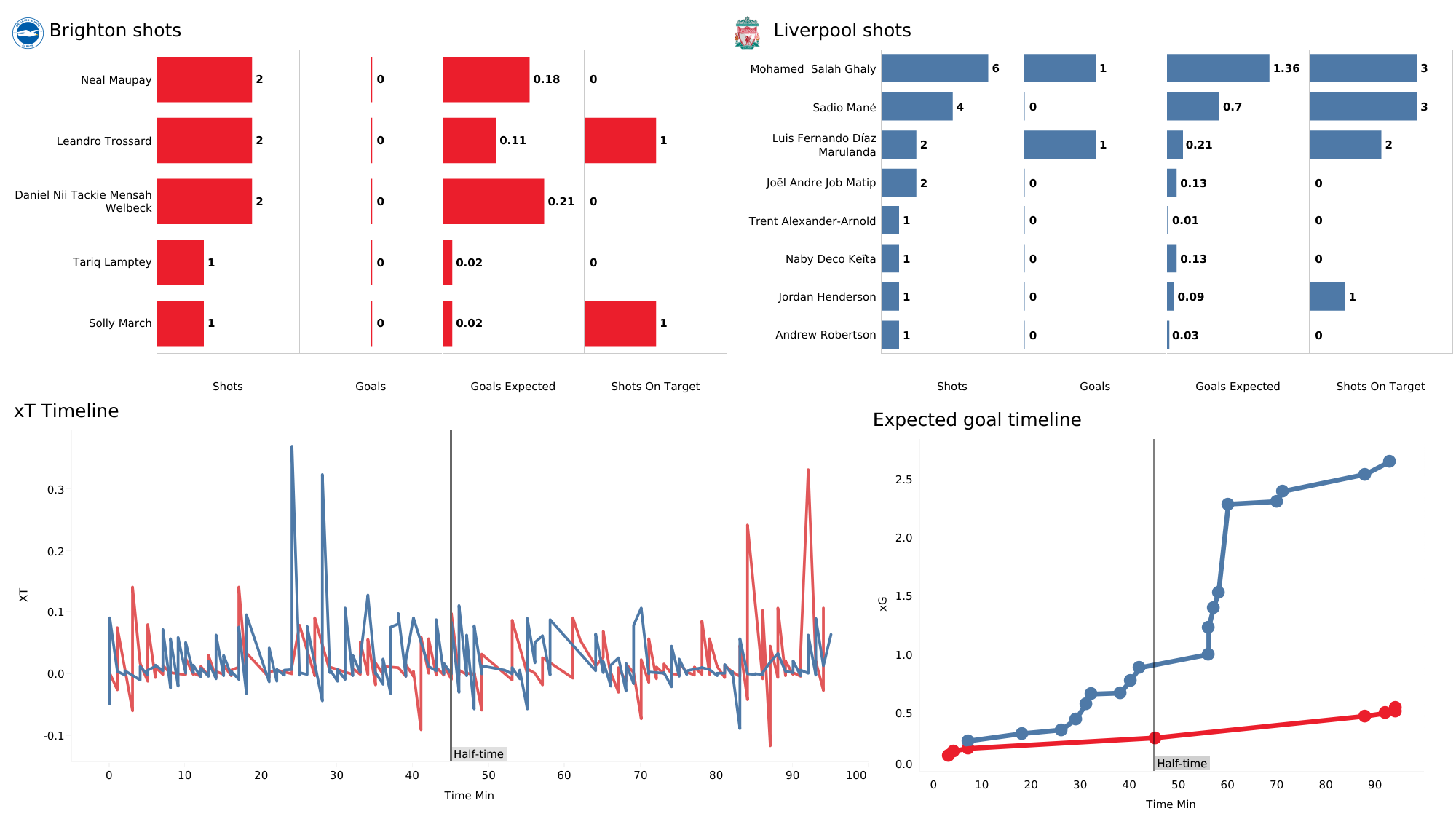 The above visual shows us the attacking metrics like xT and xG from Liverpool’s last Premier League game against Brighton. The xT and xG timelines indicate Liverpool dominated the game and created better chances since the start. They only allowed Brighton to have three shots on their goal. Mohamed Salah attempted six shots on goal and had three shots on target. However, the Egyptian was taken off against Brighton with a minor foot issue. If Salah is not fit enough to play against Arsenal on Wednesday, Diogo Jota will fill in for the forward. 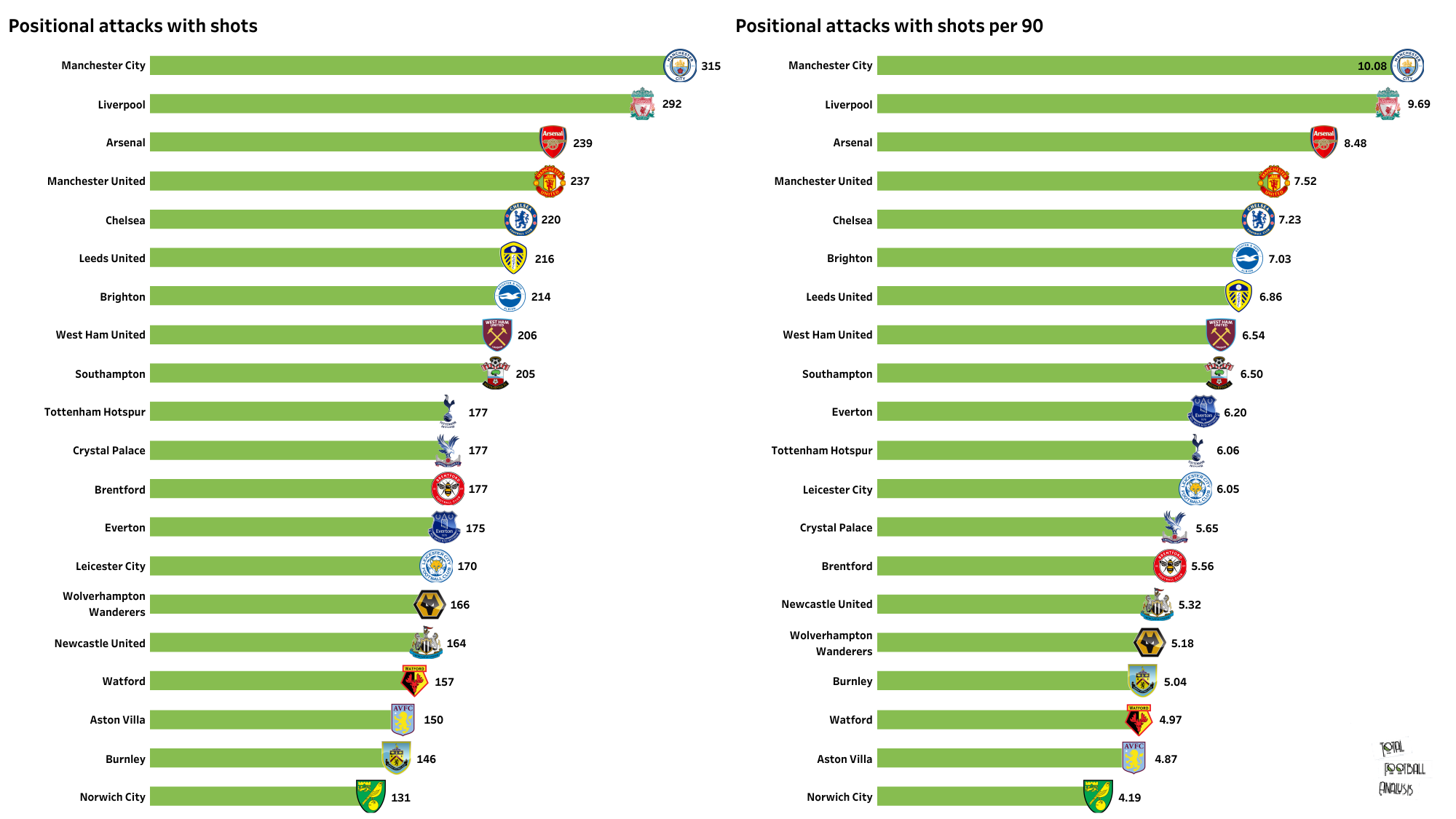 Liverpool have attempted a total of 292 shots from positional attacks. Arsenal are not that far behind, and they have attempted 239 shots on goal from positional attacks. This indicates that both teams love to keep the ball and build their way to the goal. Arsenal will not have as much freedom as they usually do as Liverpool are a very high pressing team.

Arsenal, on the other hand, are now fourth in the league table and have performed well in the recent months to reach the top four. The Gunners defeated Leicester City 2-0 in their previous match, and they will have to fight hard to repeat the feat in this match. After a remarkable turnaround from their terrible August, Arteta has now overseen a superb run of five straight Premier League victories, with Arsenal scoring at least two goals in each of their previous four in the top flight.

Arsenal have scored 43 goals so far in the league and have an xG of 50.41 so far. Their accumulated xG is the third highest in the league, and the Gunners also rank highly for the number of successful dribbles they have per 90 minutes. They have attempted 683 dribbles and have a success rate of 72.8%.

Liverpool will face a tough fight against Arsenal as the Gunners are in great form recently and have won five consecutive games in the league. They are in pursuit of a fixed spot in the top four and have three games in hand to secure that spot. Manchester City dropped points against Crystal Palace on Monday night, which gives Liverpool the perfect chance to move within one point of the league leaders.