Last season’s UEFA Champions League runners-up Liverpool will travel to Italy to kickstart their campaign against Napoli. The Reds lost the final to Real Madrid last season and will look to add another European trophy to their trophy cabinet. They face a Napoli side who are also hunting for titles and are becoming one of the best teams in Italy.

Napoli have made an unbeaten start to the season, with three wins and two draws. They have scored 12 goals with an average xG rate of 2.38 and conceded four goals. Napoli enter this match after a 2-1 victory over Lazio.

Liverpool have had a disappointing start to the season. The Reds have won two matches, drawn three and lost one. Jurgen Klopp’s men have scored 15 goals with an average xG rate of 2.53. Their defence has conceded six goals, and that is the biggest concern for the manager. Liverpool played a goalless draw against Everton and have now dropped nine points this season.

We will have a look at some of the stats that could predict the outcome of the match. 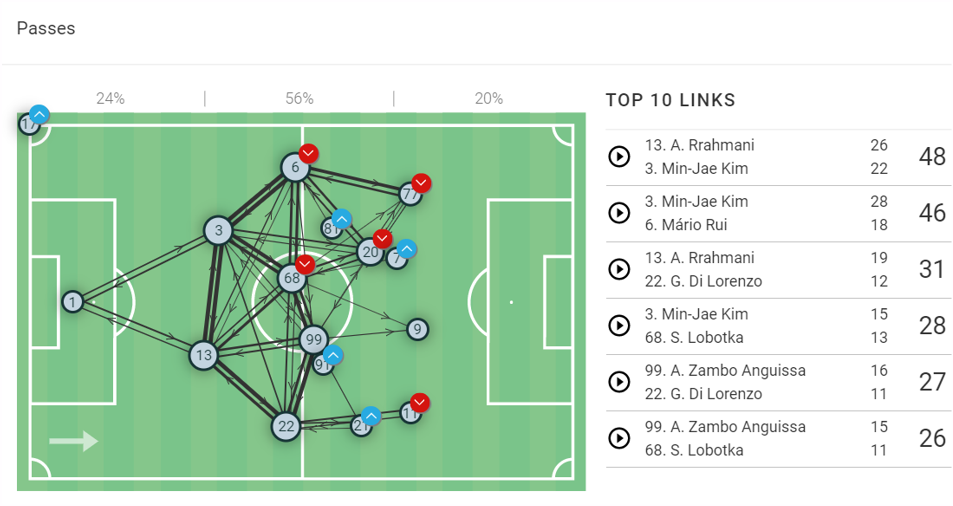 Napoli like to start the match in a 4-2-3-1 formation and have dominated possession in every game. The above viz shows the passing links and the average position of the players from the last match. It shows that the midfield two play alongside each other. They allow the attacking midfielder to join the attack. The wingers stay wide and create chances along with the full-backs. 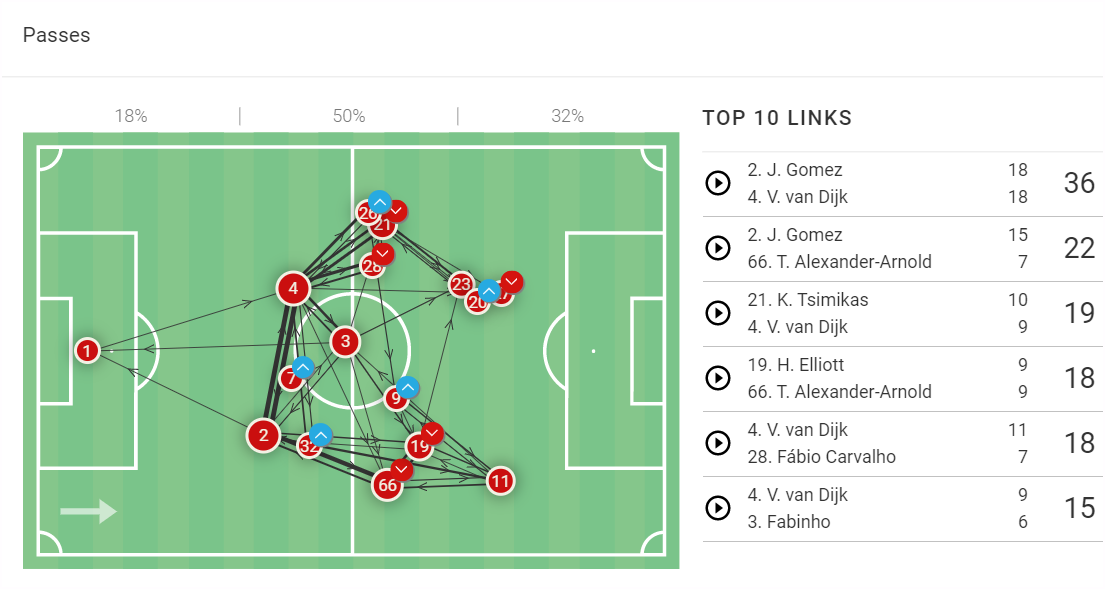 Liverpool play in a 4-3-3 formation under Jurgen Klopp. Fabinho plays the defensive midfielder role, and the other two midfielders support the attack on the left and right side, respectively. The Reds have very attacking full-backs, and their average position remains inside the opposition’s half. The attacking channels are created on the flanks. 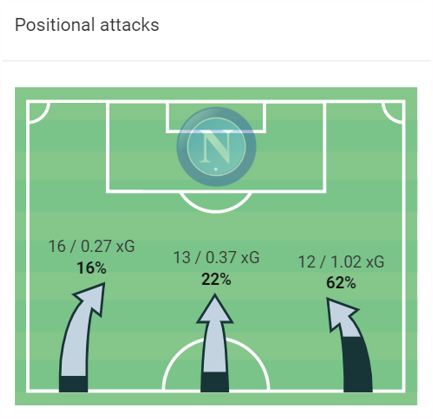 Napoli have been an attacking side since the last few years. This season, they have averaged 35.4 positional attacks per game, with 11 shot attempts. Most of the attacks are created from the flanks. Napoli’s shot average is 18.6 shots per match with an accuracy rate of 31.2%. Liverpool’s full-backs have to play their A-game to stop these attacks. 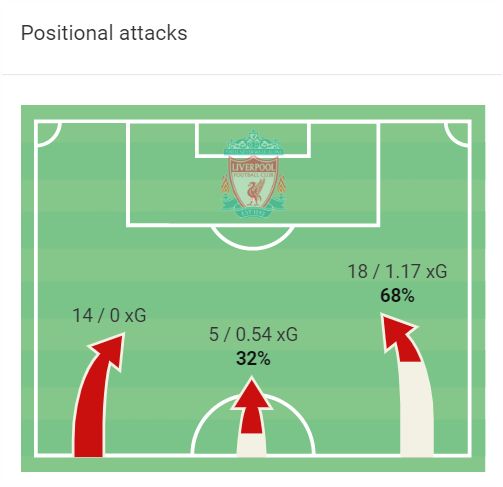 Liverpool have performed better than the Italian team and average 44.33 attacks per match. They average 11 shots from these attacks per game. The overall shot average for the Reds is 17.67 per match with an accuracy rate of 36.8%. Liverpool are also a danger from the flanks, with Luis Diaz and Mo Salah being the main creative forces. Both teams create chances from the wings.

The home team will be without Hirving Lozano, who got injured against Lazio last weekend. Victor Osimhen also missed the training but is likely to lead the line in this match. There are no fresh injury concerns in Napoli’s camp.

Jurgen Klopp is short of midfield options. Fabio Carvalho’s injury in the last match leaves him out alongside Curtis Jones. Jordan Henderson, Thiago, Naby Keita, and Oxlade-Chamberlain are already out of contention for this match. This means that either James Milner will come into the midfield or Arthur Melo will make his debut for Liverpool.

Liverpool will look to get back on track and secure a win in their opening fixture of the UEFA Champions League 2022/23 campaign. The runners-up from last season are yet to find consistency this season, and a win in this match can give them confidence for the coming matches. Napoli won’t be an easy team to beat, and this could turn out to be a very interesting match.