Liverpool suffered their third defeat of the season after going down 1-0 against Nottingham Forest in the English Premier League. Taiwo Awoniyi scored the only goal of the match in the 55th minute to hand his side their second victory of the season. Jurgen Klopp’s men have only won two of their last five matches and collected just a single point in the other three.

How many counterattacks were created by Nottingham Forest? What were the recovery zones for Liverpool? 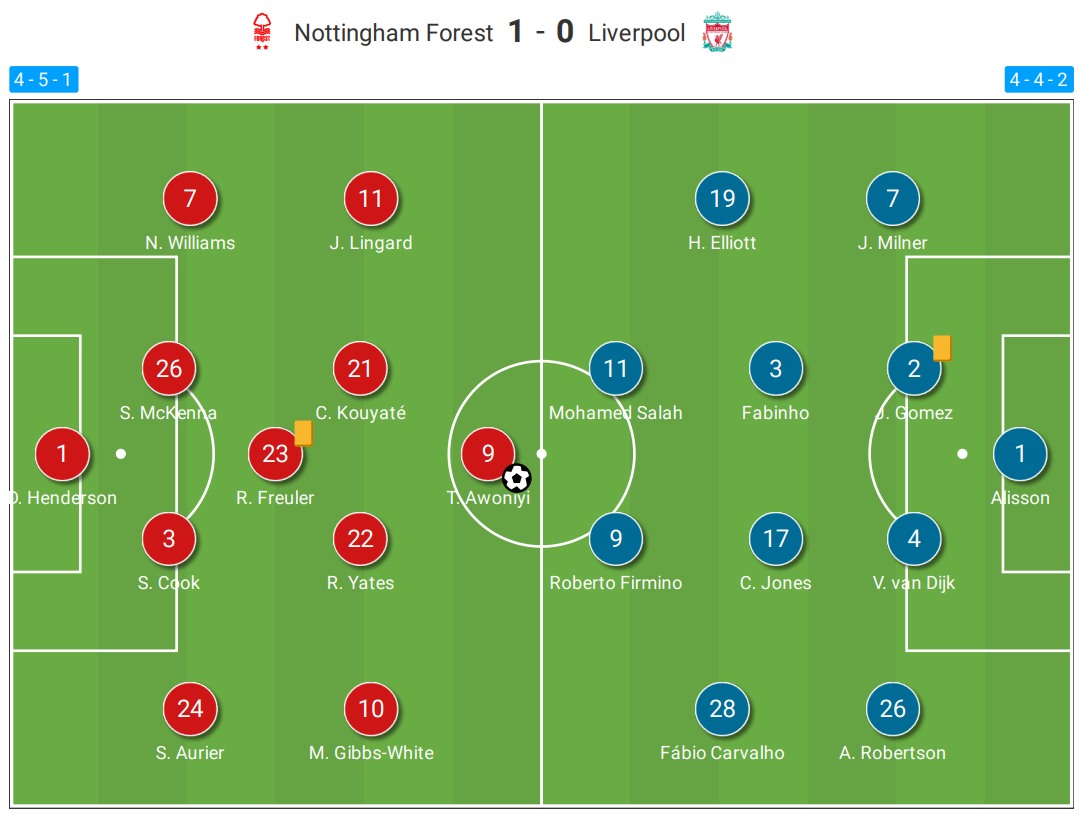