Darwin Nunez scored his first goal at Anfield to hand Liverpool a 1-0 victory over West Ham United in the English Premier League. The Reds won back-to-back matches and have moved up in the league table. Jarrod Bowen missed a penalty for the Hammers at the end of the first half and they suffered their sixth loss of the season.

What were the recovery zones for Liverpool? Which West Ham United player won the most defensive duels? 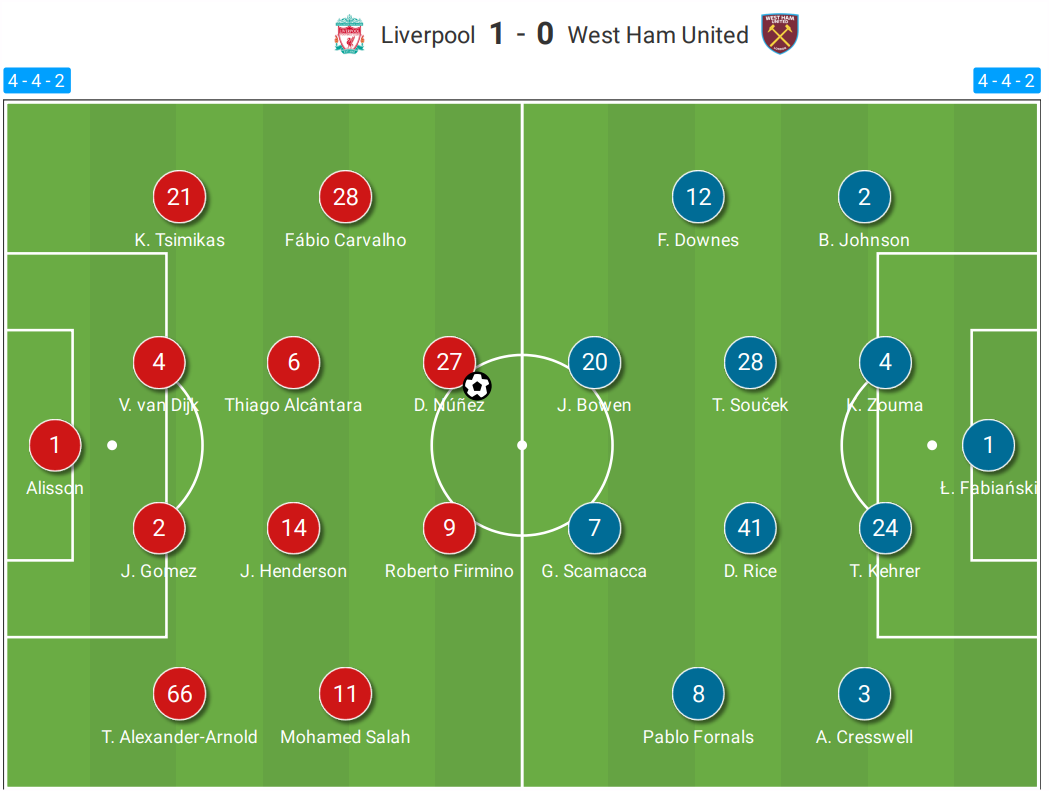