On Tuesday the 17th of May 2022, Southampton welcome Liverpool to the St. Mary’s Stadium in what is a crucial game in hand for the visitors in the Premier League. The Reds are coming off a 6-5 penalty shootout victory in the FA Cup Final against Chelsea, thus keeping their quadruple hopes well and truly alive. The last time these two teams met, Liverpool won 4-0, with goals from Virgil van Dijk, Thiago Alcantara, and a Diogo Jota brace. The Saints lost their previous game 0-3 away at Brentford. 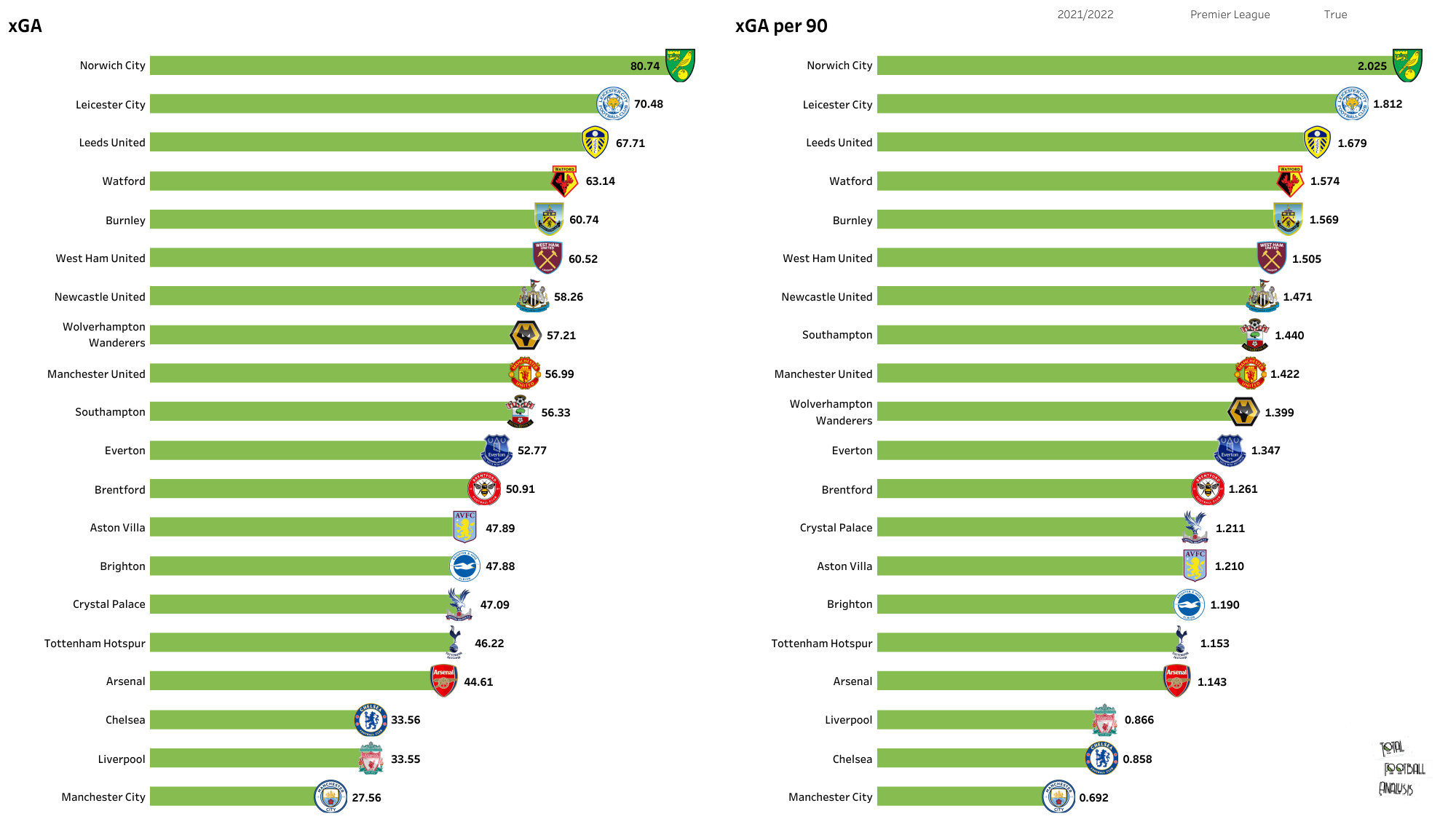 Southampton head into this match having lost 0-3 away at Brentford. This result leaves the Saints with 14 losses in this Premier League season, having won nine and drawn 13. Their goal difference stands at -20, which is significantly worse than the expected goal difference of -9. The Saints have an xGA of 56, but in reality, Ralph Hasenhuttl’s team have conceded 61 goals, an underperformance of five goals. 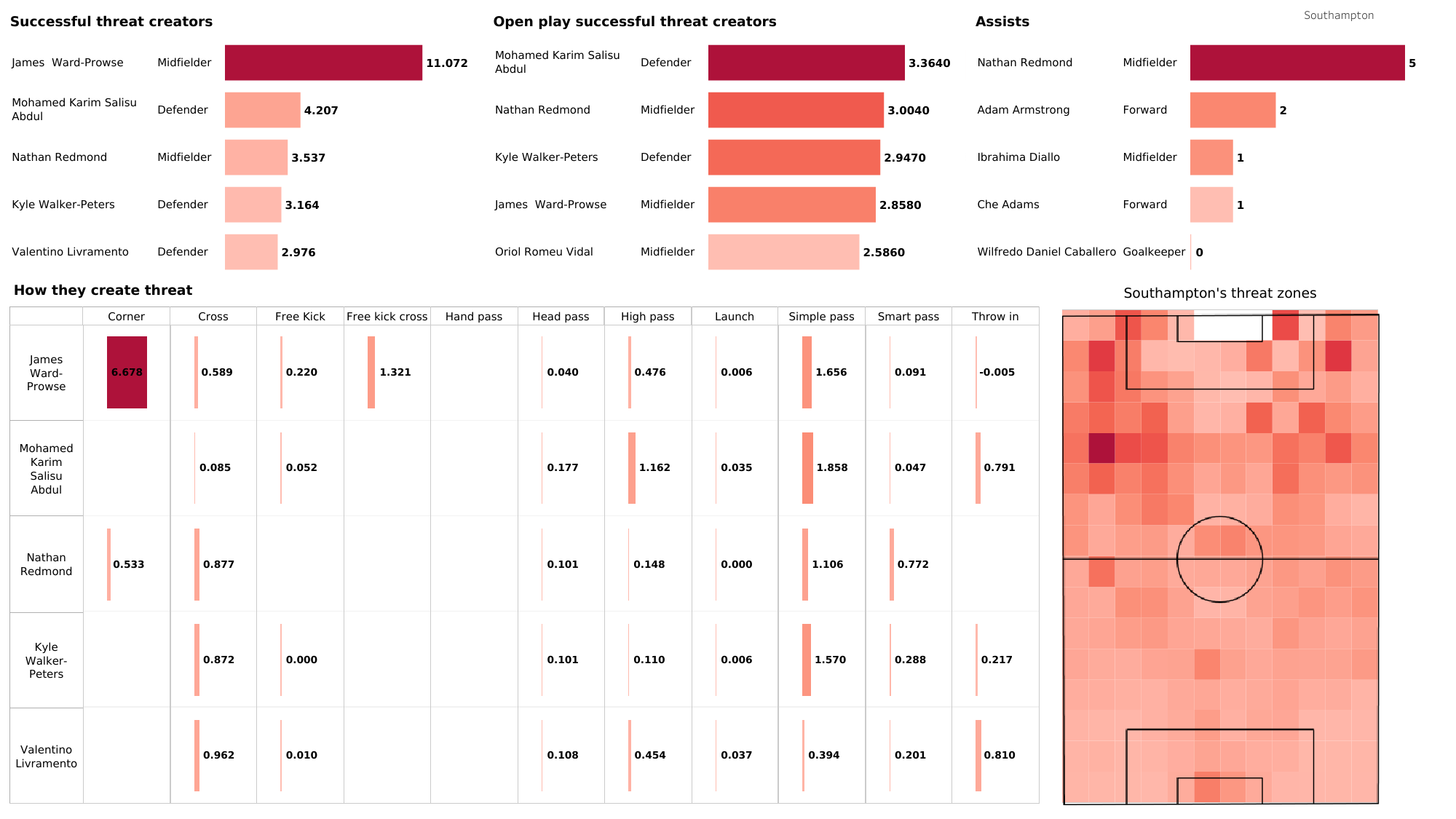 James Ward-Prowse is Southampton’s most successful threat creator in the Premier League this season, but since he is a set-piece specialist, most of his threats have come from corners and free-kicks. It is not surprising to see him as the team’s joint leader in assists provided, along with Nathan Redmond, with five to his name. From open play, however, it is defender Mohamed Salisu who has produced the most threat. 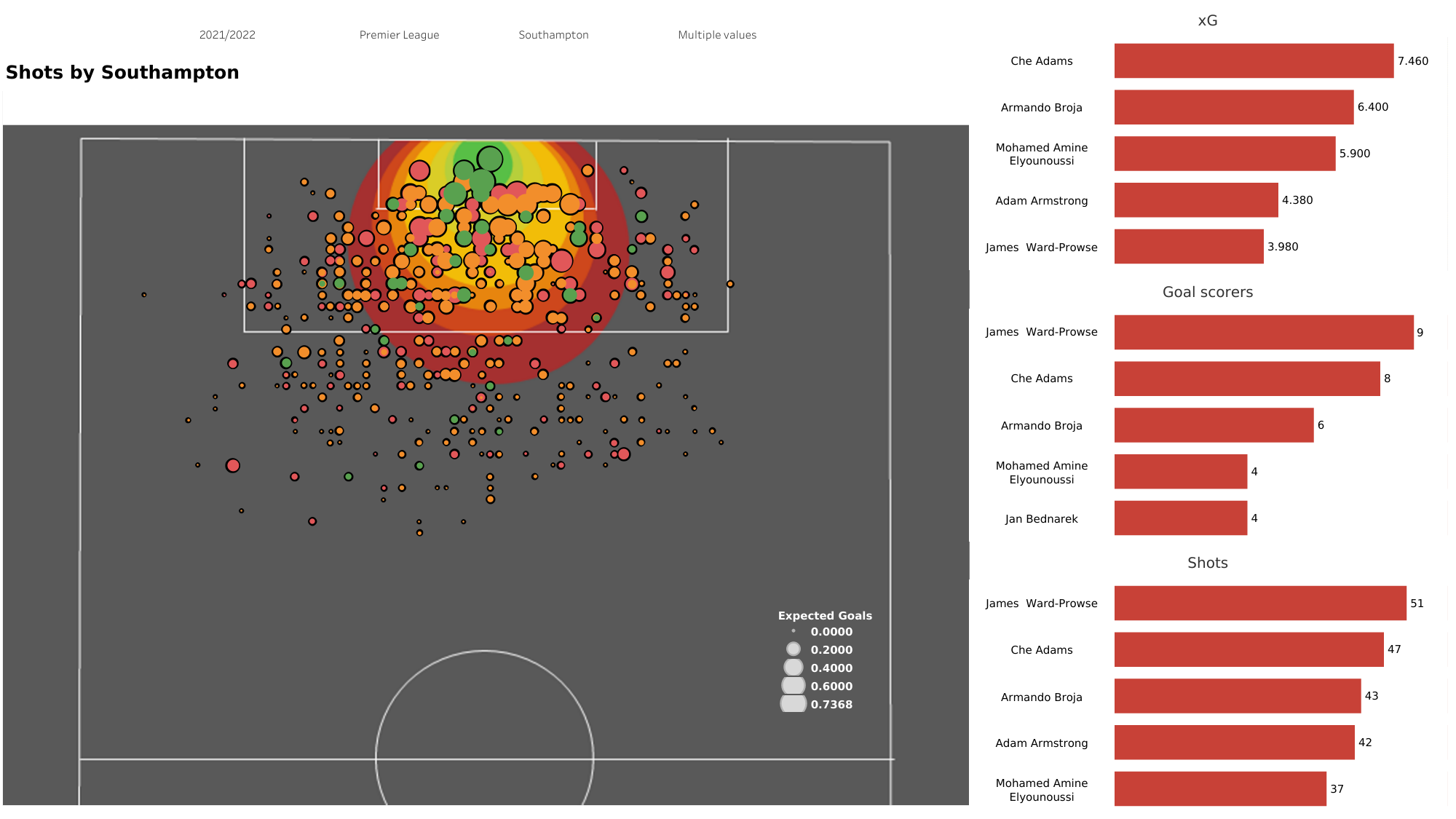 Seen in the above visual is Southampton’s shot map in this Premier League campaign, excluding the penalties. Their attack has also underperformed on their xG, as shown by the several fairly big orange and red circles. The Saints’ top goalscorer is James Ward-Prowse, with nine to his name, followed by the Scotsman Che Adams, who has eight. Overall, Southampton have taken 473 shots and netted 39 goals (excluding own goals scored by opponents), giving them a conversion rate of 12.13 shots per goal scored. 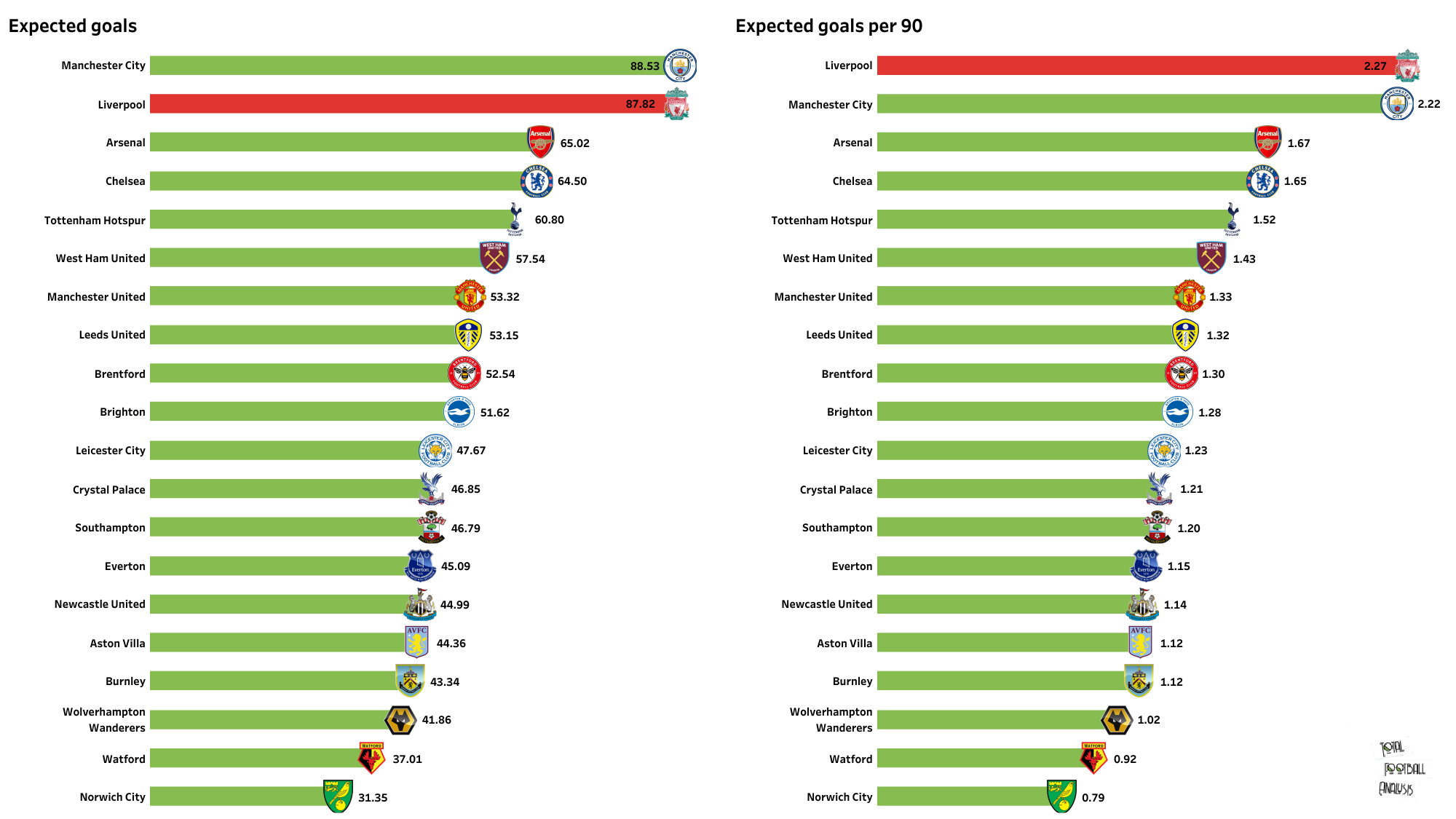 Liverpool come into this game after winning 6-5 in the penalty shootout against Chelsea in the 150th FA Cup Final after a goalless 120 minutes. The Reds’ previous league game was a 2-1 away win at Villa Park against Aston Villa. With two games left in the season, including this one, Liverpool’s record reads as follows: 26 wins, eight draws and just two losses, with a goal difference of +65. The Reds have the highest xG per 90 of any team in the league, with 2.27 to their name.

Shown above are Liverpool’s defensive performances in the Premier League this season relative to the rest of the league. The Reds have made the most ball recoveries, with 3106 to their name. They have also recovered the ball in the opposition’s half the most, with 1270 to their name. Liverpool are also winning 21.8% of their defensive duels and 48.1% of their aerial duels this campaign.

Only a win for Liverpool in this game will keep the title race going into the final matchday. A draw will make it more difficult for Jurgen Klopp’s team to surpass City. A Southampton win, on the other hand, will end the title race and hand over the crown to Manchester City.