Liverpool host their Merseyside rivals, Everton, on Sunday in the Premier League as the Reds look to maintain their red hot form. The Reds demolished Manchester United 4-0 in their previous league game, while Everton secured a draw against Leicester City.

Liverpool have been exceptional in recent weeks and will look to prove their mettle in the Merseyside derby. Liverpool are in second place in the league table at the moment and have been outstanding since the turn of the year. The Merseyside giants eased past Manchester United by a 4-0 margin this week and will be confident ahead of this match. Mohamed Salah, Sadio Mane, and Luis Diaz all scored and assisted one another in a 4-0 romping for the Reds. Liverpool could enter the derby four points behind Manchester City if the reigning champions are able to see off Watford on Saturday. 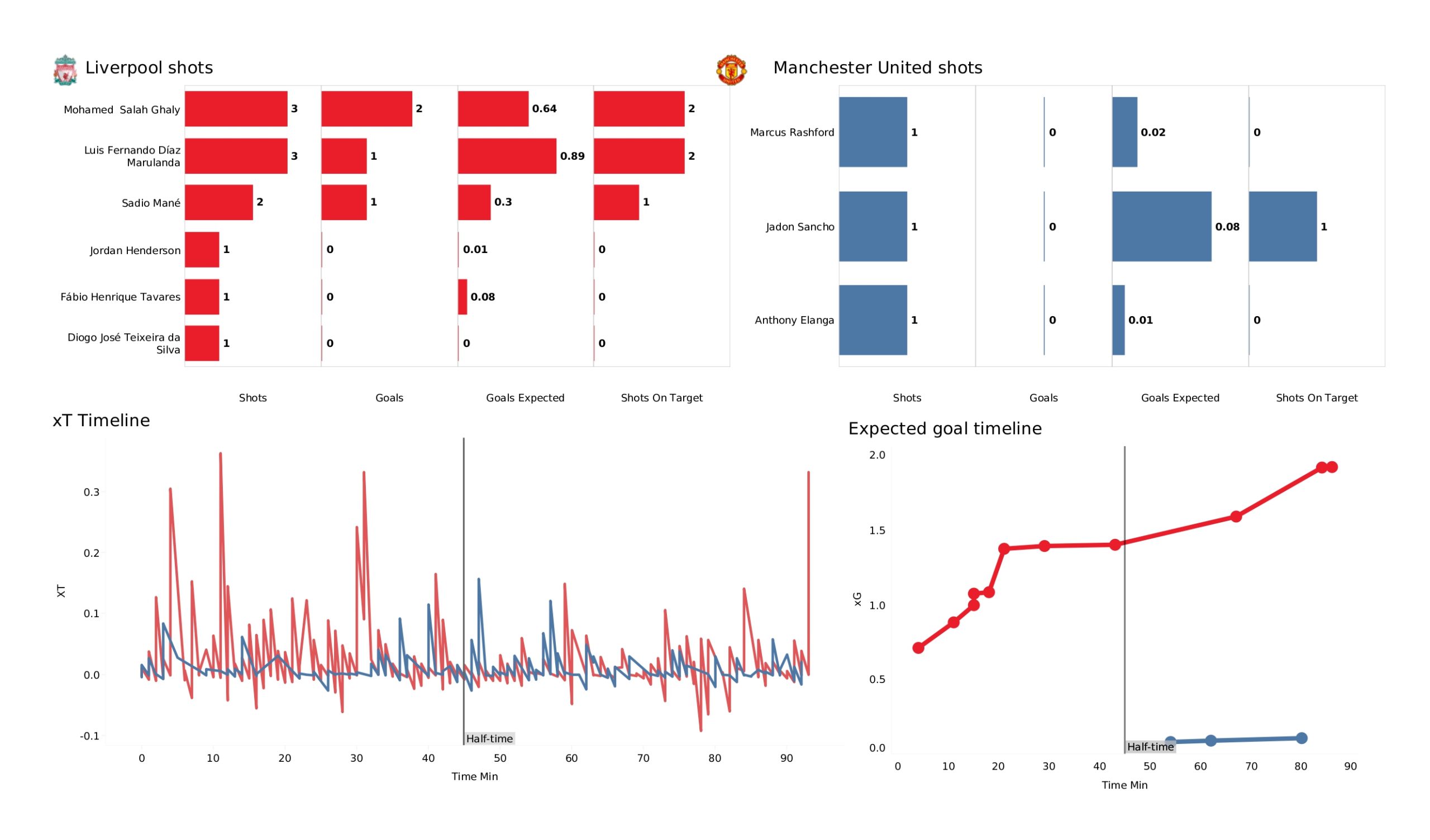 The xT and xG timelines indicate that Liverpool completely dominated the game against Manchester United. United struggled to create any attacks against Liverpool’s defence and did not have a single shot on goal in the first half. Liverpool, on the other hand, were at their best from the start of the game and scored early goals to gain complete control of the game. 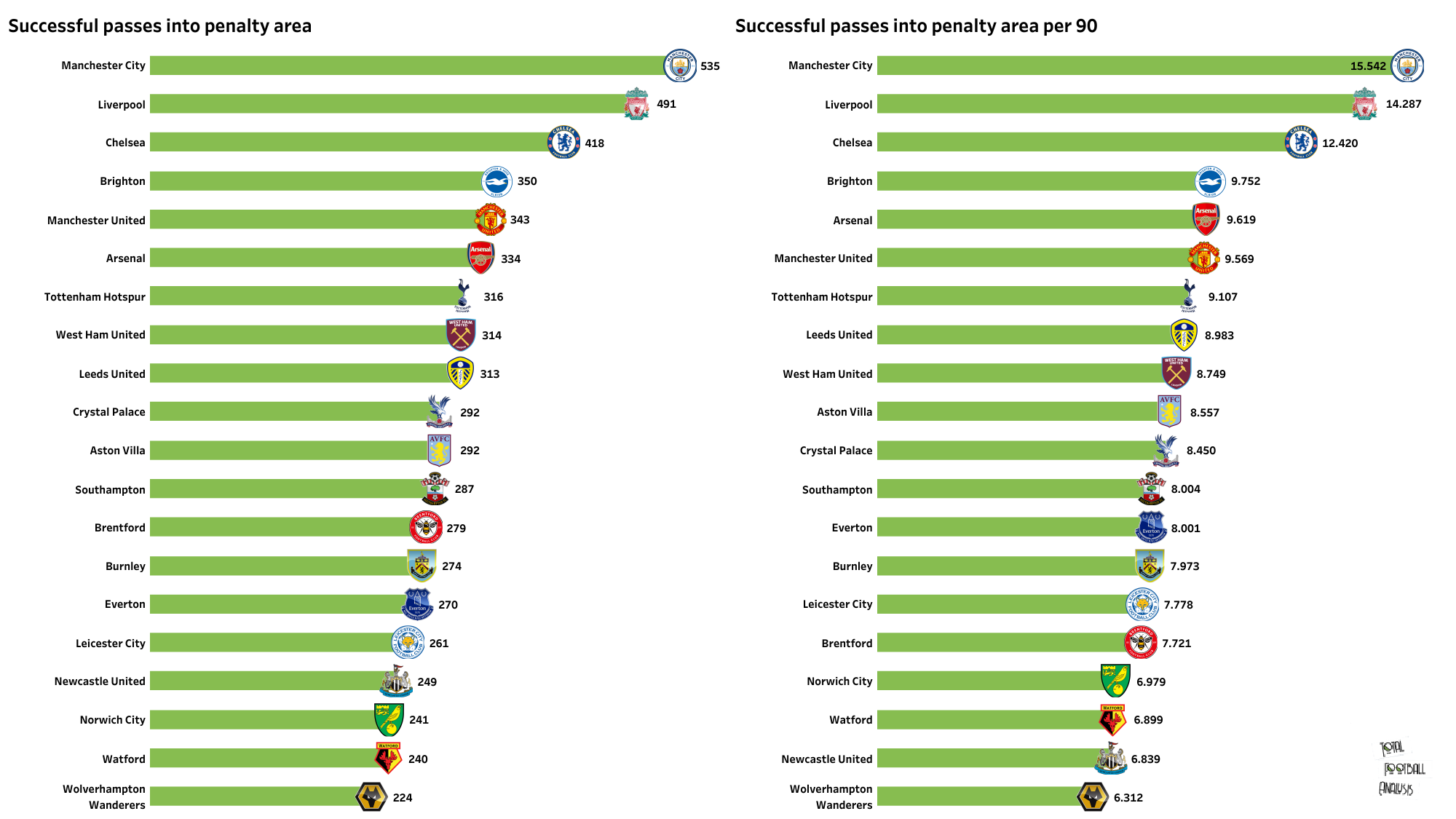 Everton, on the other hand, are currently in 17th place in the Premier League standings and have struggled to impose themselves so far this season. The Toffees held Leicester City to a commendable 1-1 draw in their previous game and will need to take it up a notch in this fixture. Harvey Barnes’ goal gave Leicester the lead just five minutes after kickoff at Goodison Park, but Richarlison’s equaliser in the second minute of second-half injury time helped Everton secure a point, which might turn out to be a crucial one towards the end of the season. 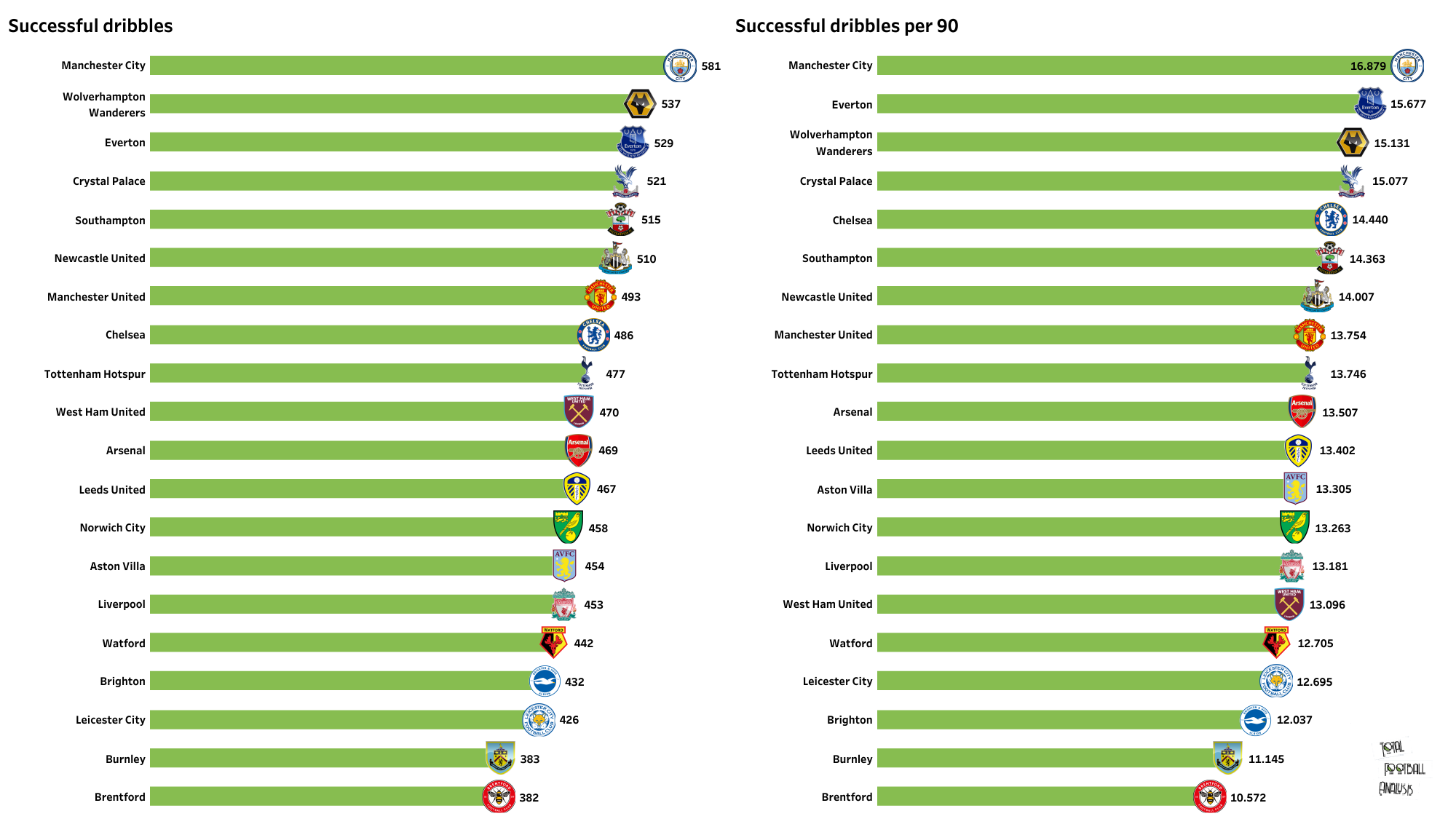 Everton have made the third-highest successful dribbles in the league. They have completed 15.677 dribbles per 90 minutes and have been able to get into great position inside the penalty area.

Liverpool have been unbeatable at home and have won 11 straight games at Anfield, whereas Everton have had the worst away record in the Premier League this season. The Reds are expected to come out on top from this fixture and will be looking to close down the gap with Manchester City.