When Liverpool signed Ibrahima Konate from RB Leipzig in the summer of 2021, many thought that Jurgen Klopp took too much of a gamble as the defender spent much of the last two seasons in East Germany on the treatment tables, missing 45 games in the process. And the last thing Liverpool needed following last season’s third place finish was an injury-prone player. However, the risky transfer seems to have paid off for Liverpool, as the Frenchman, who is of Malian descent, has remained injury free throughout the campaign. Though he played less than 1000 minutes, the former FC Sochaux academy graduate has performed admirably. Here, we will have a look at Konate’s debut season at Anfield. 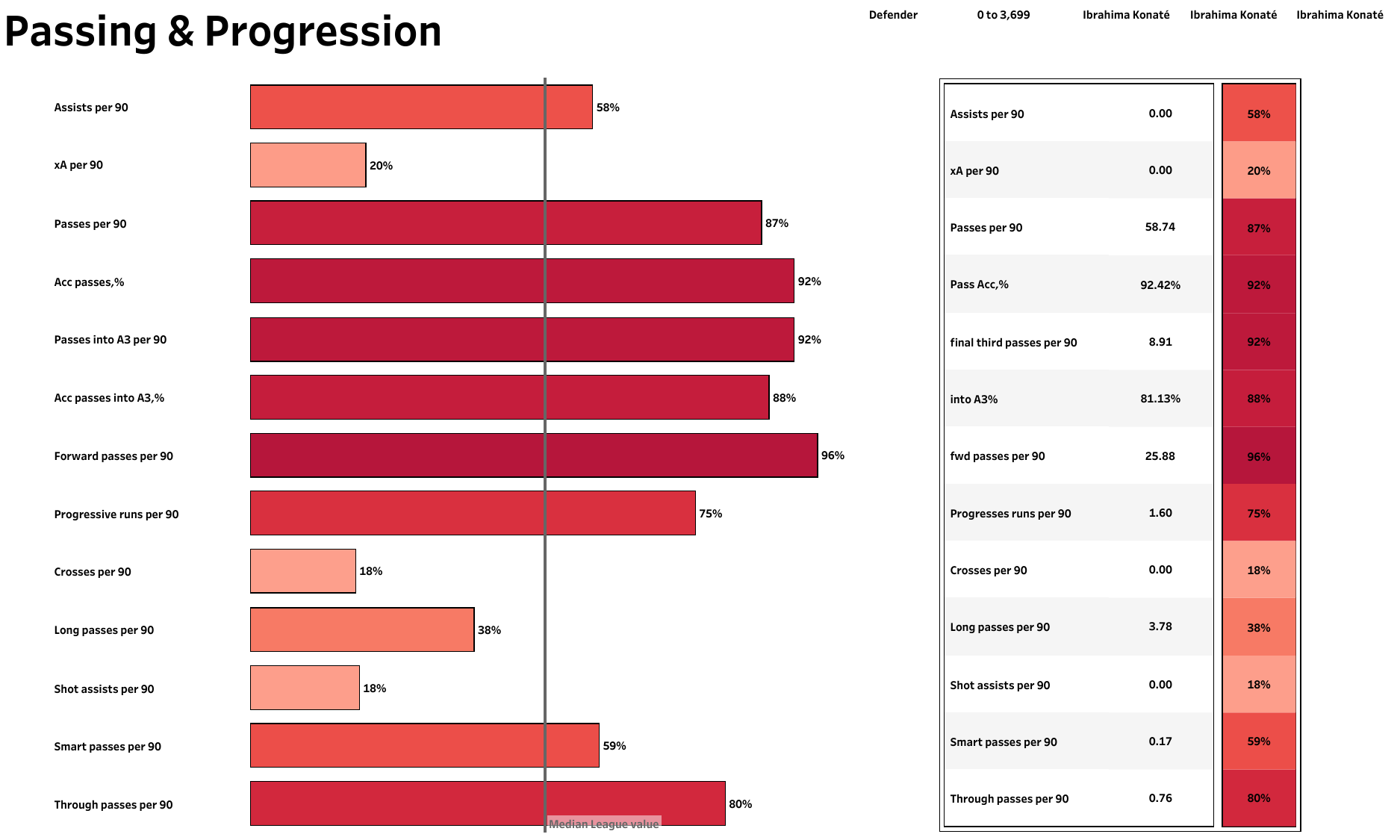 Konate featured 11 times for Liverpool in the Premier League season just gone by. He played the full 90 minutes on each of those 11 occasions. The Frenchman may not have scored or assisted in the league even once this season, but his reliability on the ball has been top notch. The 23-year-old attempted 58.74 passes per 90 at an arrow-like pass accuracy of 92.42%. His 8.91 attempted balls into the final third per 90 found a teammate on 81.13% of the occasions. Konate also completed 0.76 through balls per 90, which ranked him in the upper quintile of this category. In fact, the Frenchman ranked in the 87th percentile or higher in passes per 90, pass accuracy and passes into the final third per 90. 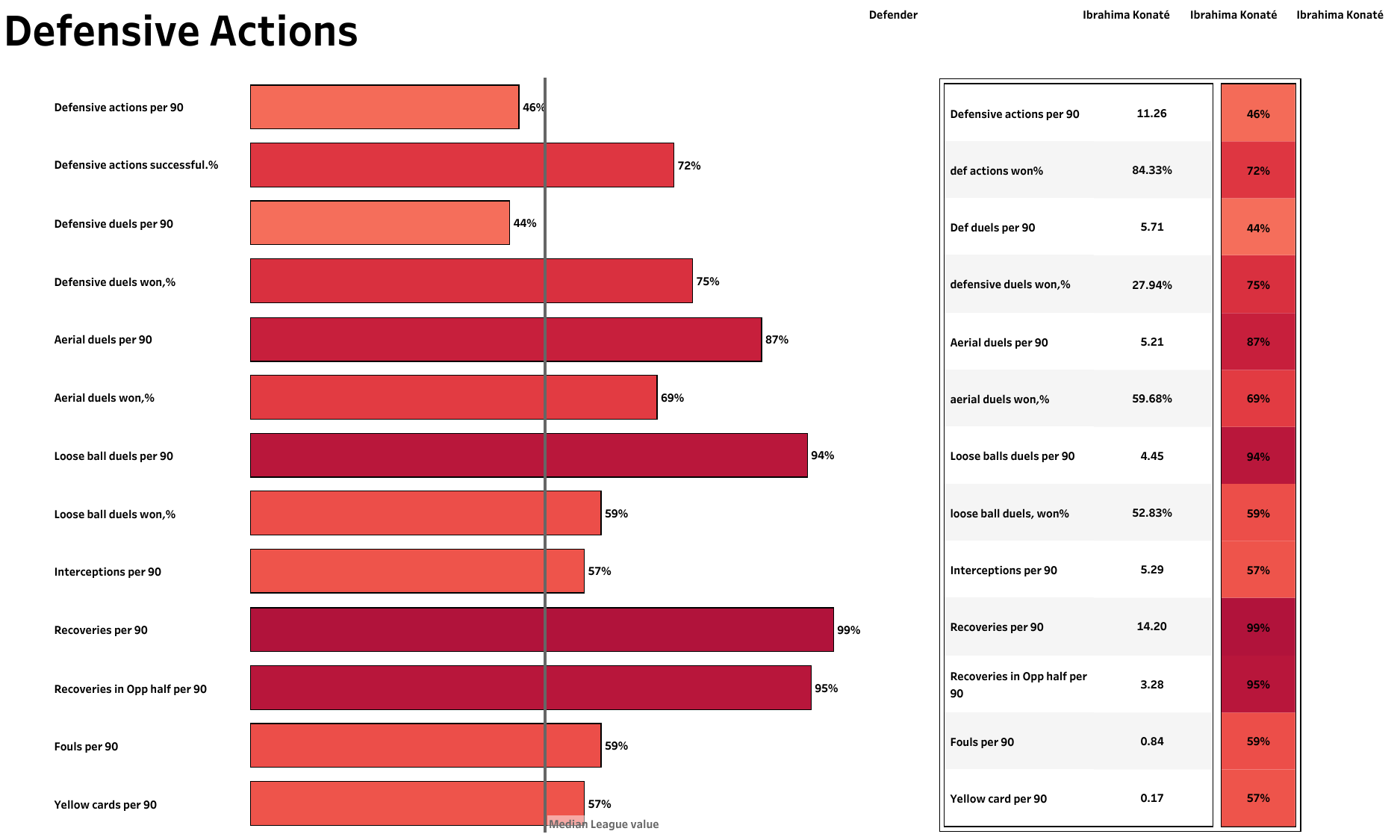 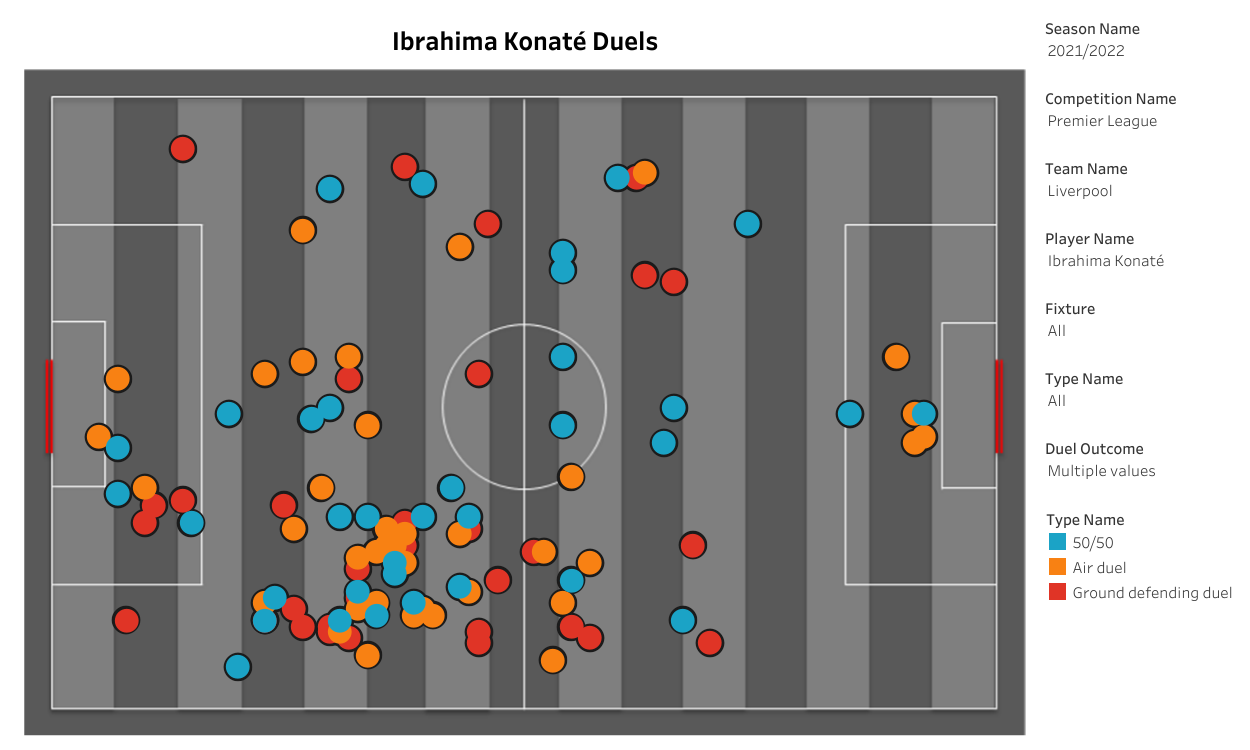 Shown above are the locations of the duels won by Konate in the recently concluded Premier League season. As a right-footed and a right-sided centre-back, most of his successful duels came on the right centre of the pitch in the defensive third as well as in the midfield. The Frenchman won a variety of duels, including ground duels, aerial duels and 50/50s. Defensively, Konate attempted 7.82 pressures per 90, 4.27 clearances per 90, 3.82 tackles and interceptions per 90 and 1.36 blocks per 90 for Liverpool.

Ibrahima Konate performed well for Liverpool in the limited game-time given by Jurgen Klopp. If he continues to perform like this next season, he could break into the Reds’ starting XI and might even earn a callup to the French national team.