Liverpool challenged for the unprecedented quadruple in the season just gone by, though they could only come home with the EFL Cup and the FA Cup. While the likes of Mohamed Salah, Sadio Mane, Diogo Jota and Luis Diaz took all the plaudits for Liverpool, the midfield allowed the attackers to progress ahead without worrying about tracking back all the time. Fabinho, in particular, was the glue that held the midfield together and allowed the attackers to concentrate on creating chances and scoring goals. 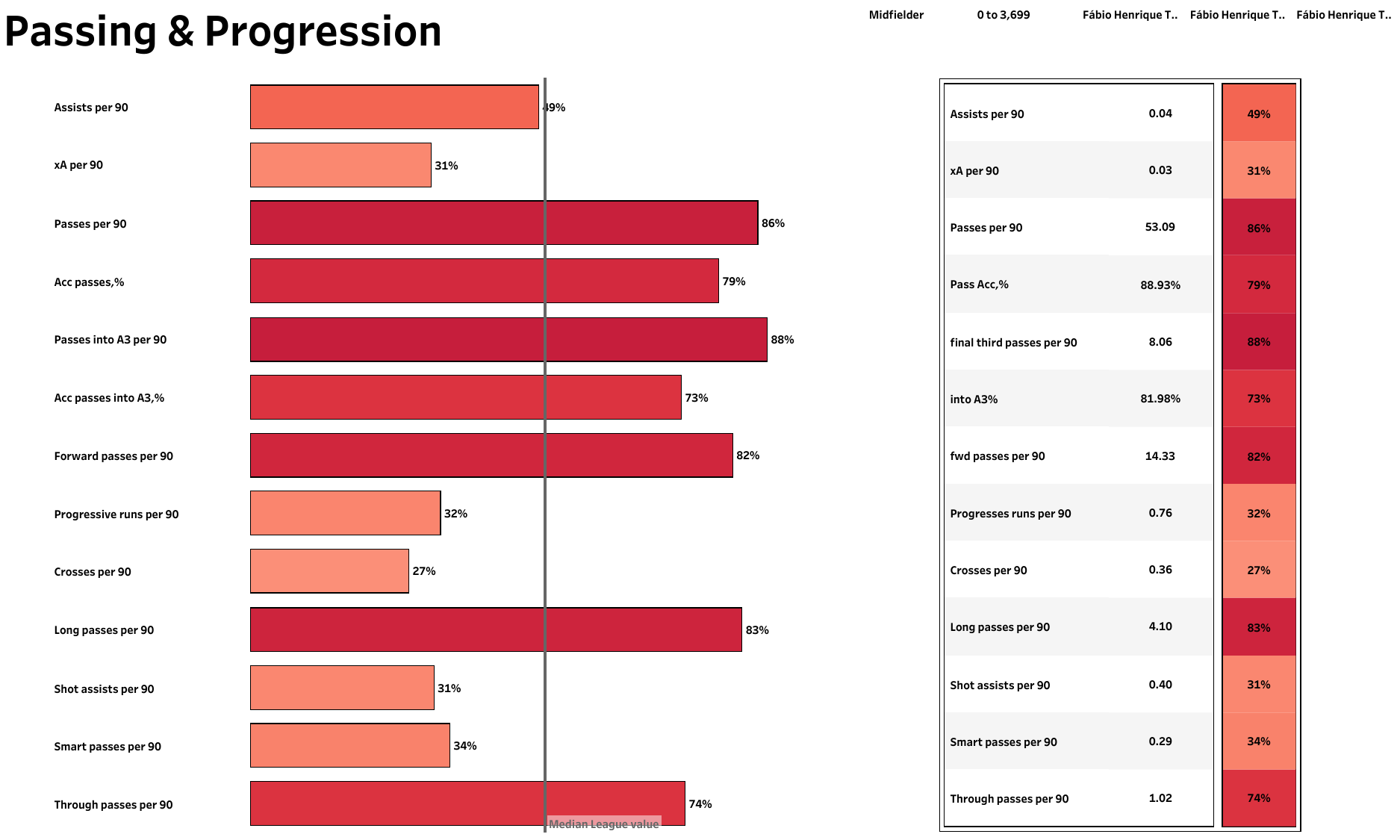 Fabinho featured for Liverpool in 29 games out of the 38 in the Premier League season just gone by. The Brazilian played for 2,314 minutes, ranking him 10th in the Liverpool squad and second among midfielders. When the 28-year-old was out there on the pitch, he managed to score five times. In fact, the Brazilian finished fourth in the Reds squad for goals scored. Only Salah, Mane and Jota scored more. Fabinho was regularly involved in the build-up play for Liverpool, averaging over 53 pass attempts per 90 at a pass accuracy of nearly 89%. Fabinho also progressed the ball as and when required, attempting more than eight balls into the attacking third at a success rate of just below 82%. With 4.1 long balls per 90, the Brazilian midfielder was ranked in the upper quintile of this category. 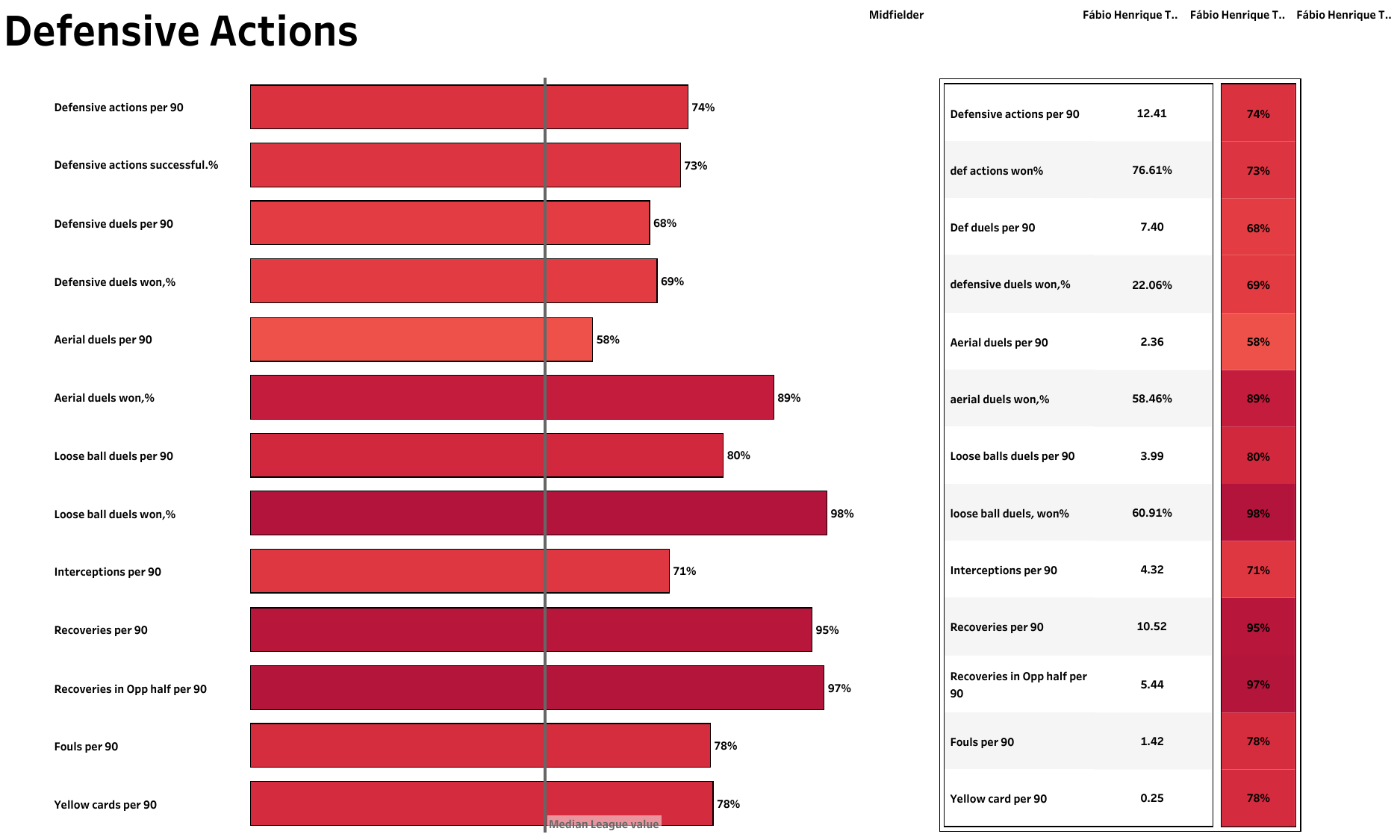 With 12.41 defensive actions per 90 and a success rate of 74%, Fabinho was solid for Jurgen Klopp’s men, doing the dirty work. Aided by his height of 188 cm, the Brazilian midfielder won 58.46% of his aerial duels, putting him in the top 11% of this category. The 28-year-old recovered nearly 61% of the four loose ball duels per 90 he contested. This success rate in loose balls put Fabinho in the 98th percentile for midfielders. The Campinas-born man also completed 4.32 interceptions per 90, 10.52 recoveries per 90 and 5.44 recoveries in the opponents’ half per 90, the latter showing how crucial he was to the Reds maintaining and dominating opposition game after game and stopping counterattacks. 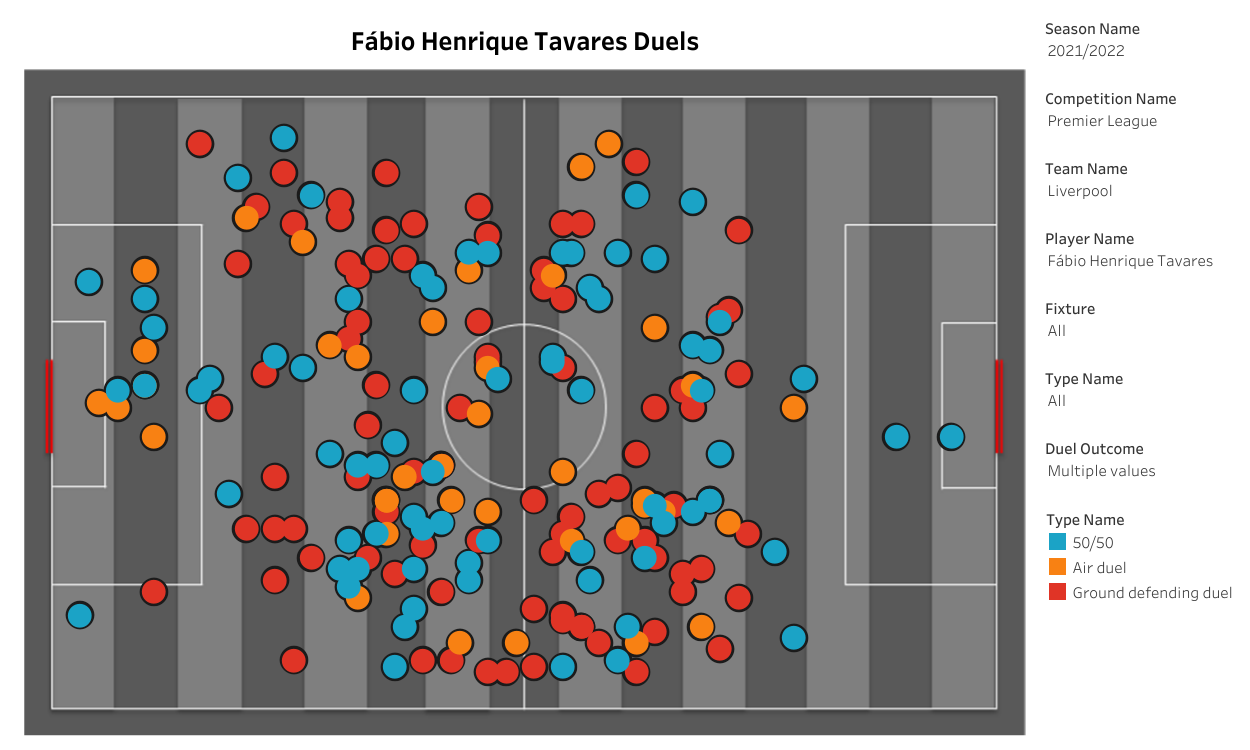 Seen in the above visual are the locations of the duels won by Fabinho in the 2021-22 Premier League season. Unsurprisingly, the vast majority of the successful duels came in midfield. The most common type of duels won by the Brazilian midfielder were ground-based defending duels, followed by 50/50s and aerial duels.

Fabinho was the most important midfielder for Liverpool in the season just gone by, and the Reds faithful will be hoping that the Brazilian continues to perform next season. The Selecao fans will also keep an eye on the midfielder ahead of the World Cup in November.

Under the microscope: Does Sepp van den Berg deserve a backup role at Liverpool next season?