Liverpool have one of Europe’s more established midfield departments. However, there are a number of concerns that must be addressed beneath the surface. James Milner is 36, Jordan Henderson, the club captain, is 32, Alex Oxlade-Chamberlain has scarcely played, and Naby Keita’s future is questionable. The Reds’ midfield will need to be overhauled over the next year or two as players retire. According to recent media reports, the 19-time English champions are rumoured to bring in Italy and Inter Milan’s Nicolò Barella to Merseyside. 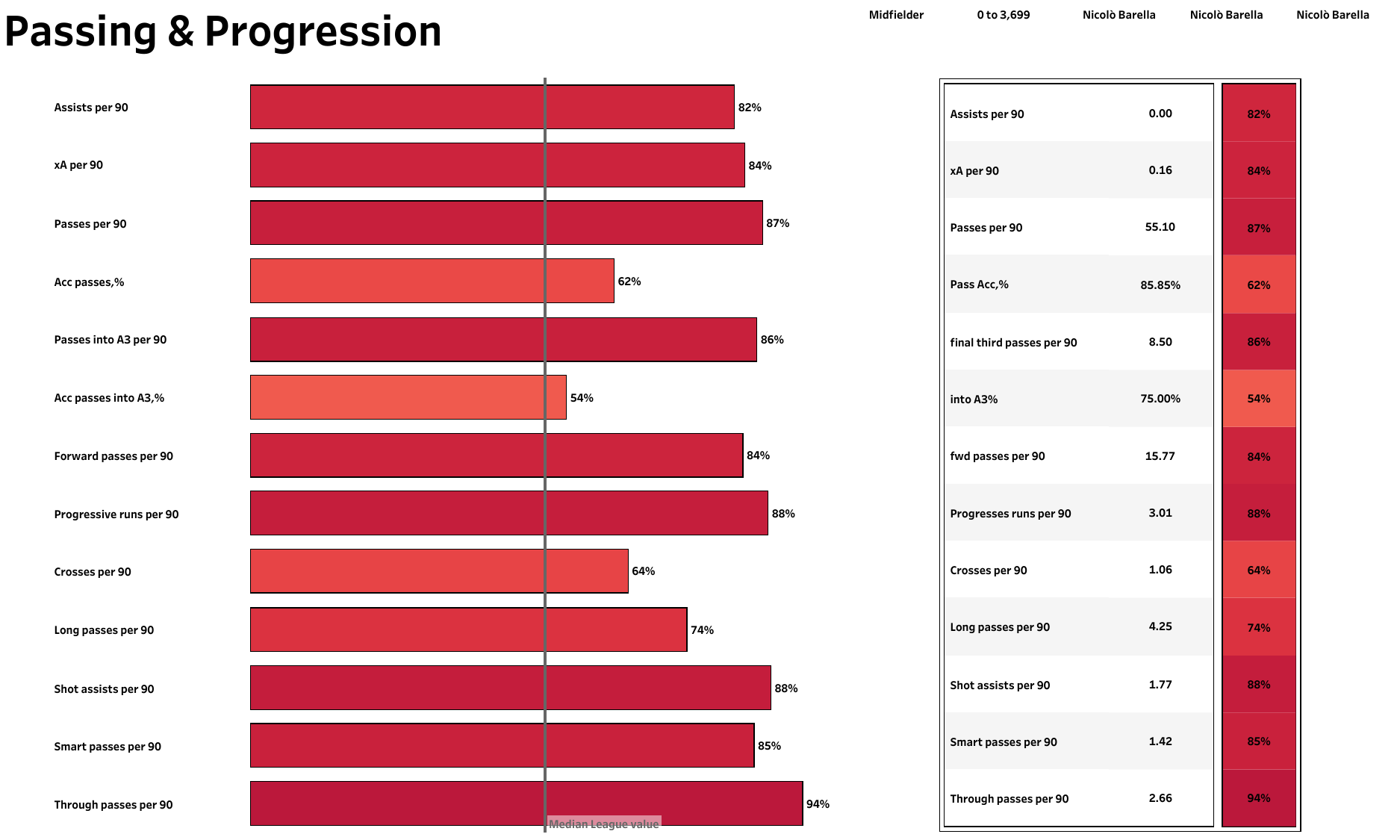 Barella made 47 appearances across all competitions for Inter Milan last season, including six in the UEFA Champions League. He played for 493 minutes and generated 0.16 xA per 90, which put him in the upper quintile for midfielders. He was very much involved in the game, attempting more than 55 passes per 90 at a decent pass accuracy of 85.85%. Similarly, Barella also completed more than six balls into the final third per 90 whenever he was on the pitch. He made more than three progressive runs per 90, being among the top 12% of midfielders. He also completed 4.25 long balls per 90 for the Nerazzurri. 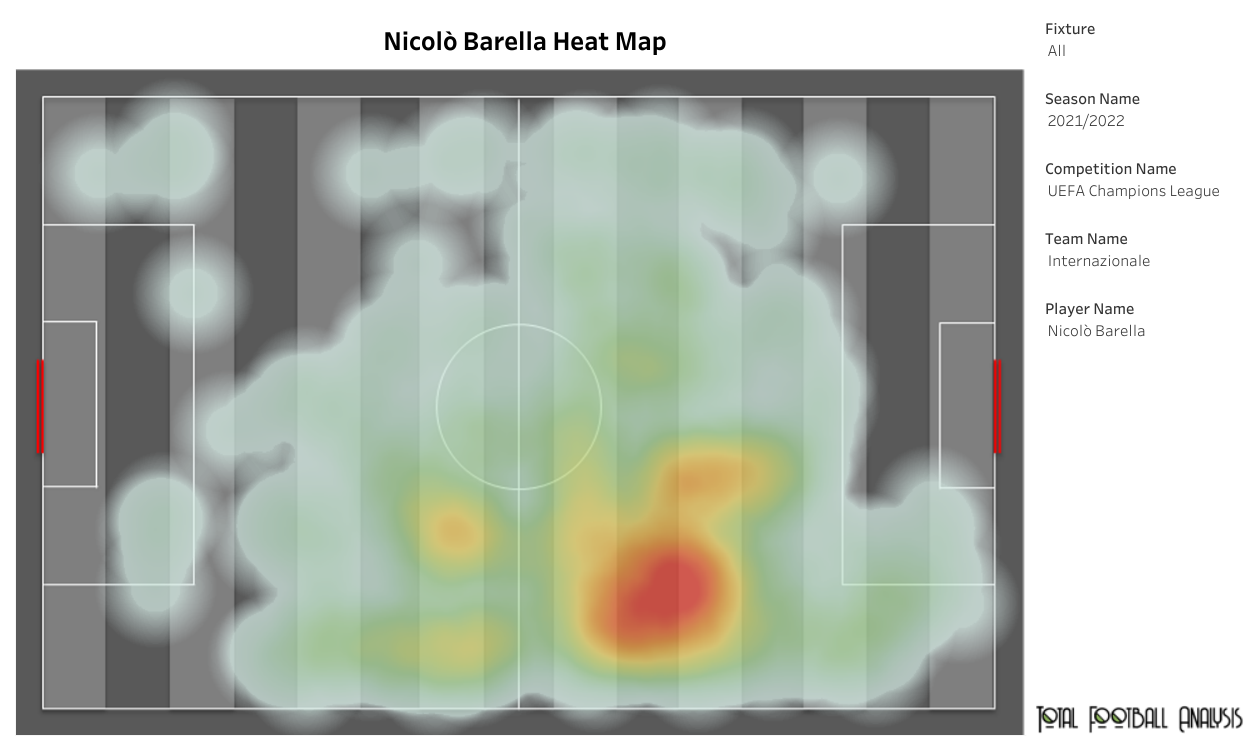 As seen from the above heat map, Barella was most active on the right-hand side of the midfield. He also covered the vast majority of the blades of grass. He performed the duties expected to do so, like tracking back, controlling the centre of the park and advancing forward, whenever necessary. The former Cagliari midfielder attempted eight shots. 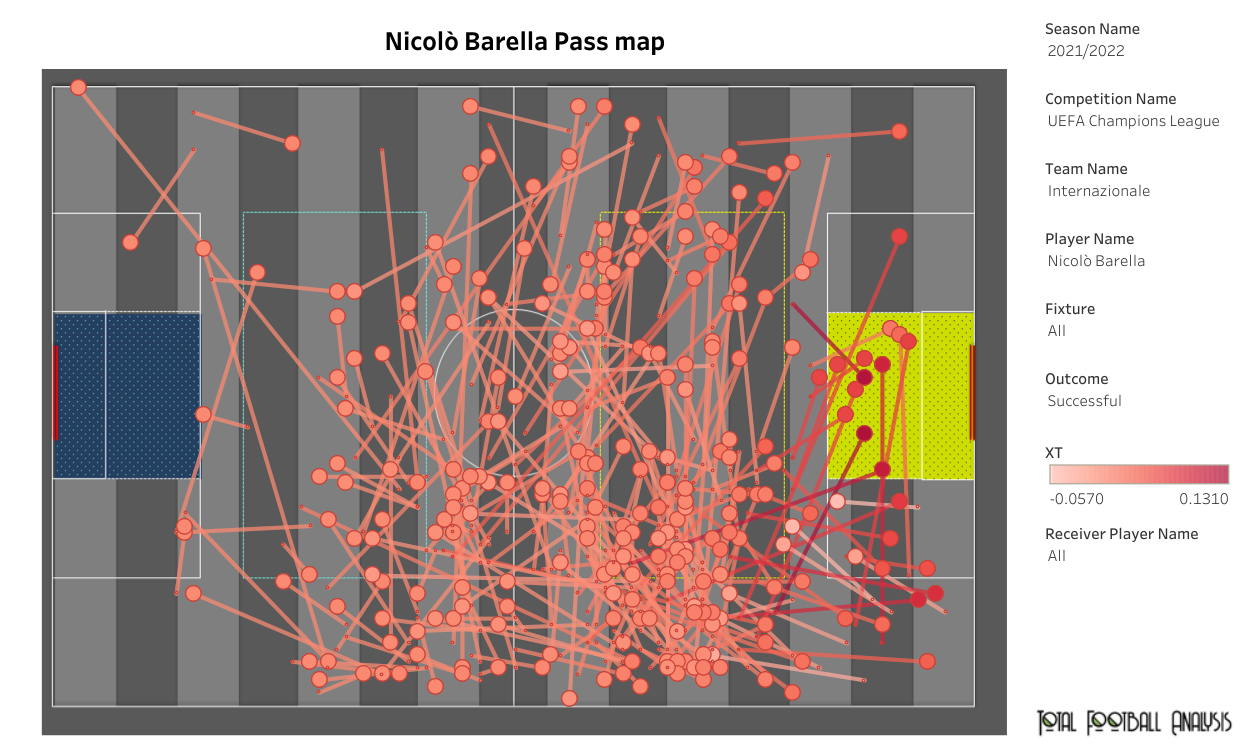 As displayed above, Barella was very much an active player on the ball for Inter. Most of his passes originated from the right-hand side of the midfield. He opted to play safe as well as take risks whenever required. Barella completed a total of 29 progressive passes, 25 balls into the final third, 16 passes into the penalty area and 13 key passes. He also registered 23 shot-creating actions. 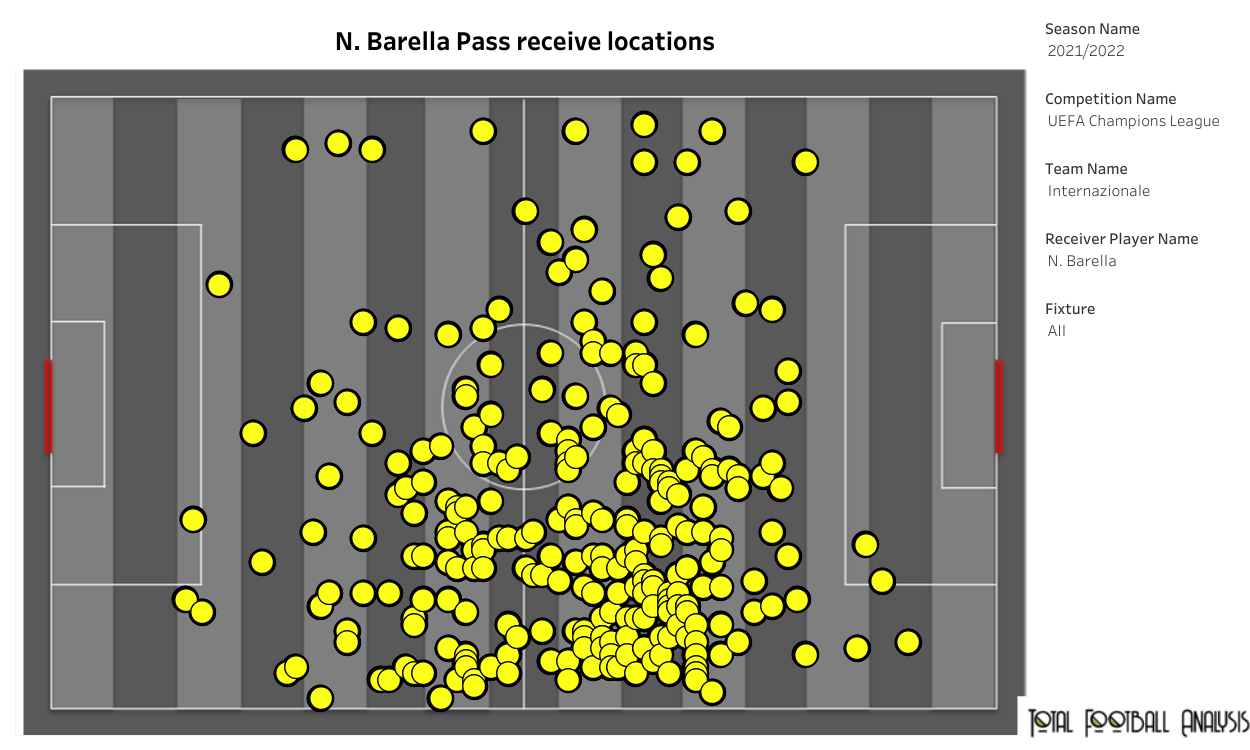 Unsurprisingly, Barella received most of his passes on the right-hand side of the midfield. He completed 40 progressive carries, 16 carries into the final third and received 28 progressive passes. He also ranked second in the Inter Milan squad for touches in the final third, with 135 to his name, only behind Ivan Perisic.

Nicolò Barella has been the quintessential box-to-box midfielder for Inter Milan since his move from Cagliari in the summer of 2019, initially on loan and then on a permanent basis. However, it would be extremely difficult to prize the Italian out of Stadio Giuseppe Meazza because Inter will demand at least €100 million for him.