Liverpool have an almost complete squad heading into this season. They are packed with depth in every department. One area where they are well loaded is in the centre-back position. With Virgil van Dijk and Ibrahima Konate the likely starting two centre-backs, and Joel Matip and Joe Gomez as the backups, this leaves little to no game-time for the likes of Sepp van den Berg, Rhys Williams, Ben Davies and Nathaniel Phillips. The Reds should try to sell at least two of these defenders and receive whatever small fee they get. 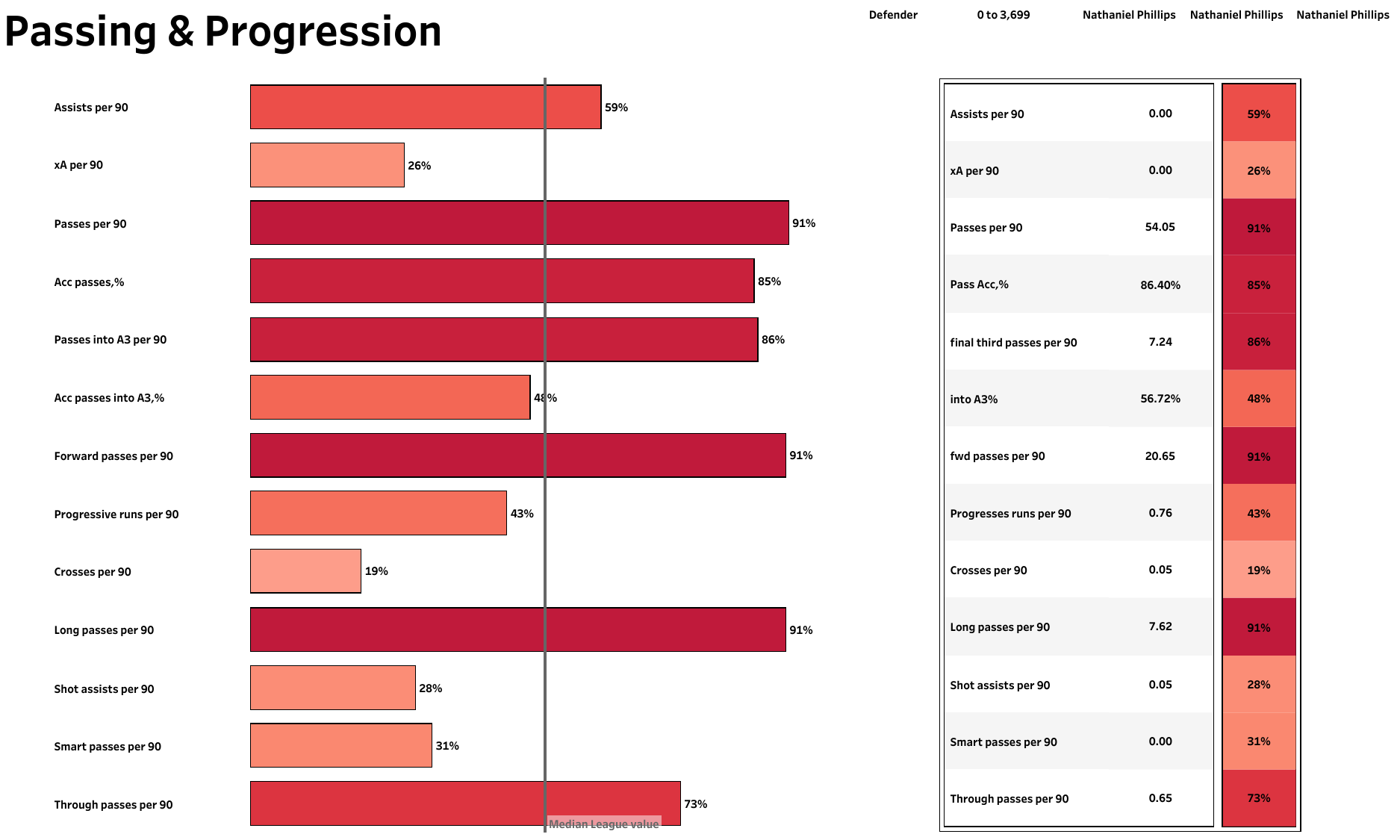 Phillips joined Bournemouth in the January transfer window of 2022 from Liverpool on a loan deal. He played 17 times for the Cherries in the EFL Championship as they won automatic promotion. Despite failing to score or assist, he was an important player for the team, especially in passing. The Englishman attempted over 54 passes per 90 with very good accuracy of 86.4%. He also attempted 7.24 passes into the final third per 90, though his accuracy was not as good as his overall pass accuracy. With 7.62 long passes per 90, he was placed in the top 9% of defenders. 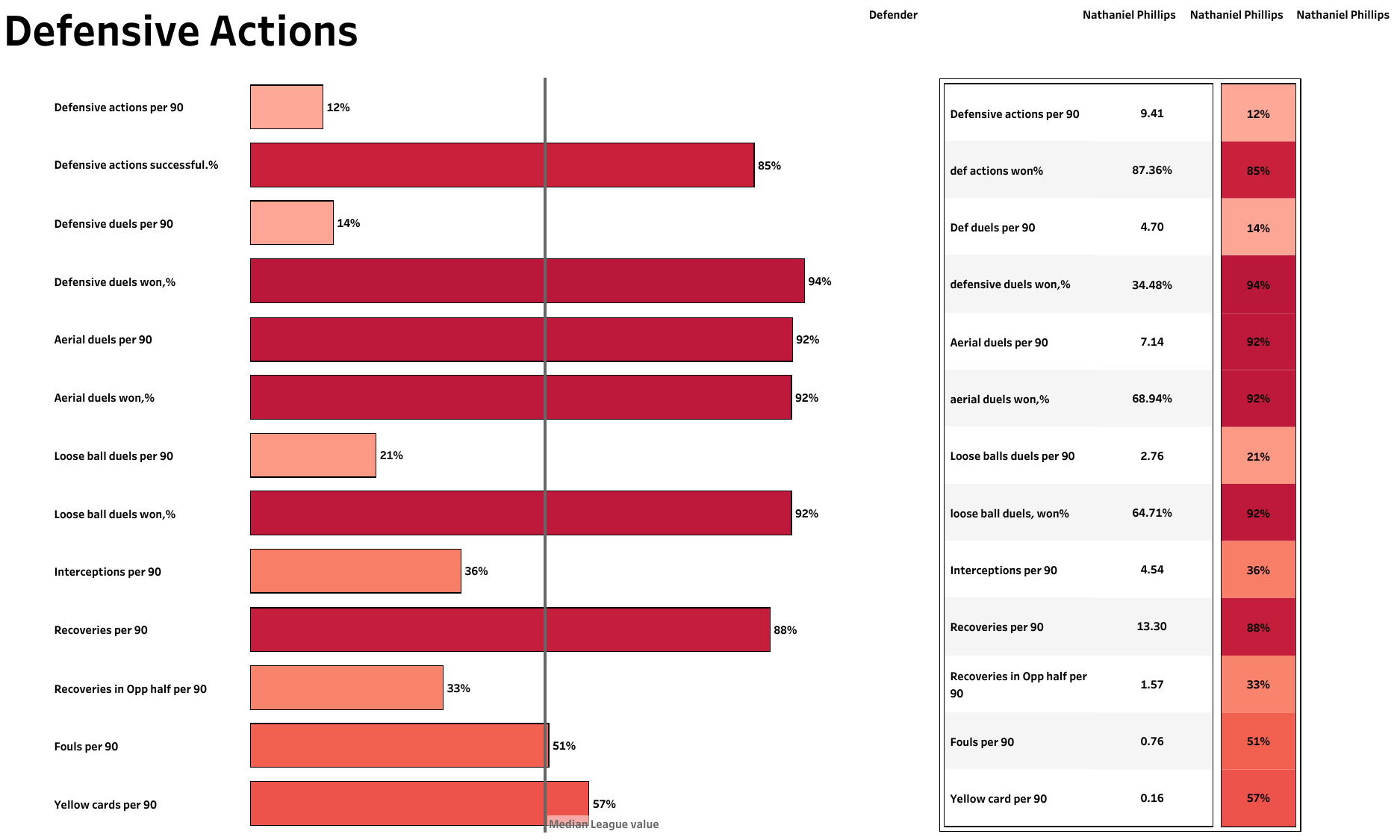 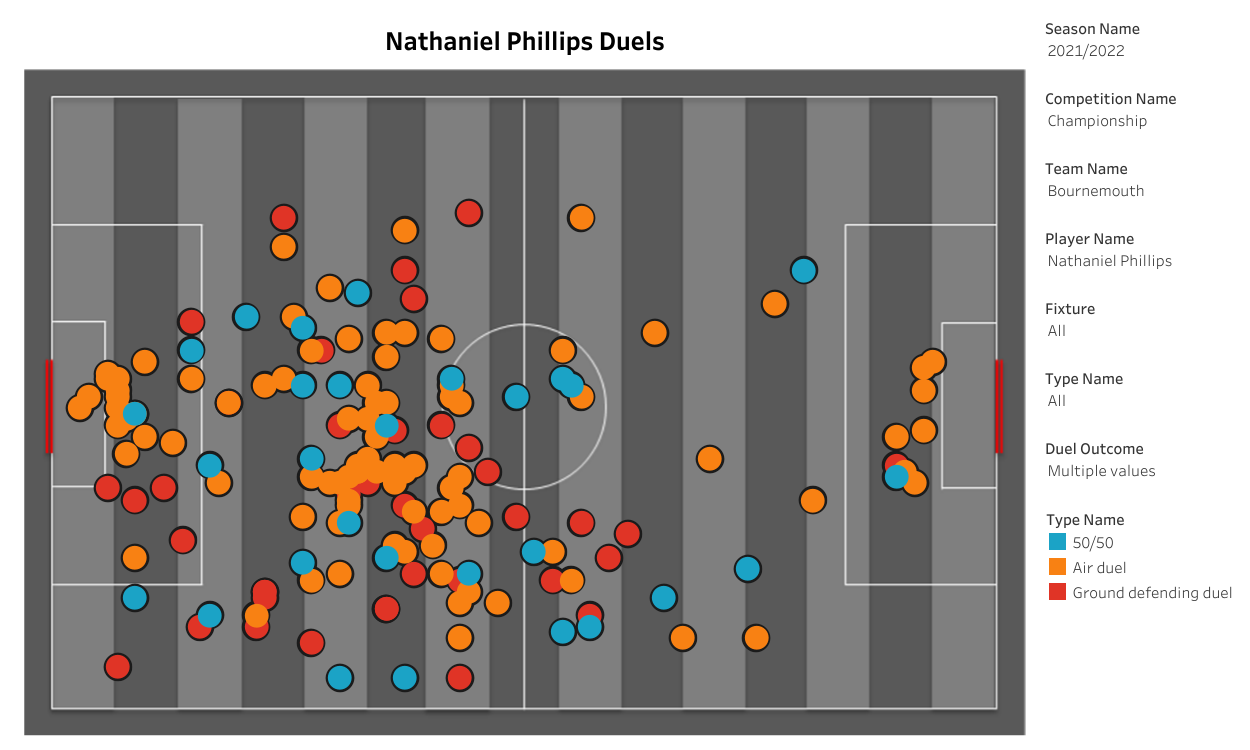 Phillips won most of his duels in the form of aerial duels, followed by ground-based defending duels and 50/50s, though the latter two were far less common than aerial battles. He won the majority of his duels in the defensive third, and some of these came in the middle third as well. He won a lot more aerial duels in his penalty area than in the opponents’ penalty area, showing his ‘defence first‘ mindset. 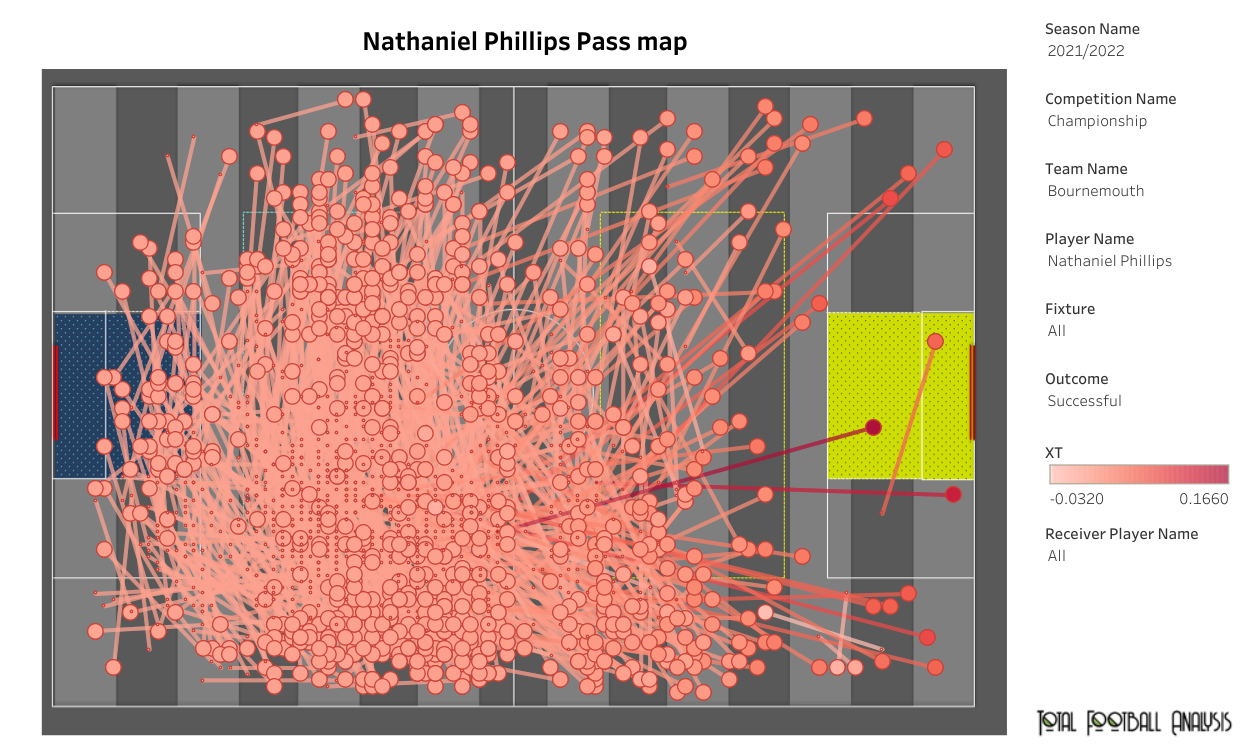 Phillips was a reliable passer of the ball for Bournemouth, completing more than 86% of his passes. He opted to play it safe, but he also took some risks by regularly attempting passes into the final third. His experience under Jurgen Klopp definitely helped the Cherries on the field in their automatic promotion to the Premier League.

It may seem like Liverpool should not sell Nathaniel Phillips, but the Reds are already loaded at centre-back. So, Phillips and one other young defender can be sold to receive the funds needed to bolster the midfield in the summer of 2023.